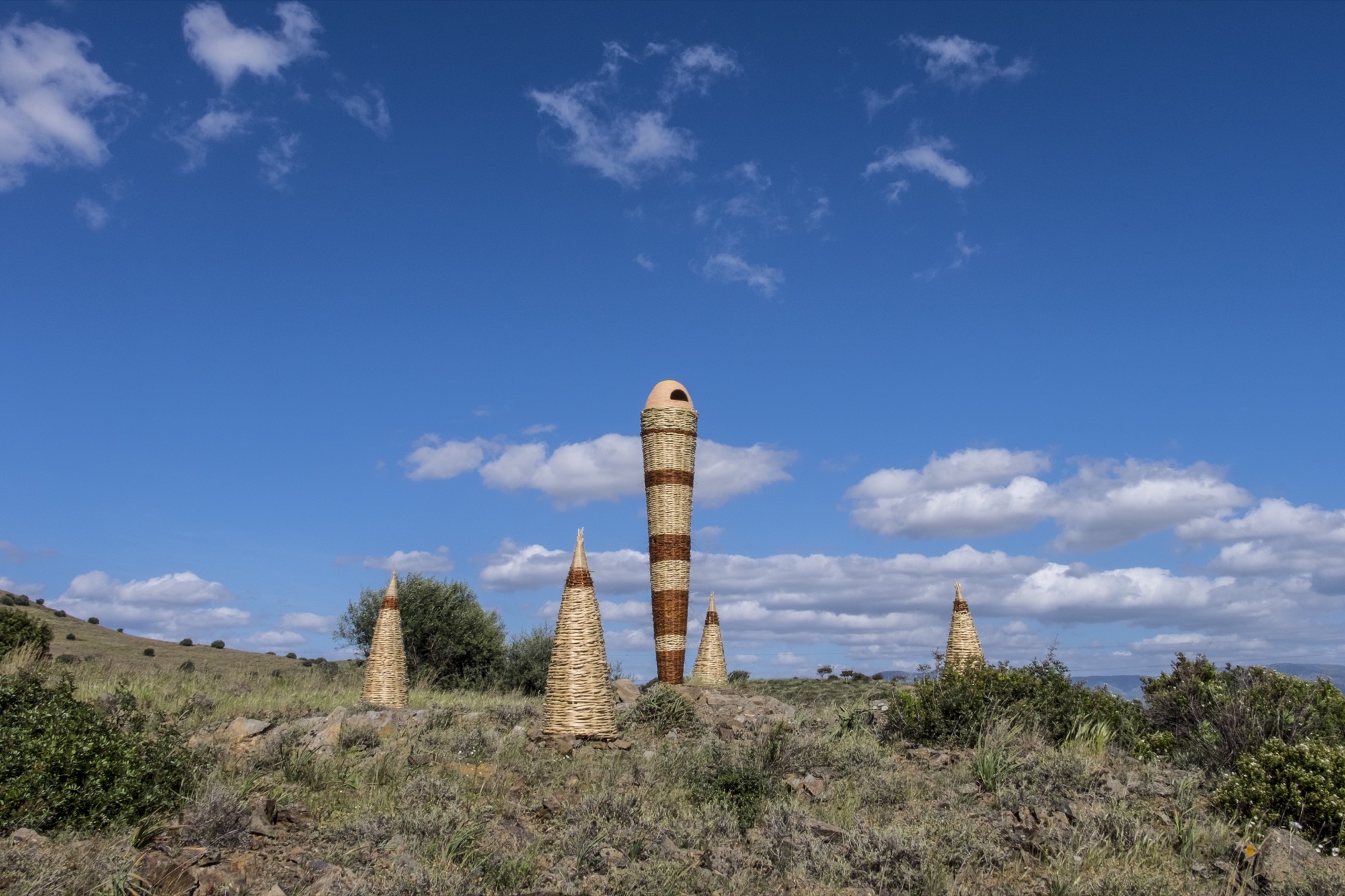 Torre di volo is to be considered a step in Gola Hundun’s current ABITARE research path, which is both an investigation into the space of coexistence between different species, and an examination of those places transformed by human action, abandoned by the latter and then resumed from the creation / occupation of the other animal and plant species.

Specifically, Torre di Volo is the latest in a series of installations that have as their starting point the desire to create a form capable of hybridizing the fascination for the ancestral totemic verticality and the desire to create a living space easily accessible to certain species and biological niches.
In this case the piece is dedicated to the Kestrel, a bird of prey that the artist spotted inside the lands that make up the Campidarte base not far from Monastir (Sardinia) during my artistic residence.

The installation stands today on a ridge of that land, in an elevated and strategic position, generally loved by birds of prey. The internal structure is made of wood, while the shell is in terracotta, the structure epidermis was created through the weaving technique with three weavers also typical of Sardinian basketry, using marsh reed fibers (used in Sardinia) and willow branches (more typical of the tradition of my lands).
The central element of the installation is inspired by the forms of the flight control towers of the airports, architectures that have always had a strong fascination on my imagination both aesthetically and poetically, and hence the name of the piece. The artist tried to transform them into organic totems.

From the tower that the artist interpreted, he hopes that in the near future the flight of a bird of prey will begin, allowing us to observe in reality the idea of flying, going and coming back and making the structure itself come alive: the occupation of the tower by a bird is part of the idea of the installation and is indispensable for its completion.

Around the central structure four elements radially arise on the cardinal points (calibrated with the compass) to symbolize the meridians themselves, therefore the orientation in flight and in going, they were also designed to give greater space to the installation, to provide the user the feeling of entering a circumscribed space when approaching the tower, a space that wishes to be a sacred refuge.
The circular plan with radial development and the wedge-shaped forms of the installation are influenced by the architecture of the nuragic and prenuragic era.

On the middle of the central tower Gola opened a minor entrance that leads to an intermediate shelf, to increase the possibility of use by birds or other animals of the structure. In fact the original idea and the choices with respect to the dimensions and the hole were taken thinking about the occupation of a Kestrel. 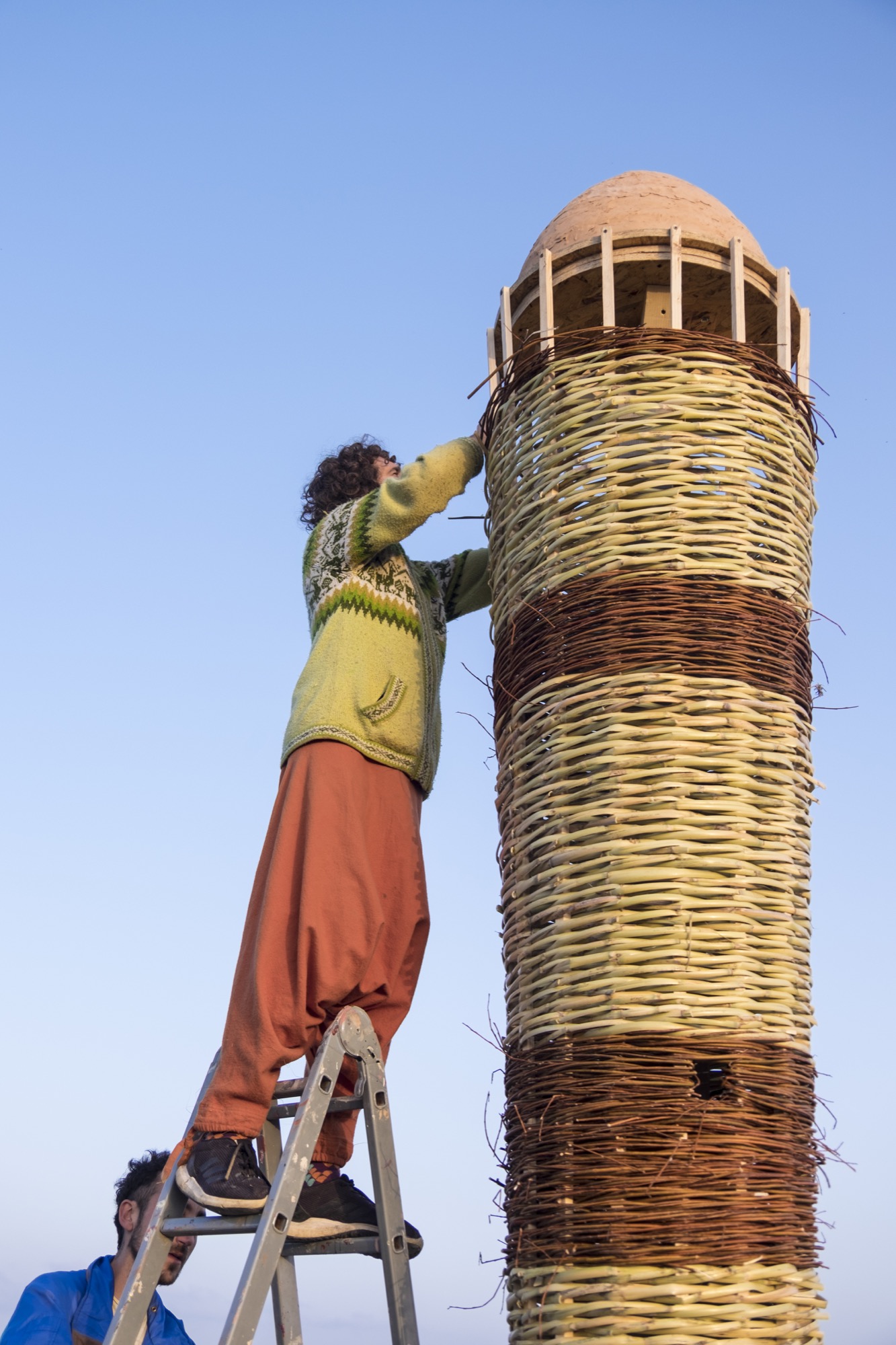 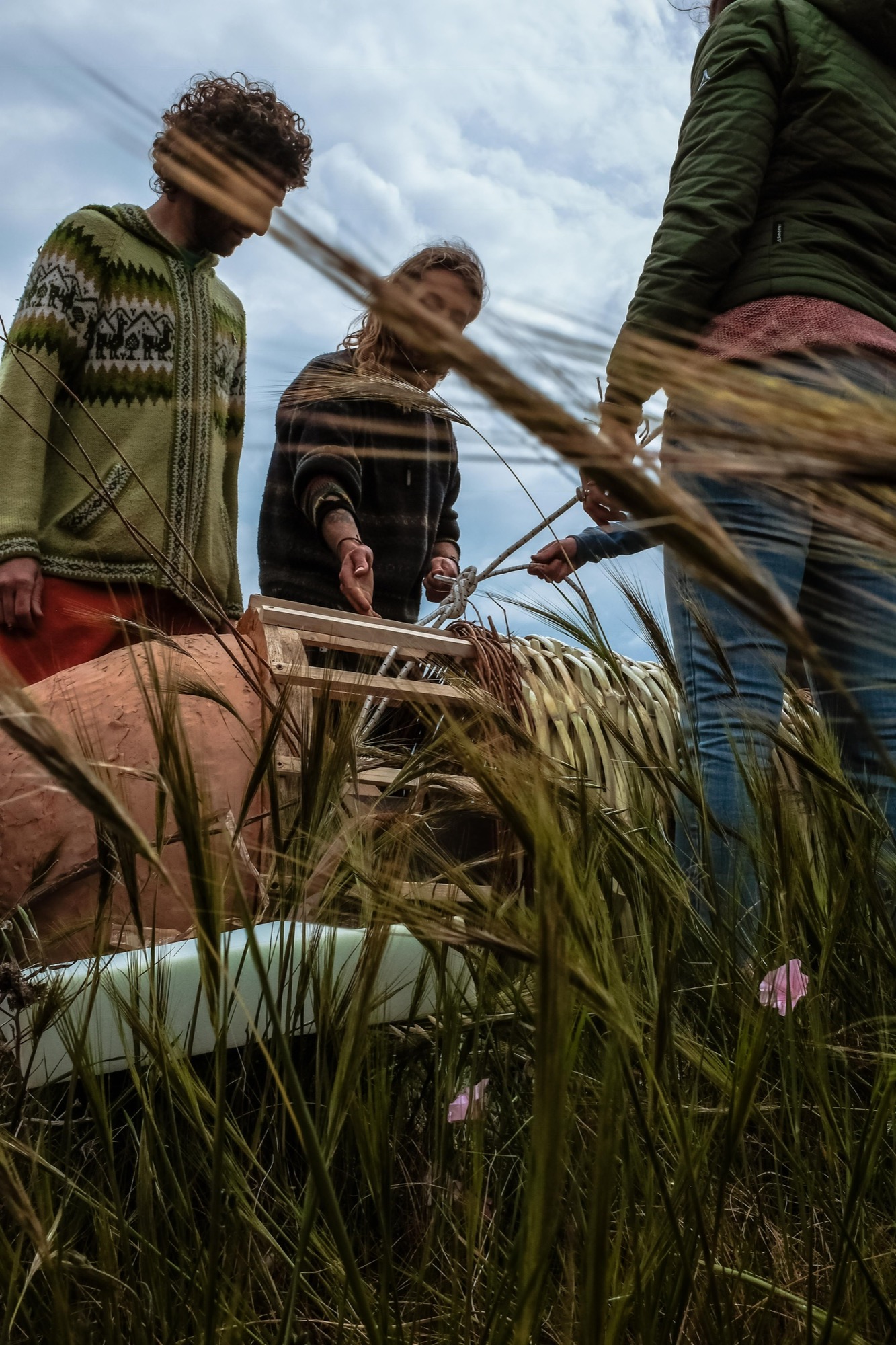 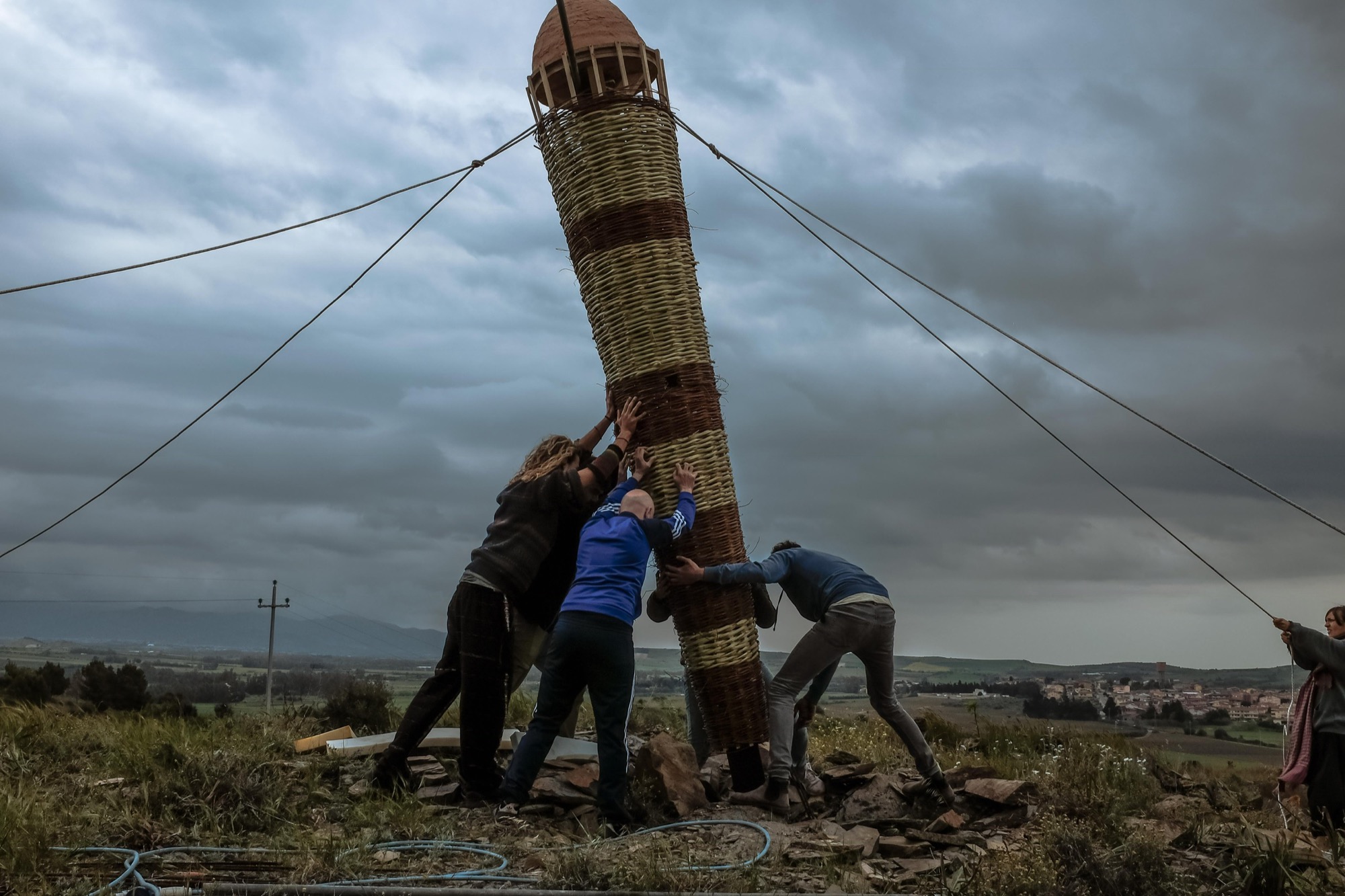 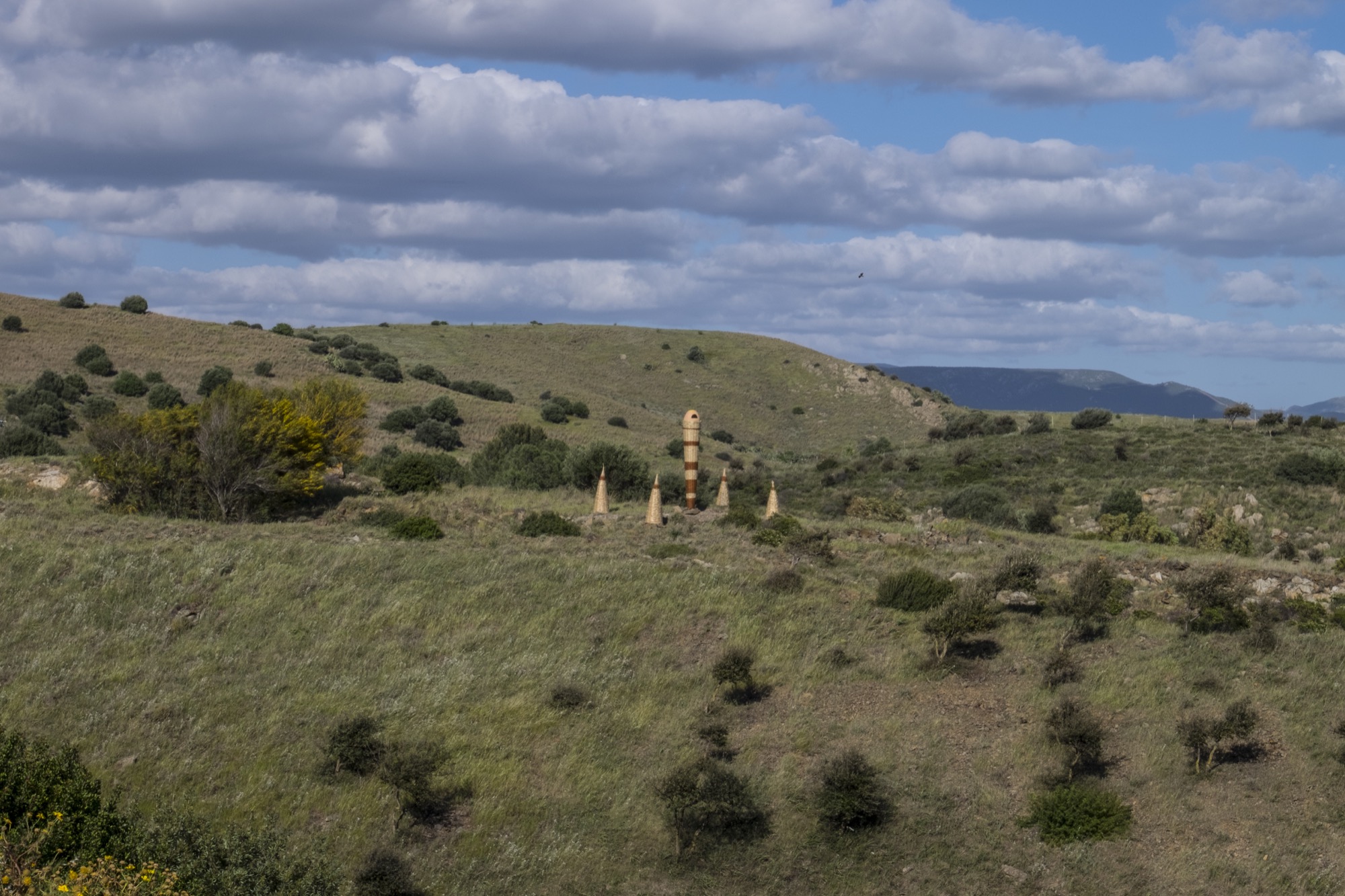 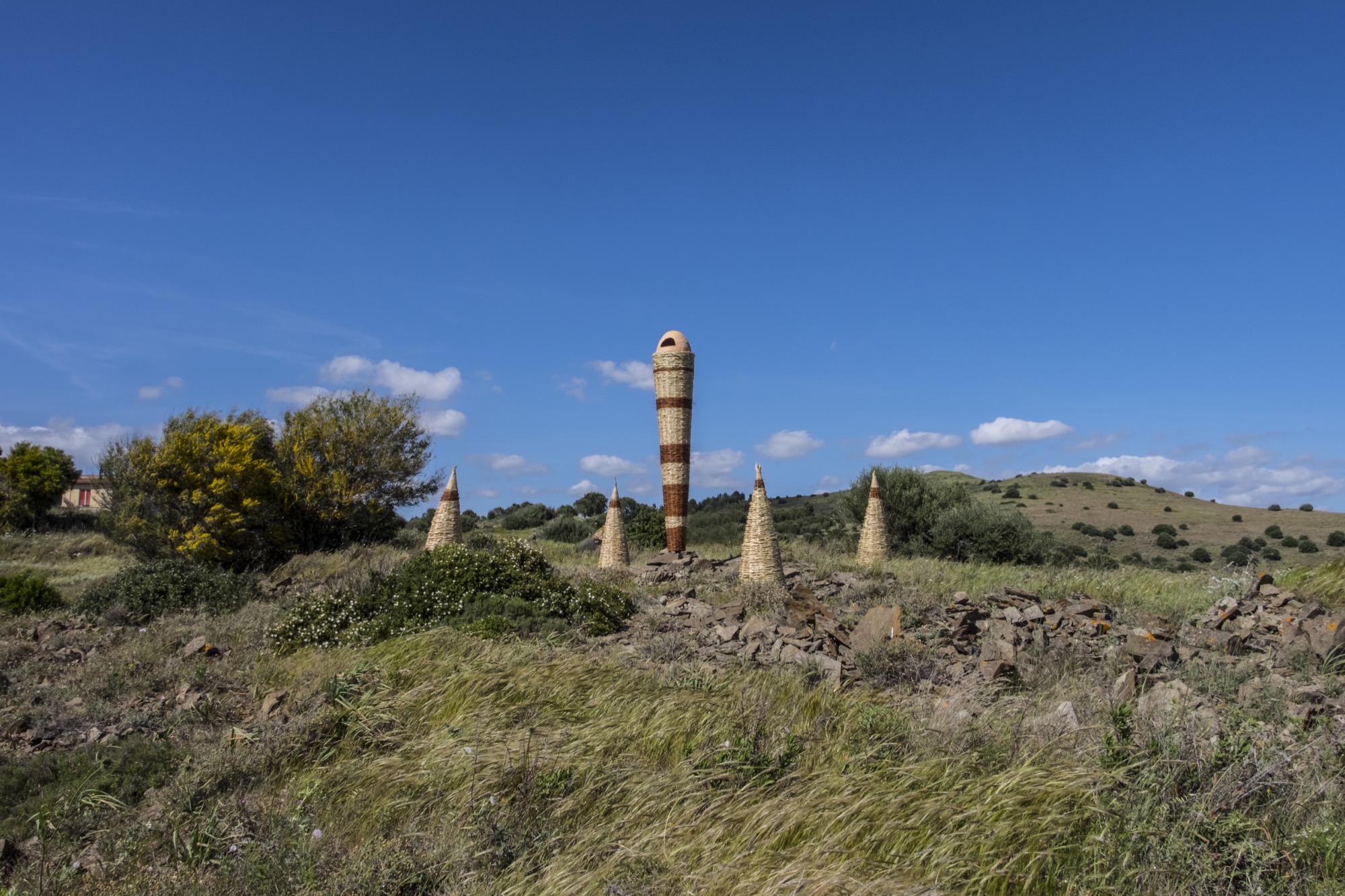 The post “Torre Di Volo” an Installation by Gola Hundun in Italy appeared first on StreetArtNews.