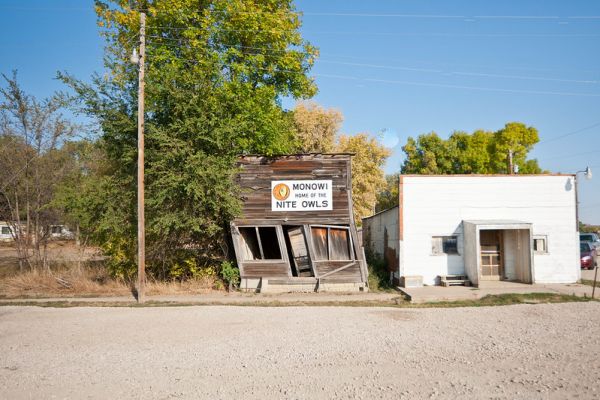 Monowi, Nebraska, is the smallest incorporated town in the United States, with a population of one person. You read about it here quite a few years ago. Elsie Eiler has been the mayor and sole resident since 2004, when her husband Rudy died. So when Eiler read the results of the 2020 census, the information on her town came as quite a surprise.

The U.S. Census Bureau was reporting Monowi’s population had exploded by 100% and was now home to two people, according to 2020 results it recently released.

“Well, then someone’s been hiding from me, and there’s nowhere to live but my house,” Elise Eiler said Wednesday. “But if you find out who he is, let me know?”

His name is Noise, and he was created by an algorithm to try to protect Eiler’s personal information. Monowi didn’t add another resident to its population, but the Census Bureau did.

“What you’re seeing there is the noise we add to the data so you can’t figure out who is living there,” a Census spokeswoman said. “It protects the privacy of the respondent and the confidentiality of the data they provide.”

It’s a bit late to protect Eiler’s privacy, as she is well-known for running her small town as she sees fit. She’s not alone, so to speak, as the nearby town of Gross went from a population of two to three, unbeknownst to the couple who live there by themselves. Read about the Census Bureau’s algorithm that alters the reports we see, called disclosure avoidance, at the Lincoln Journal-Star. -via Damn Interesting