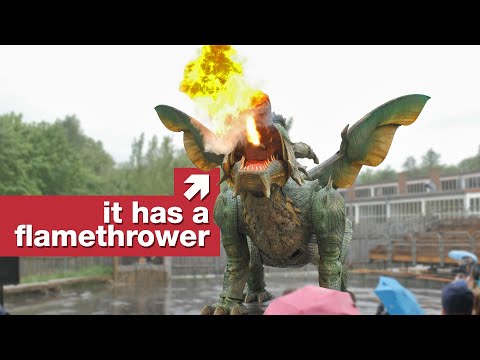 Almost every town has a festival, and its theme is important to drawing tourists. Who wouldn’t want to attend a dragon-slaying festival? It happens every August in the town of Furth im Wald, Germany, for more than 400 years now. They re-enact a classical dragon tale, with a huge dragon, once operated by people, although it eventually became mechanical. Now they have an 11-ton remote-control robot dragon! The dragon is named Tradinno, and for a while it held the record for the world’s largest robot. Tom Scott gets a look at the dragon ahead of the festival. Want to go? Check out the festival site, which is in German.