A bizarre accident in Holland yesterday: A train approaching the end of an elevated track failed to stop, smashed through a stop block and jumped the end of the platform. The only thing that prevented the leading car from taking a 10-meter nosedive was a fortuitously placed sculpture shaped like a massive whale tail: 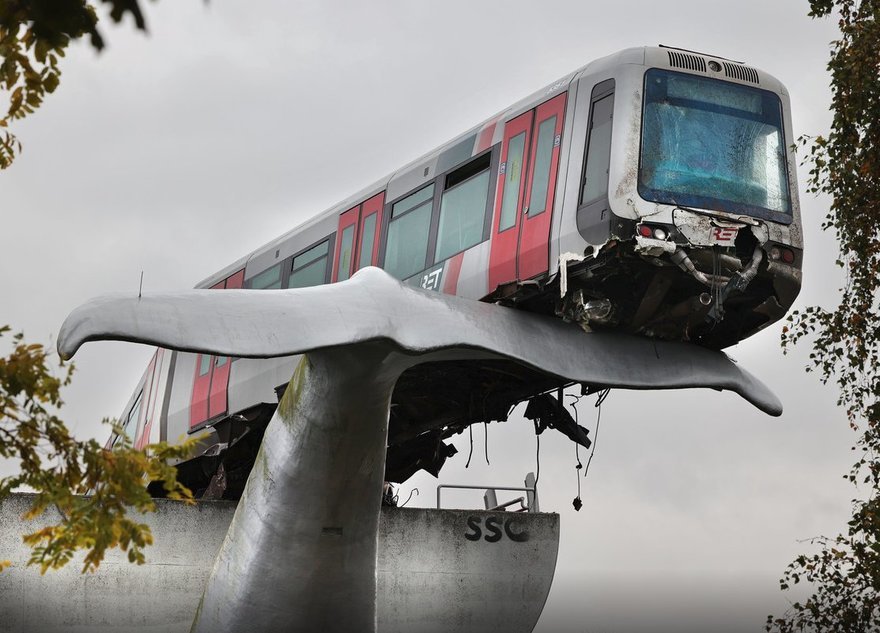 “The driver of the train, who was the only person on board, was unharmed in the incident which happened just after midnight at Spijkenisse, near the port city of Rotterdam. 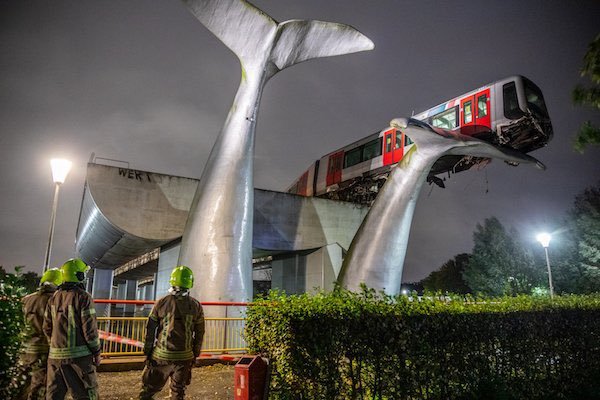 “The front carriage was left hanging 10 metres (30 feet) above the water, propped up only by the giant silver-coloured sculpture — called, improbably, ‘Saved by the Whale’s Tail.’

“‘The metro went off the rails and it landed on a monument called Saved by the Whale’s Tail. So that literally happened,’ Carly Gorter of the Rijnmond regional safety authority told AFP. ‘Because of the whale’s tail the driver actually was saved, it’s incredible.'” 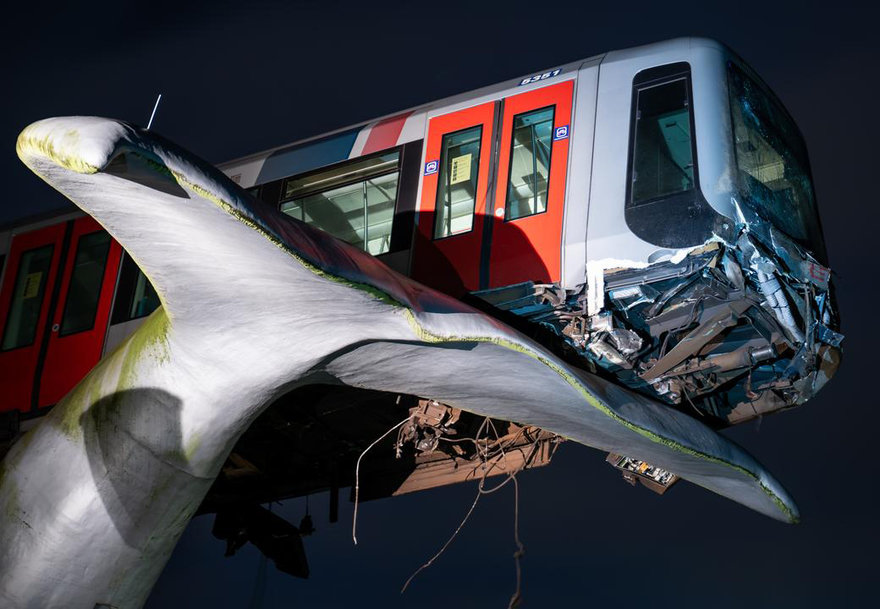 The sculpture, created by architect Maarten Struijs in 2002, is actually made out of plastic. “I am amazed that it is so strong,” Struijs told The Guardian. “When plastic has stood for 20 years, you don’t expect it to hold up a metro train.”