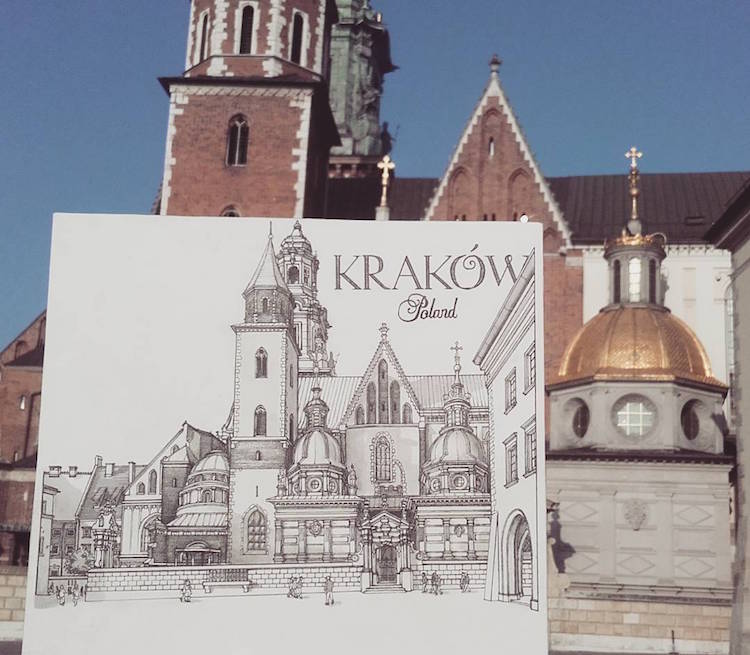 Artist Maxwell Tilse has come up with a creative project that combines two of his passions: illustration and traveling. Originally from Sydney, Australia, the 23-year-old now calls London home, and has taken full advantage of his time abroad by backpacking throughout Europe. To document his travels and keep up with his artistic practice, Tilse creates detailed sketches of each city he visits, resulting in a stunning and seemingly never-ending series of illustrated postcards.

Described as a “comic diary,” his collection of drawings features the historic landmarks and iconic architecture that characterize each city. From the sloped and snow-covered rooftops found in cities across the Czech Republic to the glimmering gold towers of Parliament in London, Tilse captures the feel and look of each destination through his minutely detailed illustrations.

The artist begins each piece with a preliminary, on-the-spot drawing, which he perfects later in the day. “I’ve mostly done quick pencil sketches outside,” he explained on Bored Panda. “Then, I’ll find a warm cozy place to finish the drawing with a hot meal and a cold beer.” Sounds like a great way to work!

Tilse posts his series of travel drawings on his Instagram, where you can keep up with his jet-setting lifestyle and European adventures.

See some of his skillfully-sketched illustrated postcards below. 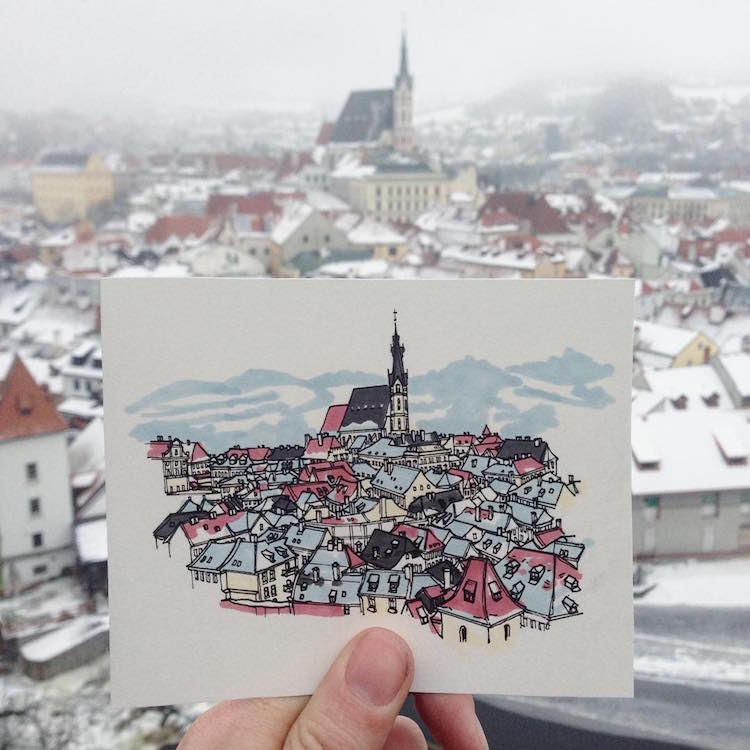 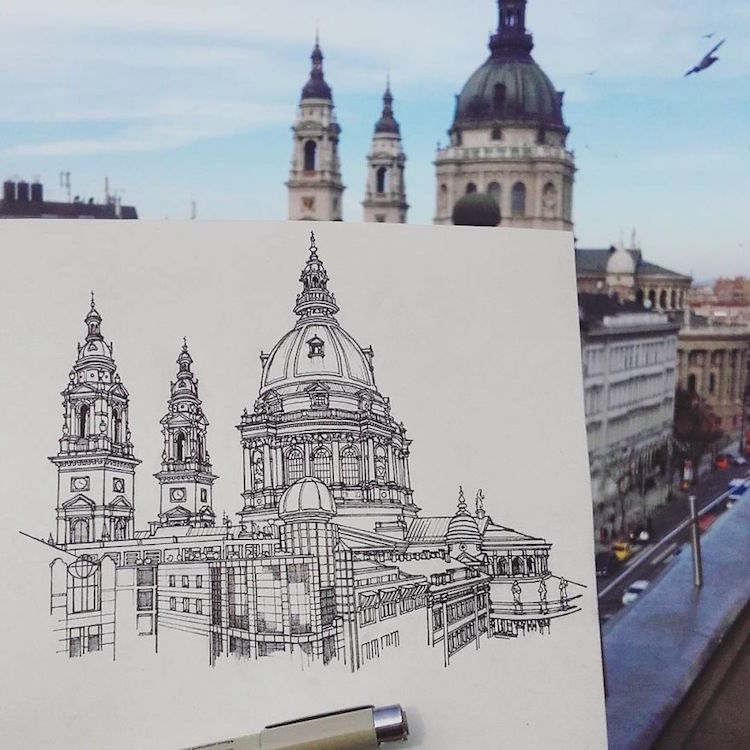 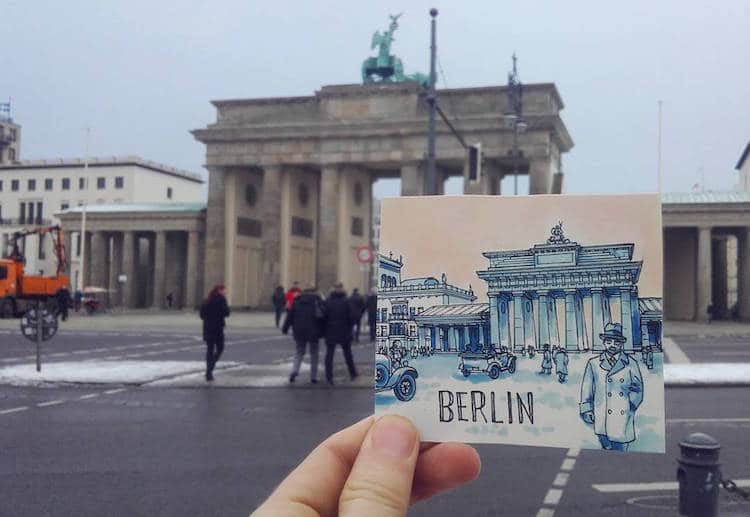 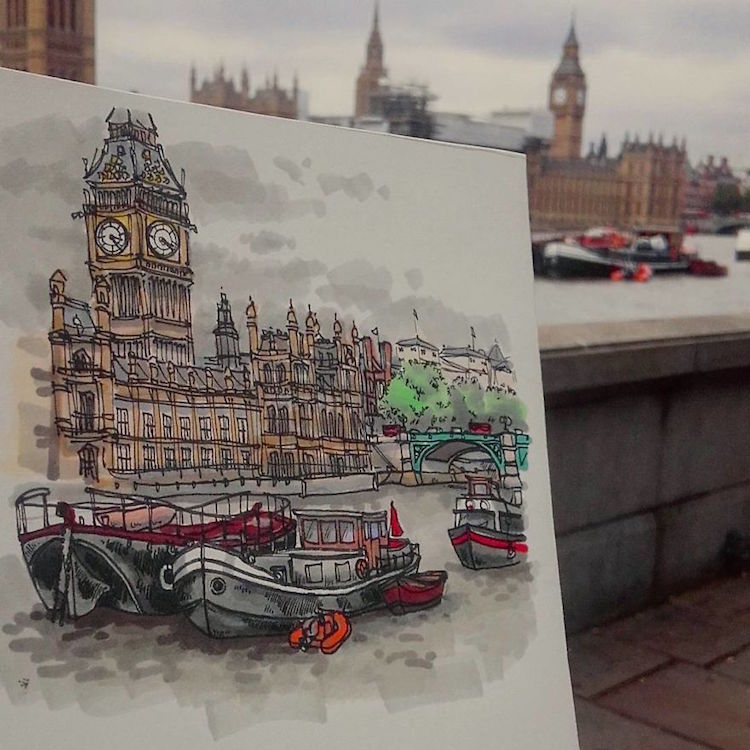 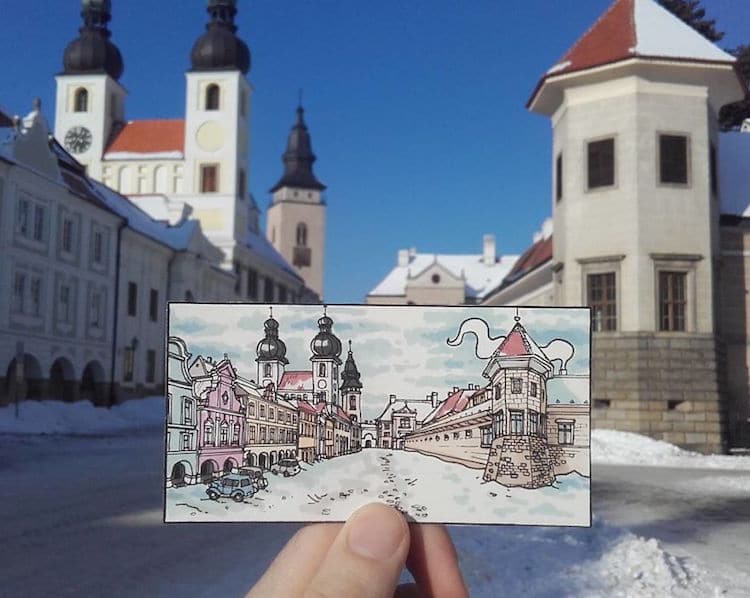 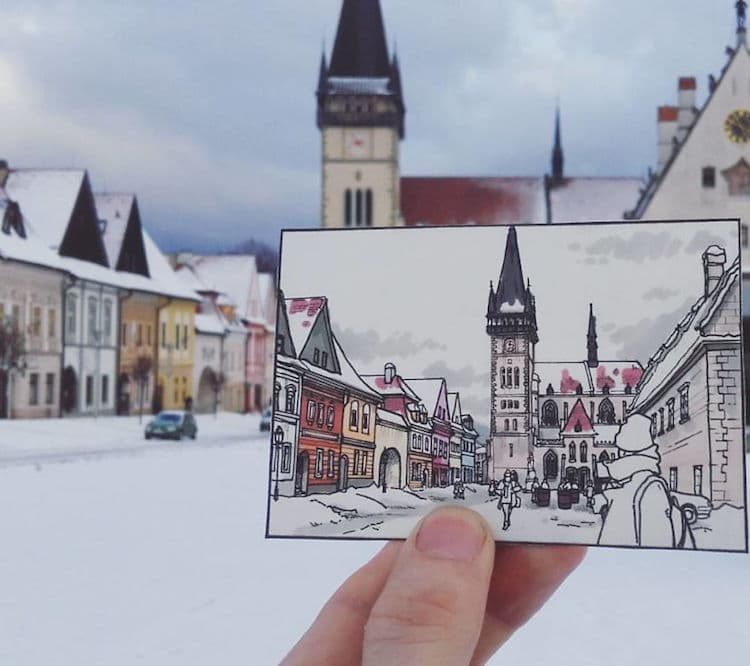 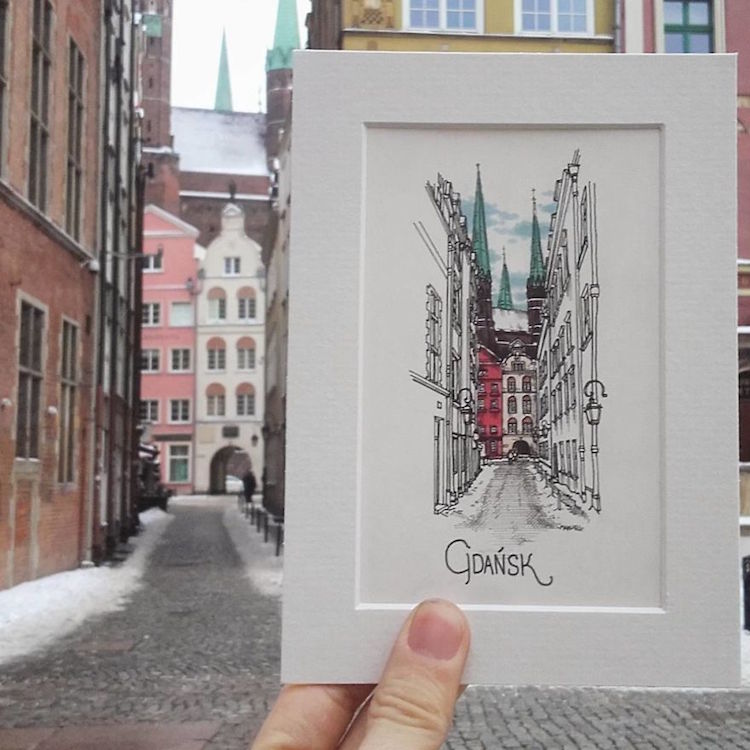 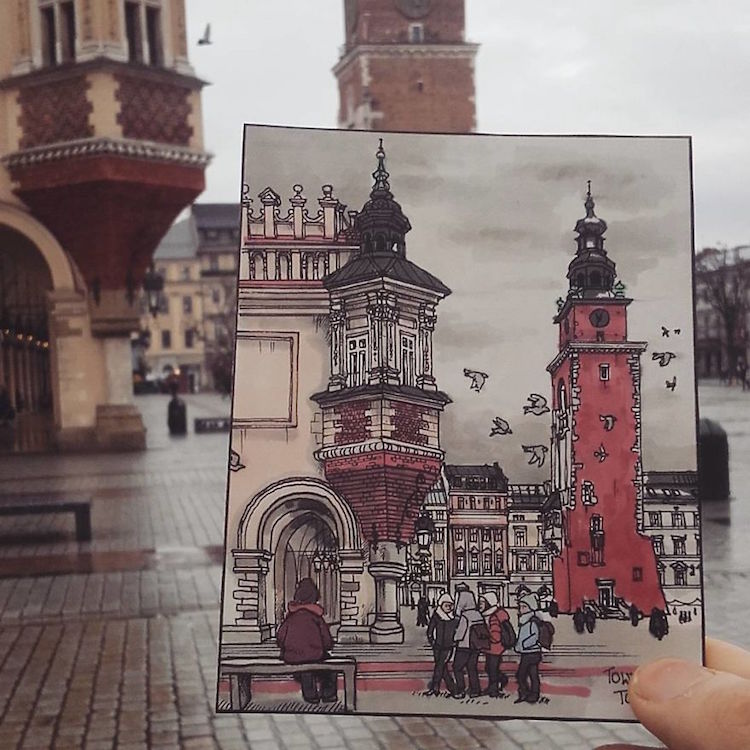 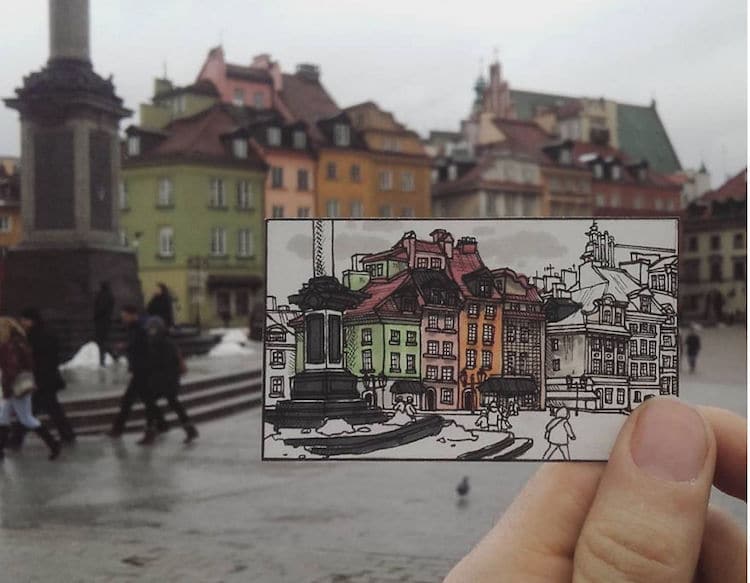 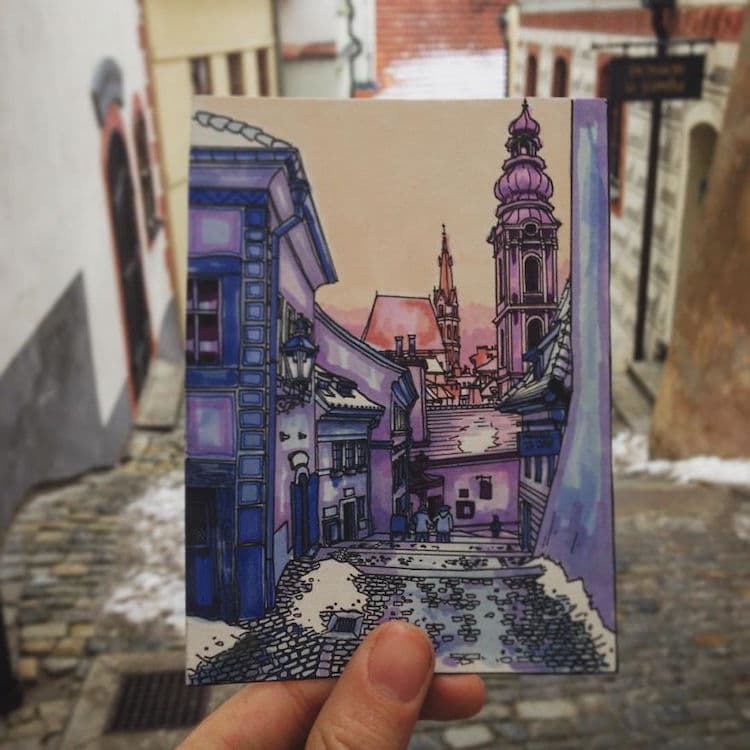 All images via Maxwell Illustration.

The post Traveling Illustrator Skillfully Sketches Postcards of Cities He Visits in Europe appeared first on My Modern Met.