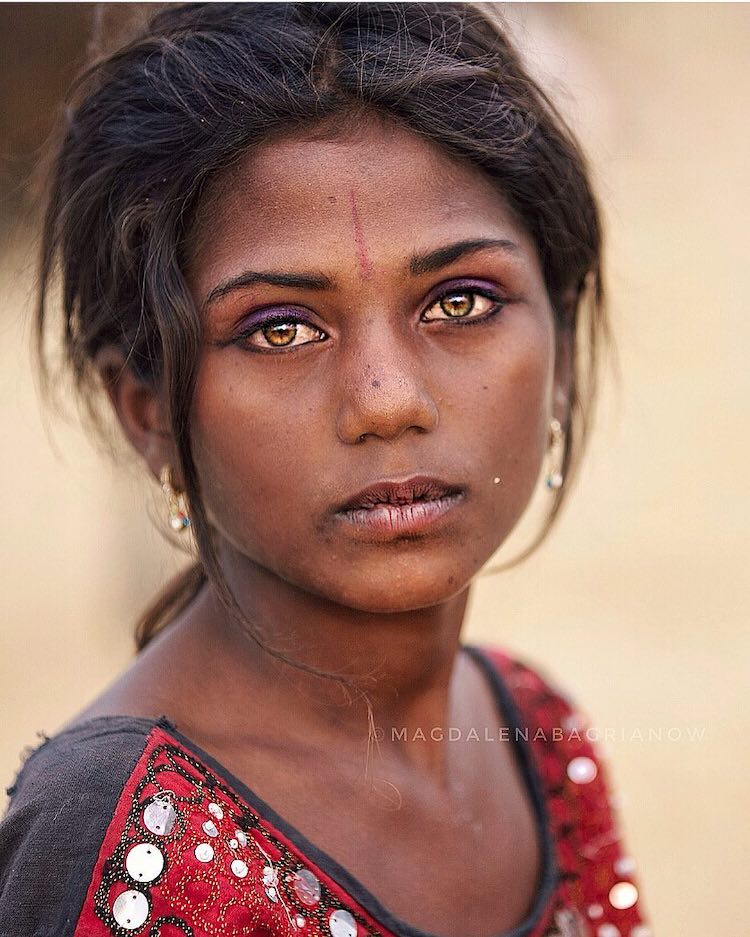 Suman, a girl from Kalbelia caste

Photography affords us the opportunity to travel without ever leaving our home. Adventurous souls like Magdalena Bagrianow use their innate sense of curiosity to reveal new corners of the world to viewers. Originally from Poland and now based in the UK, she traveled to India and shot gorgeous portrait photos of the people that live there.

Bagrianow spent months initially exploring the country and meeting the residents in their natural environment. The backdrop of her images show busy streets and roaming animals, but it’s clear that her emphasis is on the face—particularly the sincerity in their eyes. As viewers, it offers us an immediate bond with Bagrianow’s subjects, and this idea is a driving force behind her work. “It is by looking into the person’s eyes that we get the feeling of their character, their emotions,” Bagrianow says, “it allows us to connect with them and get a glimpse of who they really are.”

Bagrianow has now visited India multiple times. She has ventured through Rajasthan and seen the Pushkar Fair, a famous livestock market. This is a wealth of inspiration for her and has deepened her connection to the country. During this period, thousands of rural families visit the fair, from camel traders to nomadic women and children. “I was fortunate,” she shares, “to become friends with many of them over the years.”

You can see more of Bagrianow’s work on her Instagram.

Magdalena Bagrianow traveled to India and shot gorgeous portrait photos of the people that live there. 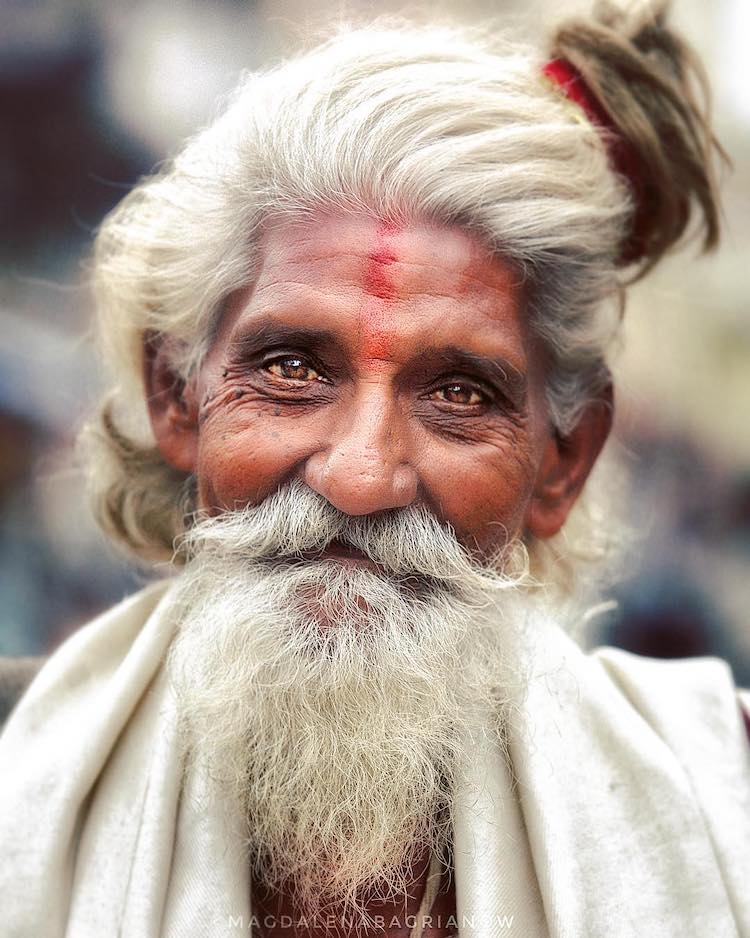 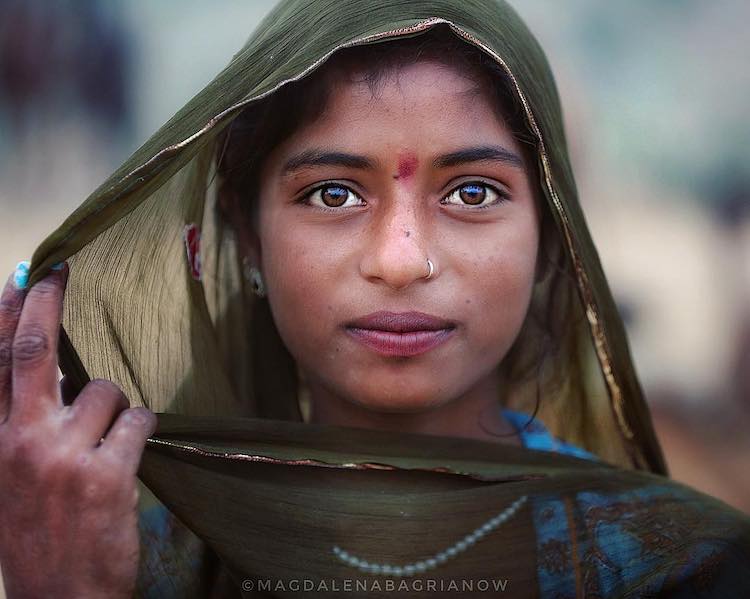 She focused her striking imagery on those that reside in rural areas. 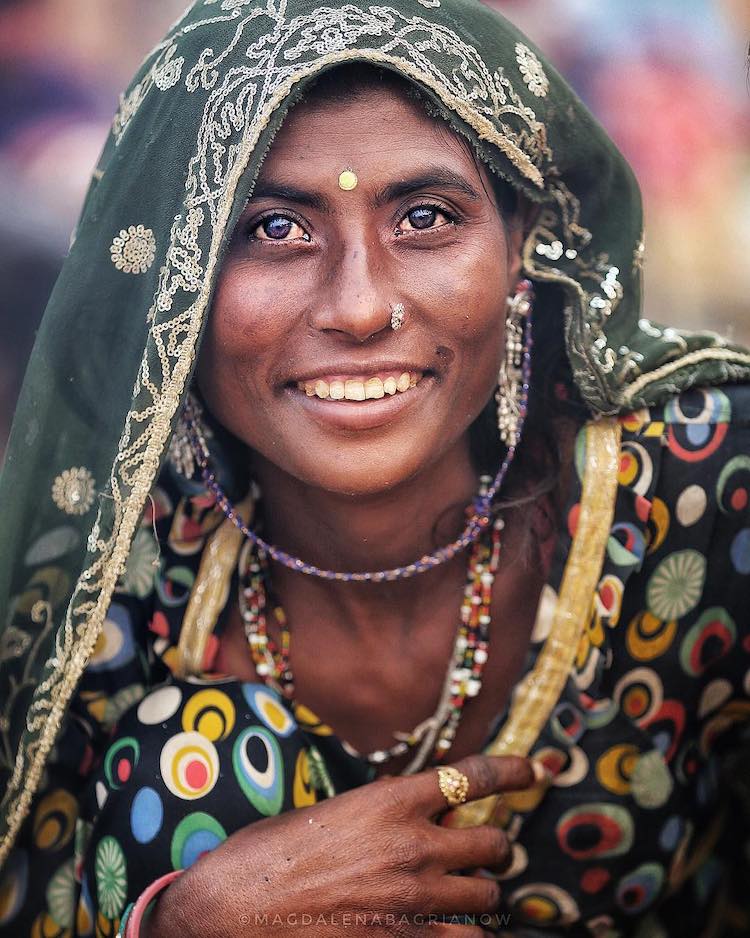 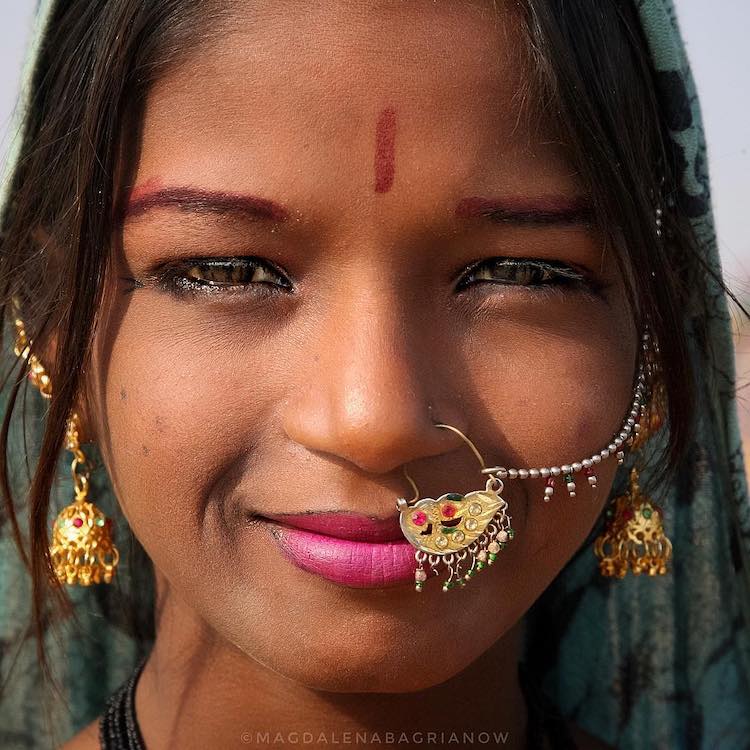 Maya, a girl from the Bhopa caste 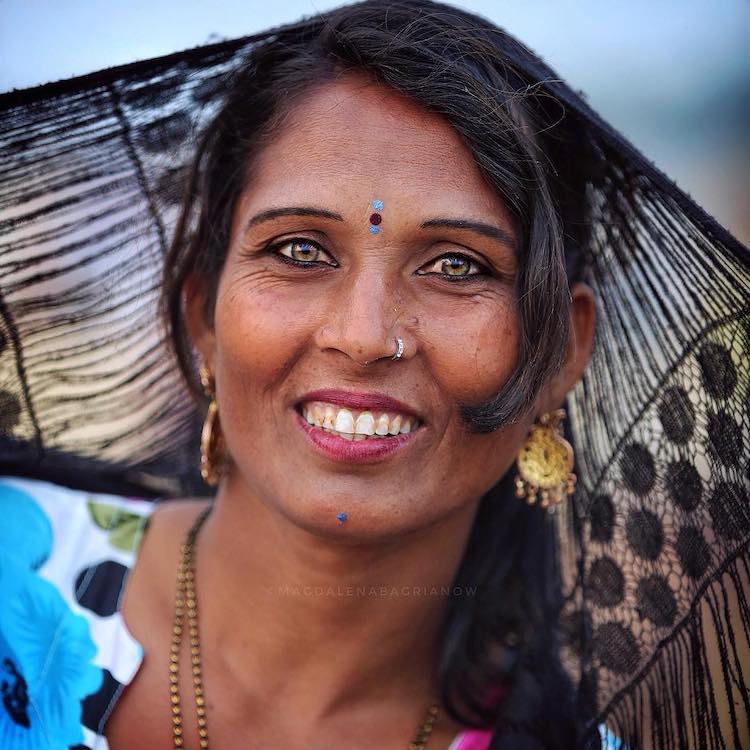 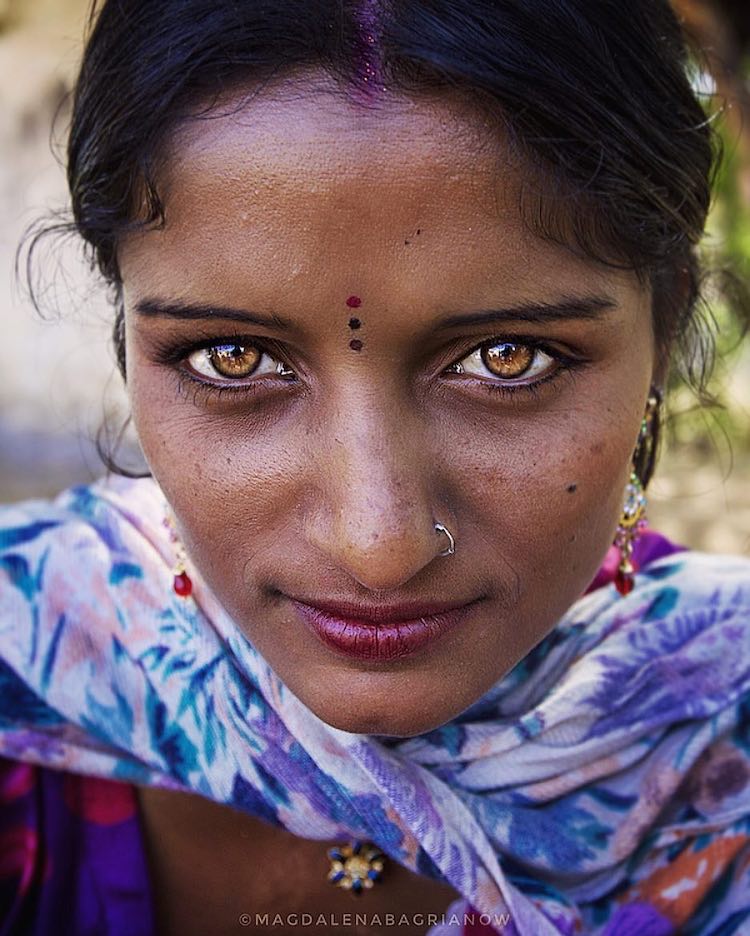 Woman from the Kabelia caste 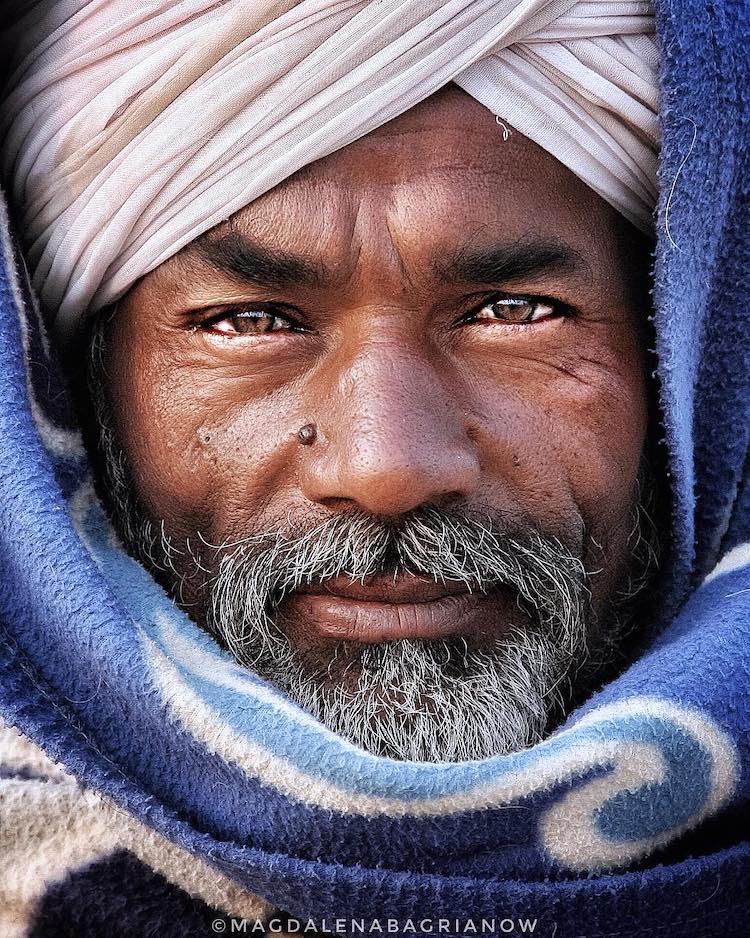 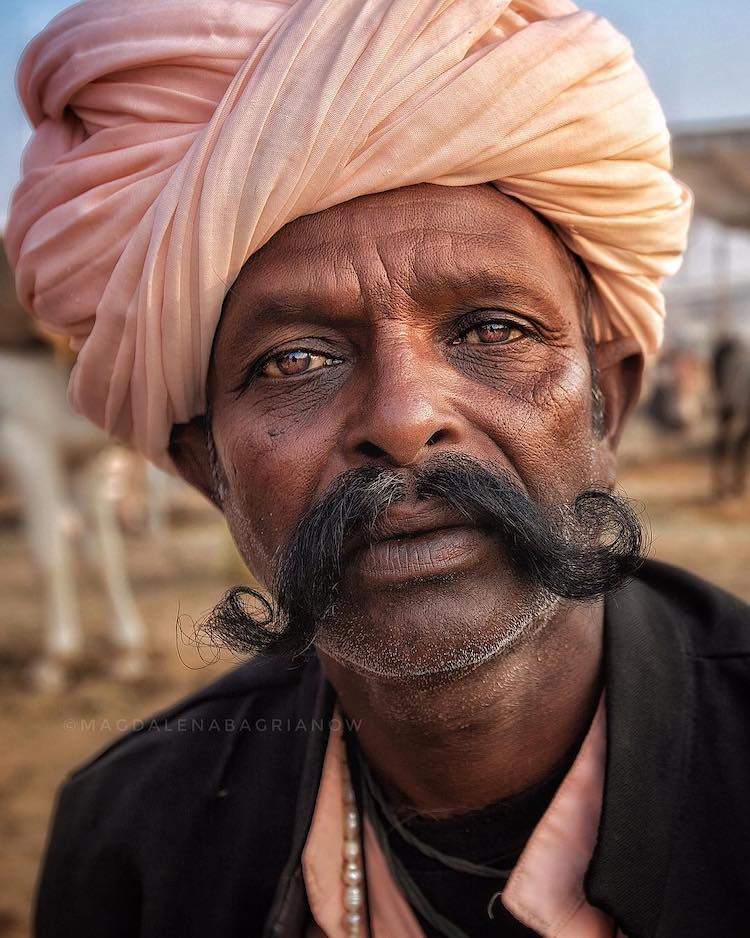 Rajasthani man from the Kalbelia caste 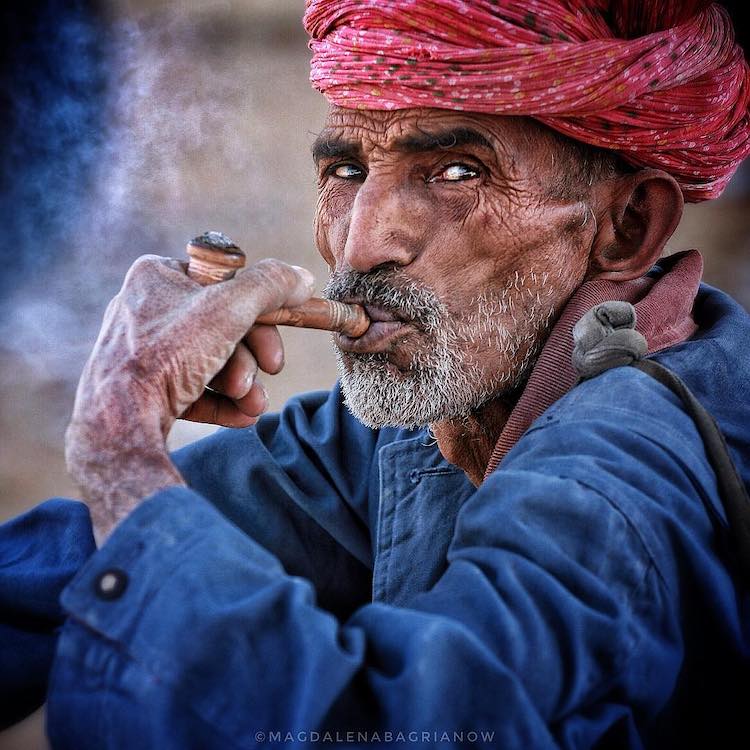 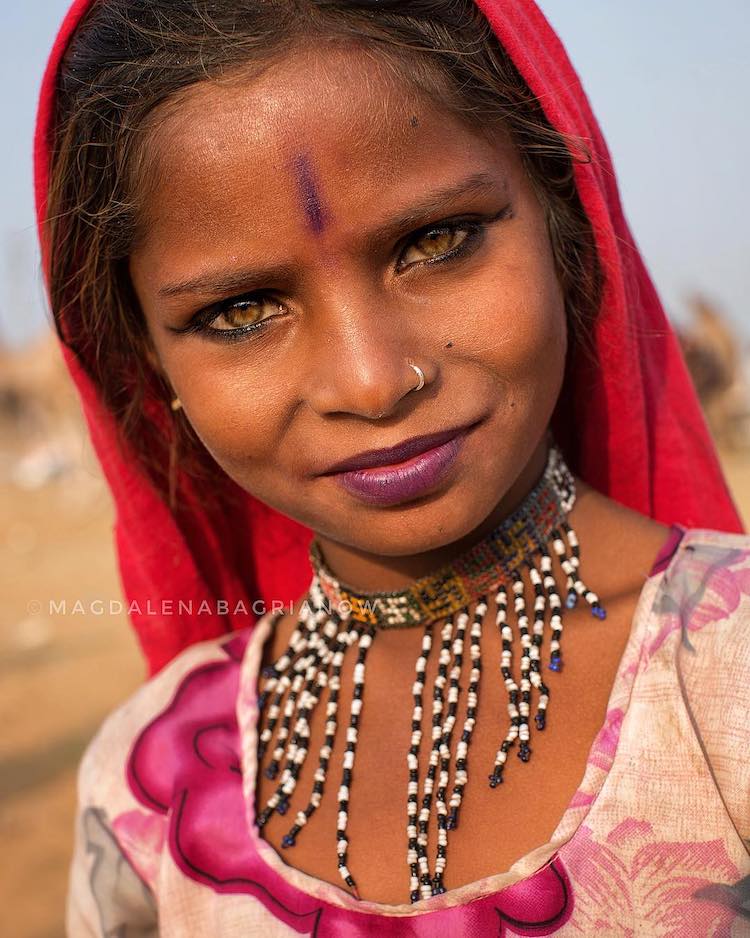 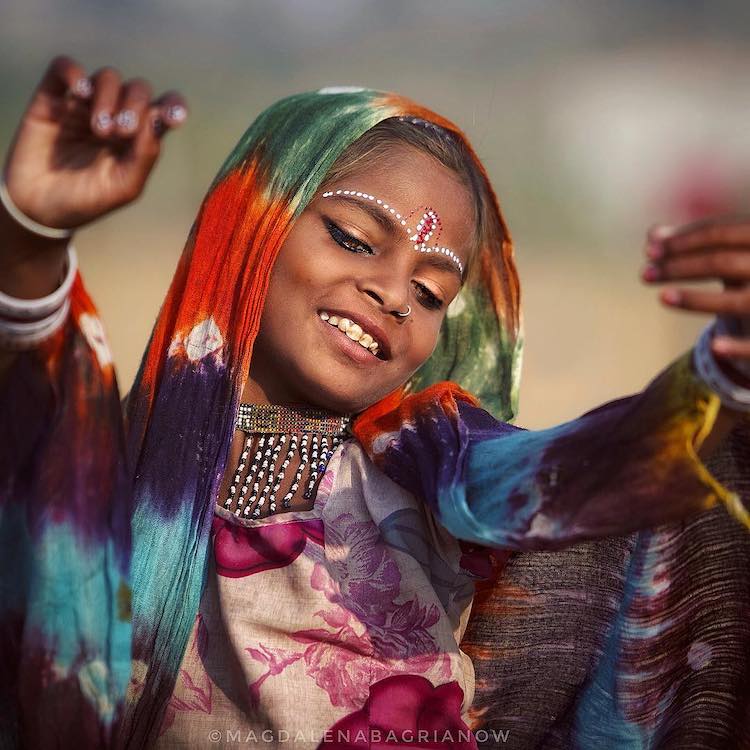 Sagina, a girl from Kalbelia caste 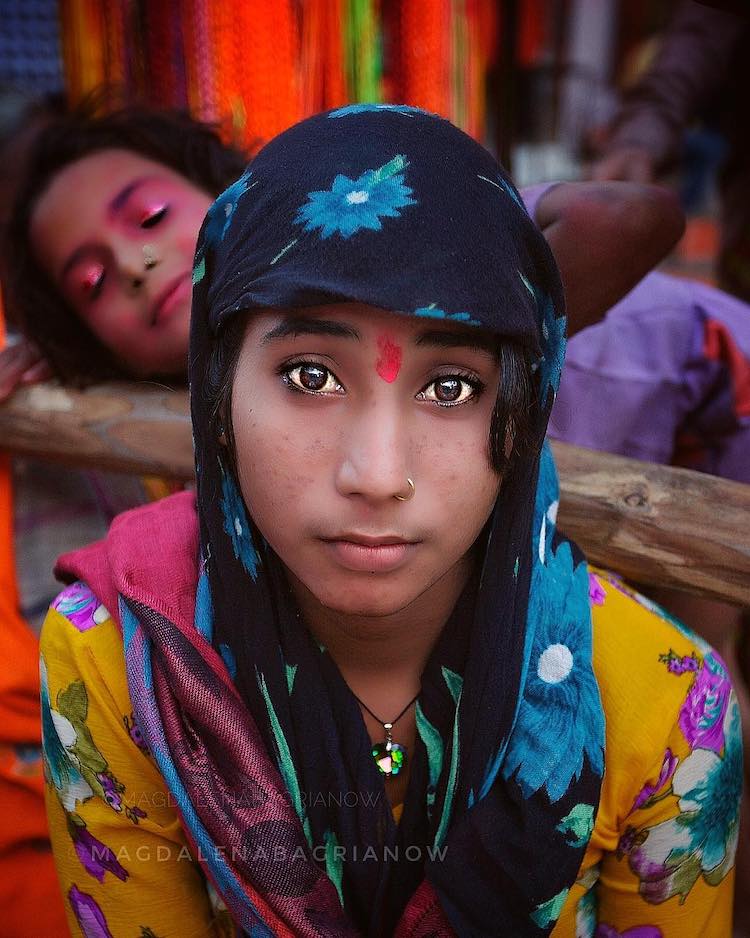 Young woman at a Pushkar 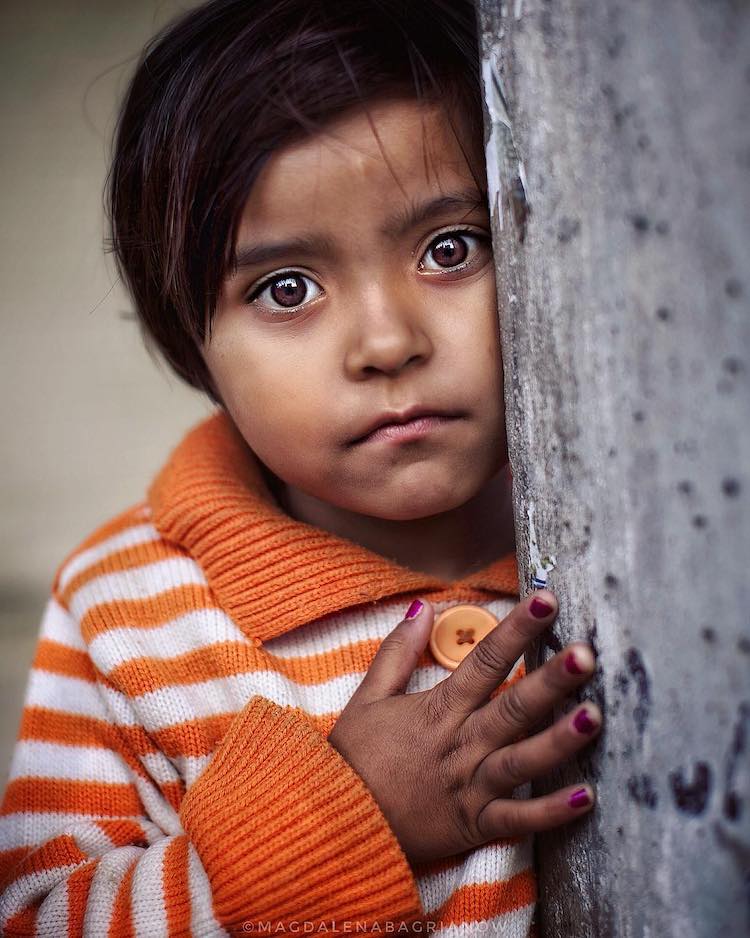 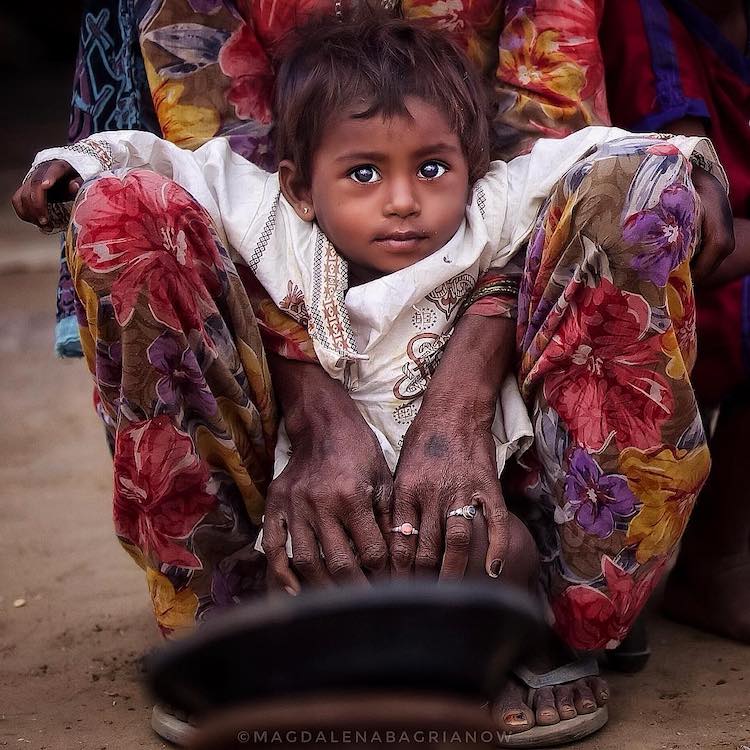 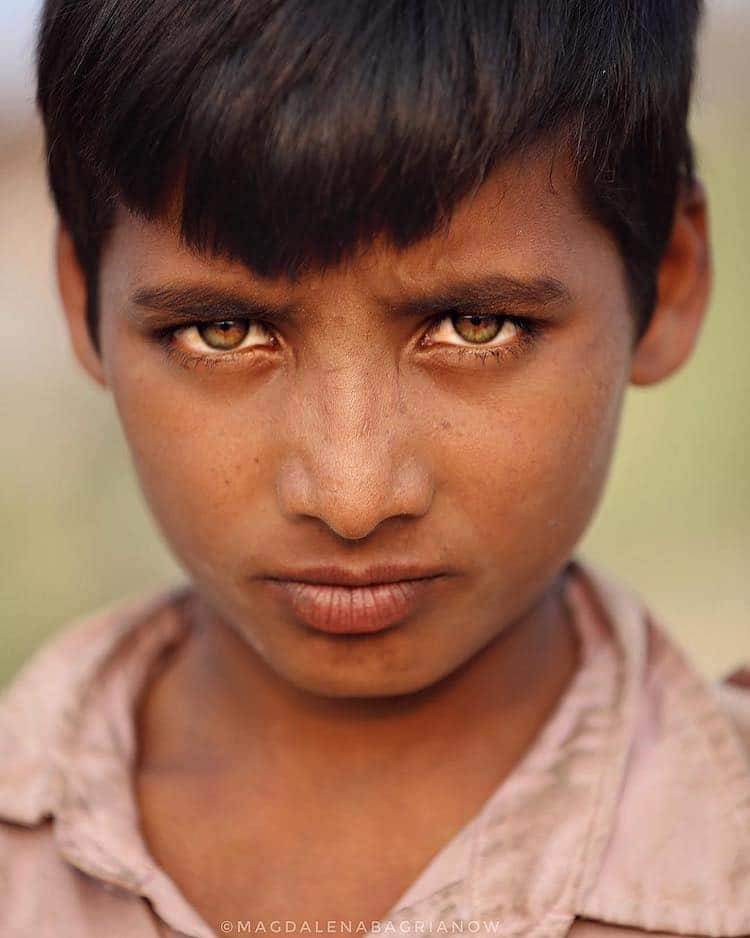 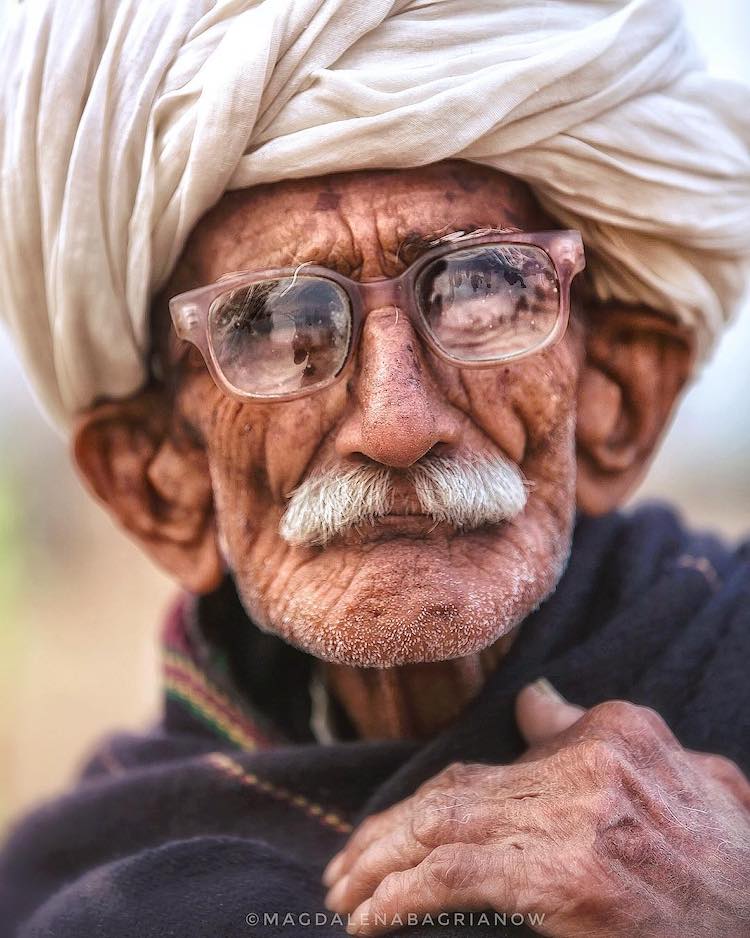 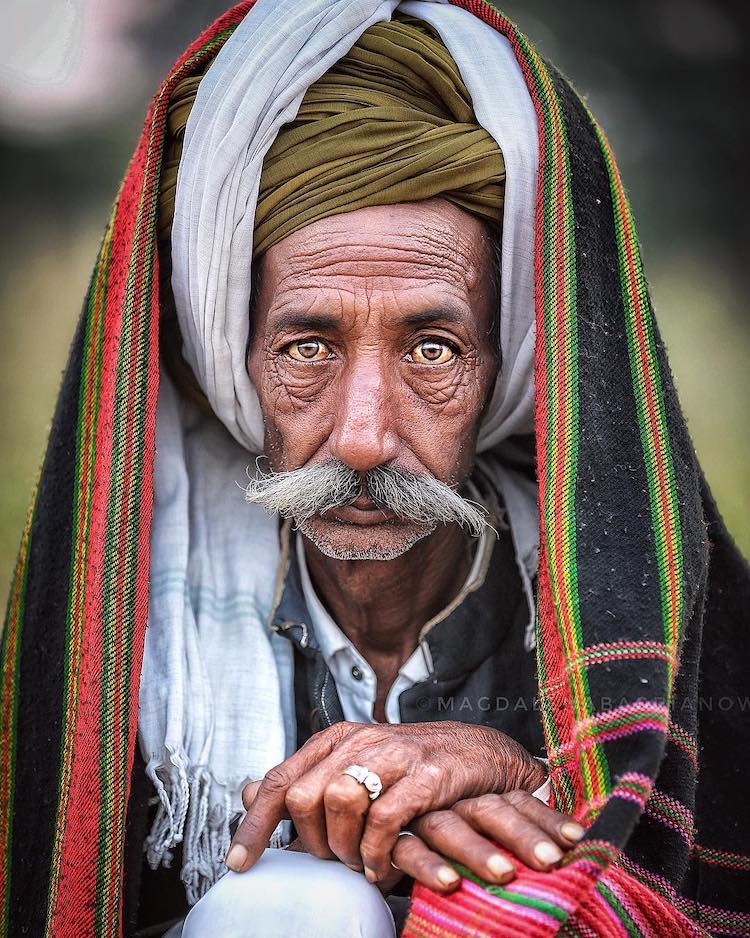 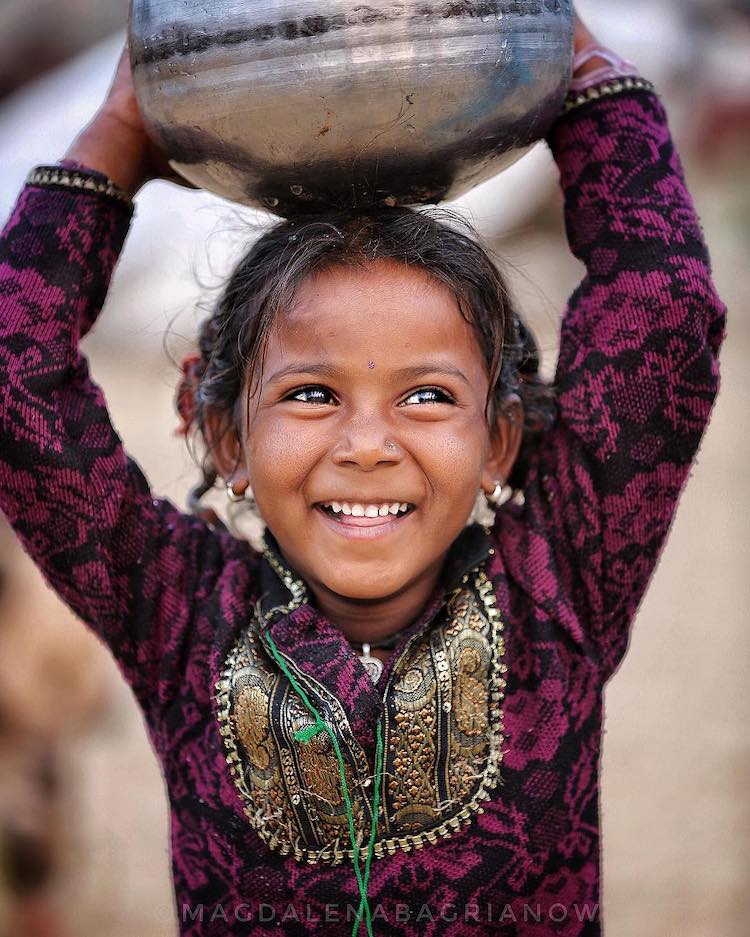 Girl at the Pushkar fair 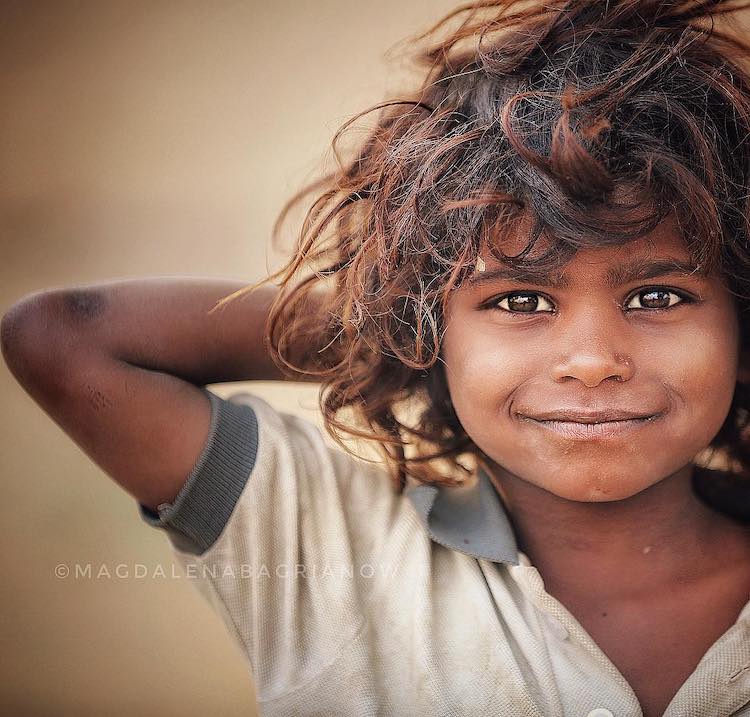 Boy at the Pushkar fair 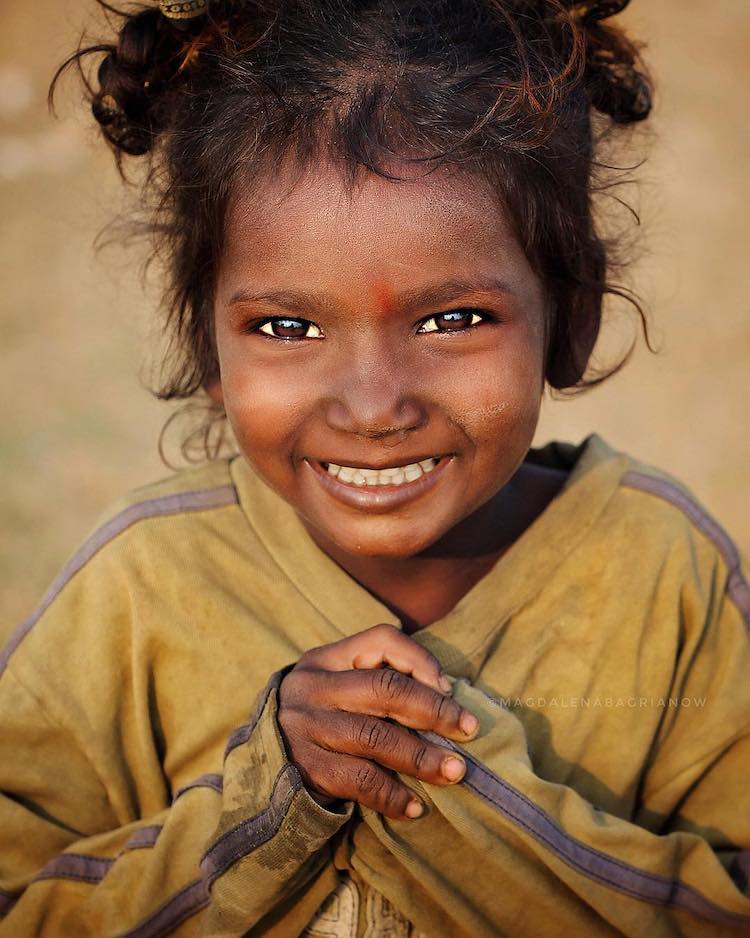 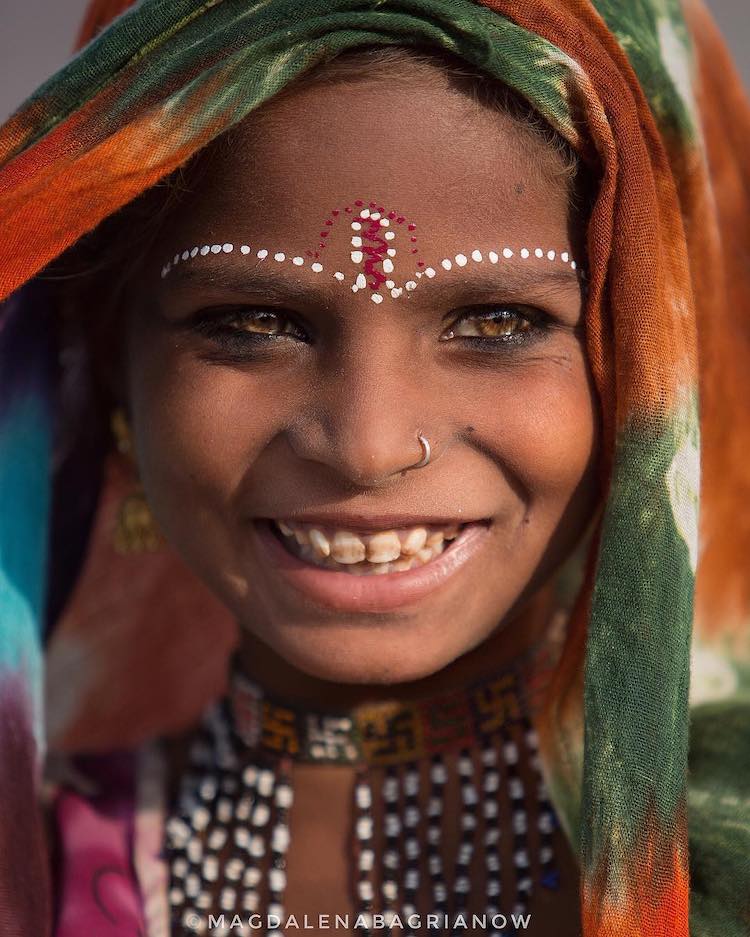 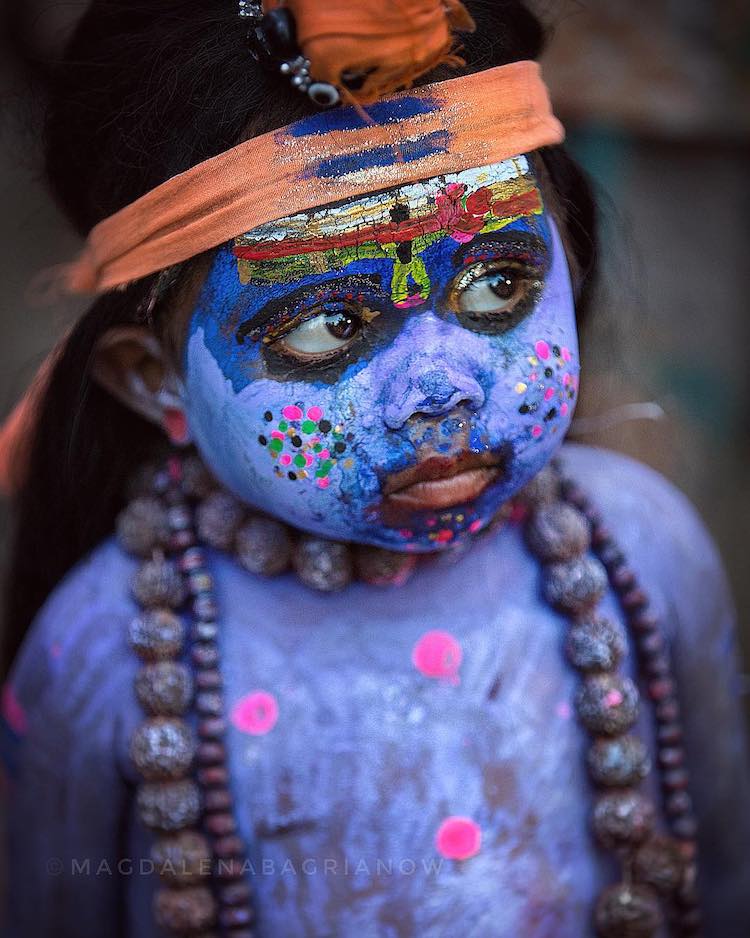 My Modern Met granted permission to use photos by Magdalena Bagrianow.

The post Traveling Photographer Captures Natural Beauty of People Met on Streets of India appeared first on My Modern Met.