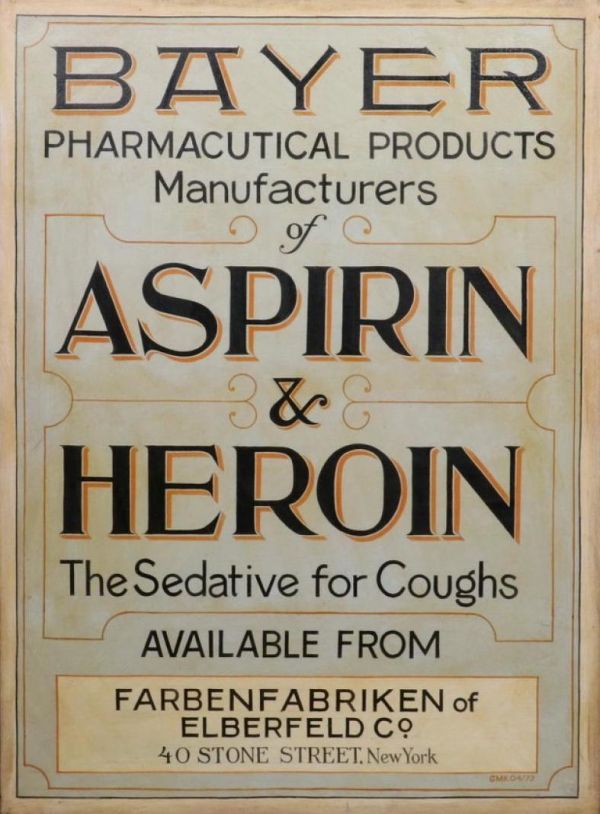 The Spanish flu pandemic of 1918 killed 25–50 million people worldwide, sickened at least ten times that many, and made everyone panic. Medical professionals couldn’t even agree that it was a flu virus, but those who did know it was flu also knew the only treatment would be life support and symptom relief until the body could fight it off (or not). They didn’t have great tools to do those things, anyway, but they did the best they knew with what they had. What they had was pretty horrifying.

Aspirin was a relatively new miracle drug, so patients were given possibly lethal doses for pain relief. Strychnine was also sometimes administered. A bit less lethal were the prescriptions for hot coffee with brandy. That doesn’t sound so bad, but it was given as an enema that the patient had to hold for 20 minutes! But there was an even more effective drug for pain relief, suppressing a cough, and helping the patient to get sleep. That was heroin, the drug developed specifically to be less addictive than morphine, and it was prescribed like candy to Spanish flu patients. Read about the treatments that could have caused many of the deaths ascribed to the Spanish flu at Dirty, Sexy History. -via Strange Company