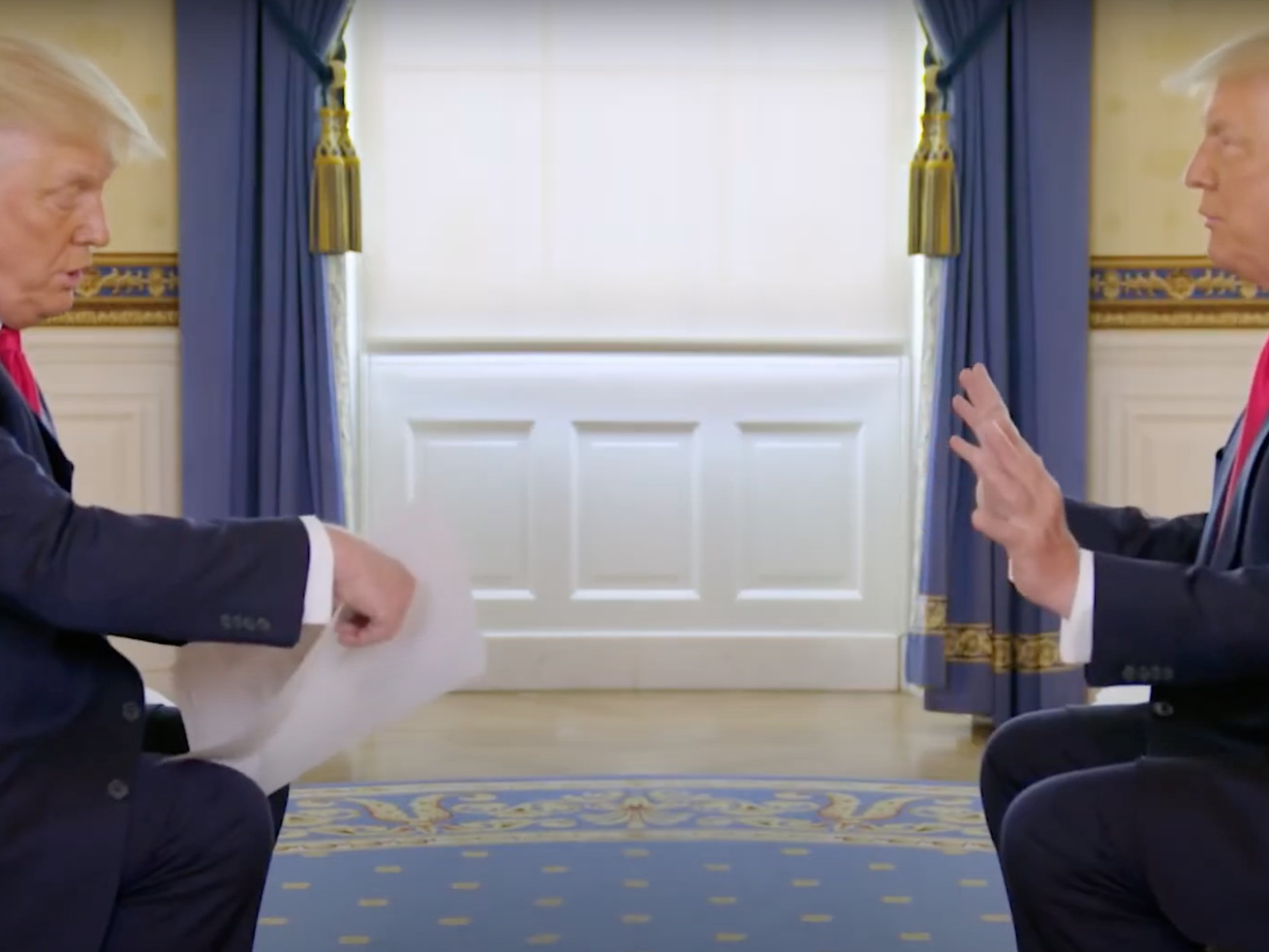 If you were one of the 136,000 people glued to the television Monday night watching Axios’ Jonathan Swan interview President Donald Trump (or one of the millions who tuned in online later), I don’t need to explain to you what that experience was like. If you didn’t catch it you definitely should, and I’d say “brace yourself” but no amount of bracing will prepare you for the trainwreck that is this interview. I don’t mean it’s a trainwreck as in it was a bad interview, what I mean is Jonathan was the engineer trying to drive the train, and even though he did a hell of a job, the train was determined to crash itself because it’s just a faulty, dangerous, chaotic fucking train.

Look, we all knew it was going to be rough, but Trump really outdid himself. When it came time to talk about COVID-19 and how the country is doing (i.e. bad) Trump, ready with the facts, whipped out his expertly prepared stack of, uh, loose paper (no one could get him a binder? A duotang? Some staples? No?) containing two graphs with four points of data.

This literally looks like a graph an elementary school student made to show which snacks his class likes best. But, hey, at least there’s no hand-drawn Sharpie edits on this one.

It’s hard to say which moment really sticks out the most, because, well, there’s just so darn many. Perhaps it was when Swan brought up the rising COVID death toll in America and Trump answered, “It is what it is.” Or, maybe, when he said he wishes Ghislaine Maxwell well, for a second time. For me, Trump repeating, “Read the manuals, read the books” over and over as if that’s an answer to anything takes the number one spot. Hats off to Jonathan Swan, it can’t be easy to interview someone whose brain is full of worms.

But maybe that’s the key? Maybe the only person who should take on Trump is Trump?

In an edited version of the interview, YouTuber Justin T. Brown removed Swan entirely and let POTUS face off against himself. You’ll have to decide for yourself who won.