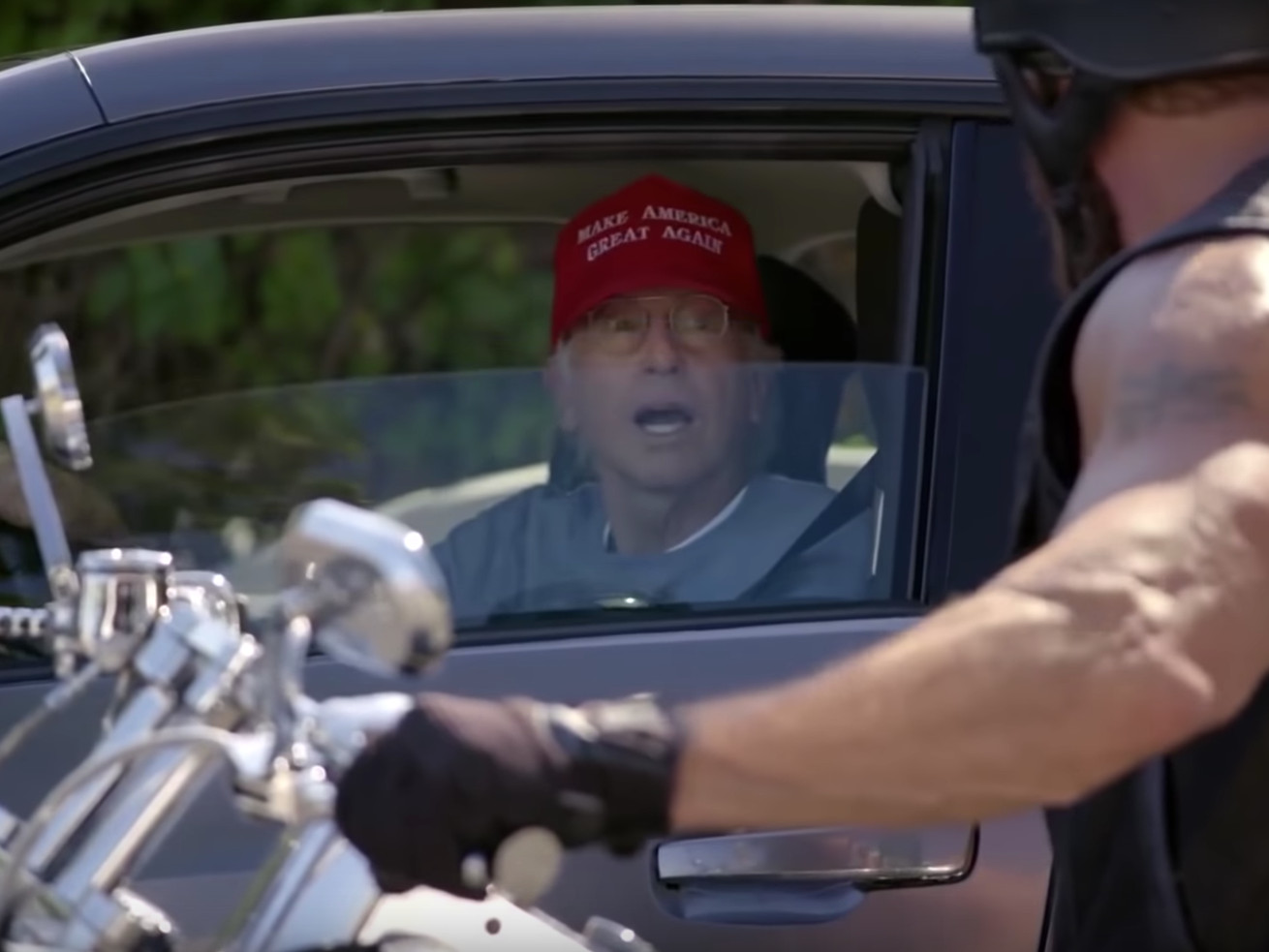 What’s that saying about forests and trees

Contrary to what many people may believe, working in comedy under the Trump administration isn’t like being a cartoon prospector who just found a hill full of softball-sized gold nuggets. The Don isn’t a bottomless well of material — quite the opposite! Sure, in the early days of his presidency he provided almost more fodder than people knew what to do with, but those days are behind us.

That’s not to say Trump has become less of a buffoon while in office. He actually somehow manages to continue reaching new levels of nincompoopery never before seen in the White House, but it’s become harder and harder to take his raw lunacy and weave it into comedy gold. Why? Well, because it’s just not funny anymore, for one. His incompetence isn’t novel, it has real ramifications, it’s scary, and dangerous, and infuriating, and it’s hard to laugh at that.

Like, shit, the guy literally stood in front of a crowd of people, including cameras, stared into an eclipse, and then pointed at it. He boasted about how “tough, virtually impenetrable” his beloved border wall was — and then it literally blew over in the wind.

WHAT is more funny than that. HOW is anyone supposed to make that more perfectly hilarious than it already is. They can’t! I CAN’T.

So, I’m not even going to try to punch this up. I won’t try to make this better than it already is, because there’s no point. I’m just going to lay it out.

If you’re not familiar with HBO’s Curb Your Enthusiasm, all you have to know for the sake of this story is that (fictional) Larry David is an asshole. The thing he wants most is to just be left the hell alone, and he doesn’t care what he has to do or how people see him in order to make that happen.

In the season 10 premiere of Curb Your Enthusiasm, Larry discovers the power of the MAGA hat: if you wear a MAGA hat, people will generally fuck off. He calls it a “great people repellent.” Obviously, this is a power he wields with reckless abandon. In one scene, he cuts off a biker while driving. The biker loses his whole shit and speeds up to David’s driver-side window, screaming profanities, ready to kick his ass. Larry then whips out his MAGA hat and the biker immediately eases off.

The only way this satire could be more on the nose is if Larry David looked into the camera after and said, “That shitty, unhinged man on the motorcycle left me alone after I put on the MAGA hat because he saw that I, too, am a shitty, unhinged person, and he recognized our bond, as shit-kin.”

But Trump tweeted it out anyway, because, I mean, of course he did.

So, okay, not only did he not understand that he was blatantly being made fun of, he swung so far the other way that his honest-to-god take-away from that clip was “TOUGH GUYS FOR TRUMP.” Stunning.

Thank you, Mr. President, for dunking on yourself so beautifully that we don’t even have to.