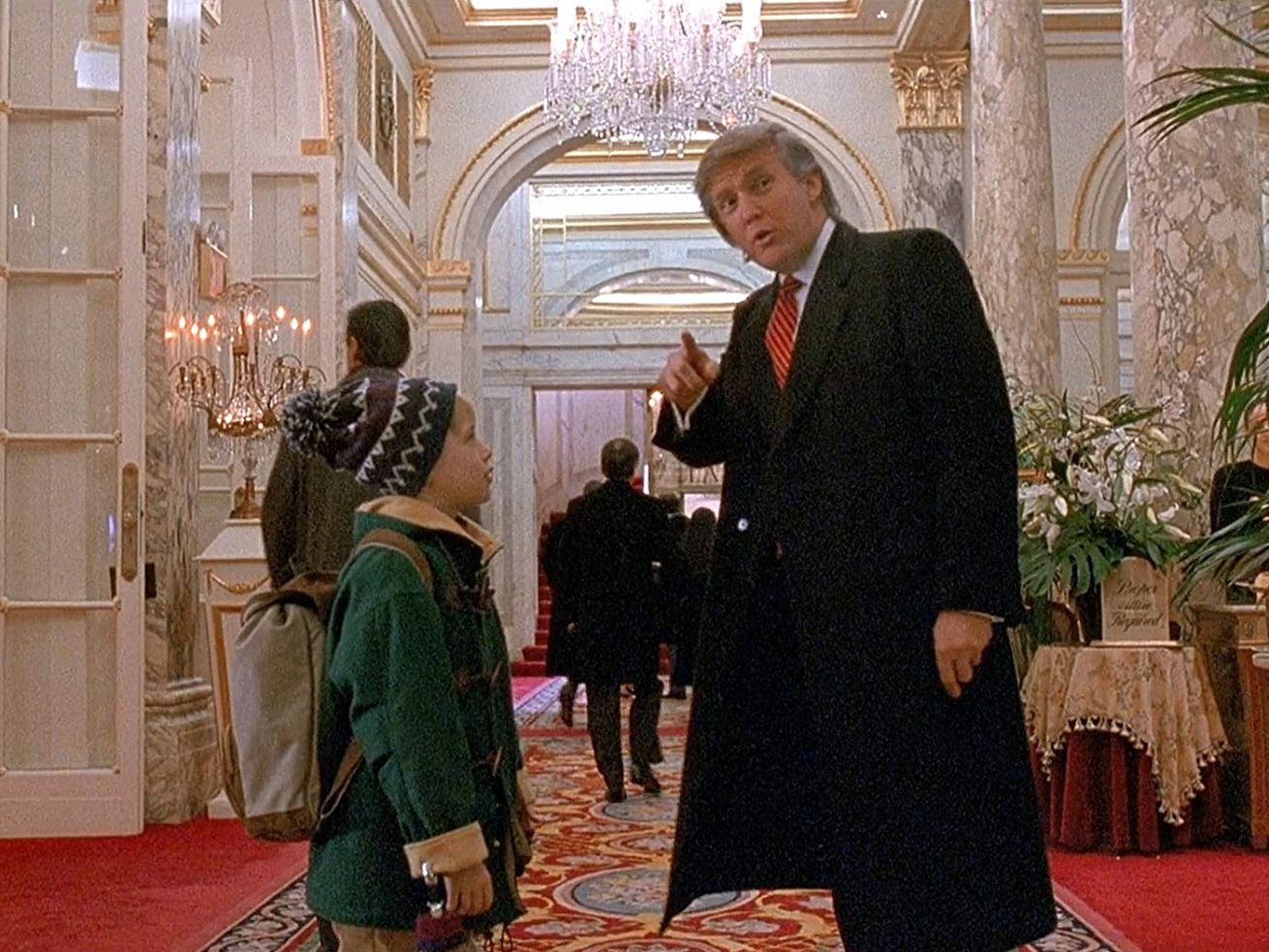 Will we ever know peace

There’s been quite a lot of buzz around Home Alone this December, and not because it’s one of the most beloved franchises to bust out for the holidays. This year Home Alone has got one family’s grinchy knickers in a twist — the Trumps. Which should come as no surprise, because who else but the Trumps could possibly find a reason to be mad about Home Alone during Christmas.

If you’ll recall, Home Alone 2: Lost In New York features a cameo of Donald Trump inside the Plaza Hotel, which he owned, because he wouldn’t allow the crew to film inside the lobby unless he had a cameo, because he’s Donald Trump. In this cameo he speaks a staggering seven words and directs Macaulay Culkin to the lobby, which they were pretty much already in.

Clearly a pivotal moment in the plot.

This year, in a surprise tactical move from the Canadians in The War On Christmas, the Canadian Broadcasting Company (CBC) cut Trump’s cameo to allow for commercial time.

NO! NOT THE CAMEO!

Clearly this is an attack on everything holly jolly. Will we ever know peace?! WILL CHRISTMAS EVER BE FREE FROM THE TYRANNY OF EDITS FOR TELEVISION??! SANTA WEEPS ON THIS DAY.

One little thing, though — this edit wasn’t made this year. Trump’s cameo was cut from CBC’s broadcast of the movie back in 2015, before he even had a bid for the presidency.

It’s almost as if the cameo was… actually just cut for time… because it doesn’t have any impact on the plot of the movie… HMMMMM.

But this, like any other fact based in reality, didn’t stop Trump supporters from throwing truly superb tantrums — wouldn’t that have been an actual holiday miracle? Leading the charge to save Christmas and hopefully one day earn his father’s love is, of course, Don Jr..

I can only hope and pray that everyone at home has survived this latest strike in The War On Christmas unscathed, and may we all find a way to heal together.