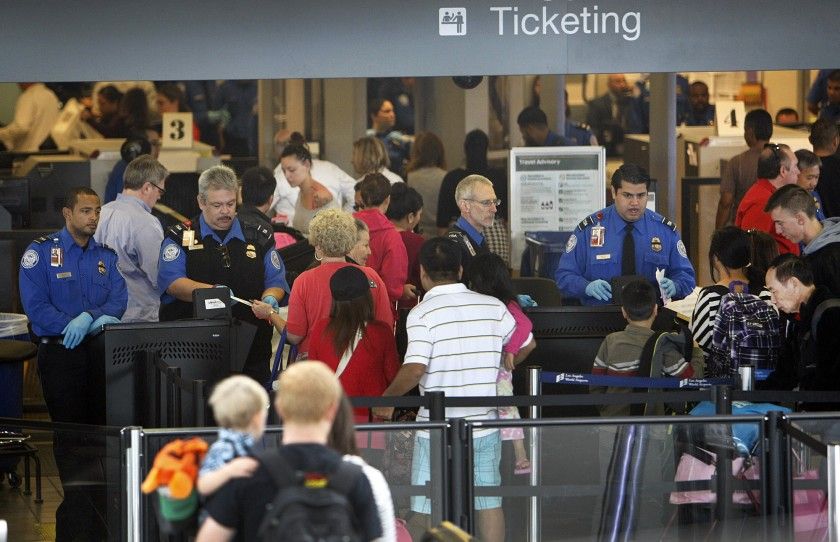 Waiting in line at the airport is stressful especially if it takes more than an hour just to get your luggages screened. Many passengers have been annoyed with the Transportation Security Administration (TSA) for these lines that seem to go on forever, when they simply need to check your bags.

Which is why it must have been a pleasant surprise for many fliers who go to LAX to find that the waiting times at the TSA lines have improved over the years.

Passenger rights groups and veteran fliers have given the TSA and industry players credit for keeping wait times in check.

“They seem to be adopting the kind of staffing policies that fast-food restaurants use, which is to bring in more people on peak times,” said Paul Hudson, president of Flyers Rights, a nonprofit passenger advocacy group with more than 60,000 members. “I think they’ve finally improved.”

Richard and Gail Grenier of Yorba Linda recently flew out of LAX to Paris and noticed the TSA lines were a few minutes shorter than in the past.

“It wasn’t bad at all,” Richard Grenier said.

Karen Corcoran, a retiree from Huntington Beach who regularly flies out of LAX to vacation in the U.S. and abroad, said she has also noticed an improvement at TSA checkpoints. “I think it has gotten a little better over the years,” she said.

As mentioned, one of the main factors as to how LAX was able to actually make the TSA lines shorter despite the growing demand is the change in staffing policies as well as an increase in the number of screeners being hired by the TSA.

Apart from those improvements, LAX has also acquired more advanced screening technology and added several automated screening lanes so that more passengers may be accommodated especially during the peak times. Not only that, traffic on the road may also be helping shorten the queues inside LAX.

One of the factors that is most frustrating about flying out of LAX — vehicular traffic — may also be helping to keep checkpoint wait times down, Jeffries said. LAX fliers know that traffic is often heavy and unpredictable, so they arrive at the airport extra early, which helps to flatten the spikes in passengers at the TSA checkpoints.

Overall, the TSA has been doing a better job at keeping these lines at bay and making passengers’ lives just a little bit easier.

Rating TSA Waiting Times Have Become Shorter in LAX Despite An Increase in Fliers, Here's How They Did It is 5.0 / 5 Votes: 3
Please wait...
Loading...
Related articles