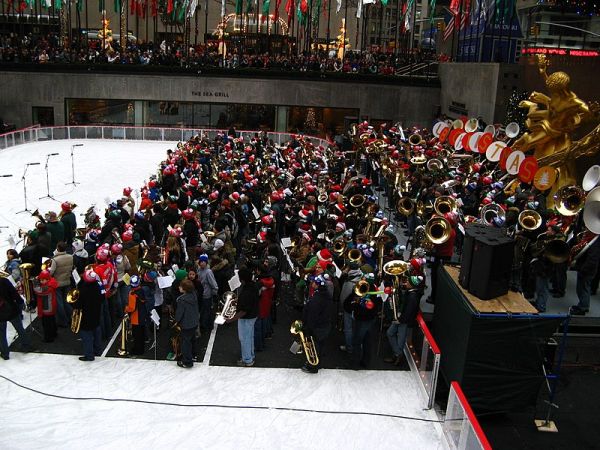 Every December, tuba players get together to present concerts of Christmas music in cities throughout the US. They call it TubaChristmas. What does a tuba have to do with Christmas? Well, William J. Bell was born on Christmas Day in 1902. He played tuba with the John Philip Sousa band and the Cincinnati Symphony Orchestra. He was also a tuba teacher. In 1974, Harvey Phillips staged a tuba concert in New York’s Rockfeller Center, right on the ice rink, on December 22 in honor of Bell, who was his teacher. Ever since then, tuba players have co-ordinated TubaChristmas concerts through the Harvey Phillips Foundation. Those who play the sousaphone, euphonium, or baritone horn are welcome to participate as well. You might be surprised to find a TubaChristmas concert near you. If not, you can see a video of this year’s TubeChristmas concert at the Kennedy Center in Washington, DC.