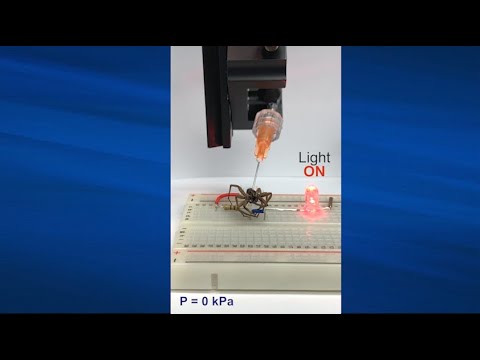 Remember the guy who repurposed his deceased cat by making it into a helicopter? This stunt goes much further in making a dead animal into something useful by using the its anatomy in movement! Spiders move their legs by hydraulic pressure- they pump water into them to make them extend, and then flex them with muscles. Spiders do not have opposing muscles in their legs to extend them. Mechanical engineering professor Daniel Preston and graduate student Faye Yap found a dead spider curled up in the lab and decided to do something with it. They found that they could blow air into the spider corpse and make its legs extend. By releasing the air pressure, the spider legs flexed again. It became a rather hardy gripper tool, good for at least a thousand grips, and able to pick up 130% of its weight.

This seems like a neat thing for mechanical engineers to discover, but is there any use for such a tool? The spider-gripper could be used for collecting fragile biological samples, like insects. Read about this research at Gizmodo, and if you’re interested, there’s also a slideshow that will show you how it’s done.