Twitter is rather unique as a social medium. While a lot has changed over the years as it adapted to become more accessible and mainstream, it has more or less maintained that “let’s fit an idea into 280 characters” mentality. And it’s even more amazing to see certain trends develop and prosper within these confines.

One of the more recent, and extremely entertaining, ones is the “You Want Me To”, a.k.a. “That Thing That Killed” trend, which revolves around the idea of taking something that’s ordinary and mundane and coming to an absurdly disconnected, yet very hilarious conclusion from it.

Bored Panda has scoured Twitter for the best entries in the trend and has compiled a lovely little list for you to enjoy, so why not go upvote the ones you found hilarious, and comment your own variations on the now viral trend in the comment section below!

So, if you haven’t caught the drift yet, this trend is, in short, a two-sentence deal whereby the first sentence provides an imperative of what a given person is requested to do, and the second is the conclusion, always very ridiculous, that can be drawn should said action come to fruition.

You can find ample examples in this list, but for the sake of clarity, let’s say “you want me to” drink water. A perfectly normal, and even very mundane task to perform (vital, really) but there’s a catch. Remember when an ocean-worth of water led to the tragic demise of Jack Dawson (played by Leonardo DiCaprio) in 1997’s hit epic romance and disaster film Titanic? Yah, so you want me to drink water? The thing that killed Jack?

Twitter has been going nuts with these lately, with the previously mentioned example garnering over 340,000 likes and nearly 50,000 retweets, though a number of tweets surpassed the 100k like mark, with others gaining tens of thousands of them. Needless to say, the trend was viral.

And the references didn’t stop there. Tweets touched upon the likes of Twilight, Apollo 13, Jesus, and even that one hit song by the Buggles from the early 1980s.

You can check out more hilarious tweets by simply searching for “things that killed” on Twitter, or, you know, clicking here. Or you can alternatively check out other previous Twitter trends here, here, and here.

But before you run away, possibly never to be seen until the other time we cover a Twitter trend, why not tell us some of your spin on the whole “you want me to” meme in the comment section below! 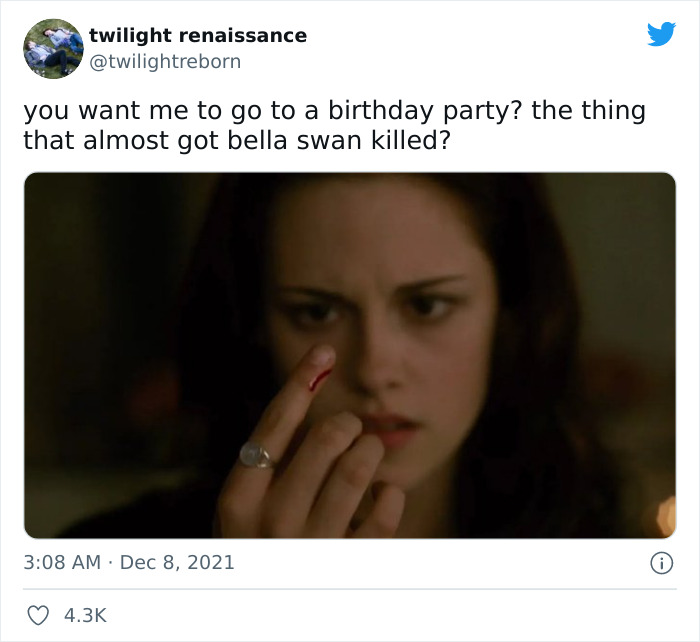