Australian artist Fintan Magee has recently finished another mural in Ipswich, Australia. This work depicts two rail-workers behind beveled glass. The Arctic glass pattern in the painting was common in middle-class Queensland homes in the 1960s and was used in French doors and windows.

“Some of my earliest memories of Queensland architecture was my father’s silhouette through the glass doors when he got home. The work explores the role of de-industrialization in urban communities and on the suburban fringes of Australia. The figures in the mural appear distant, disconnected, isolated, and breaking up.” 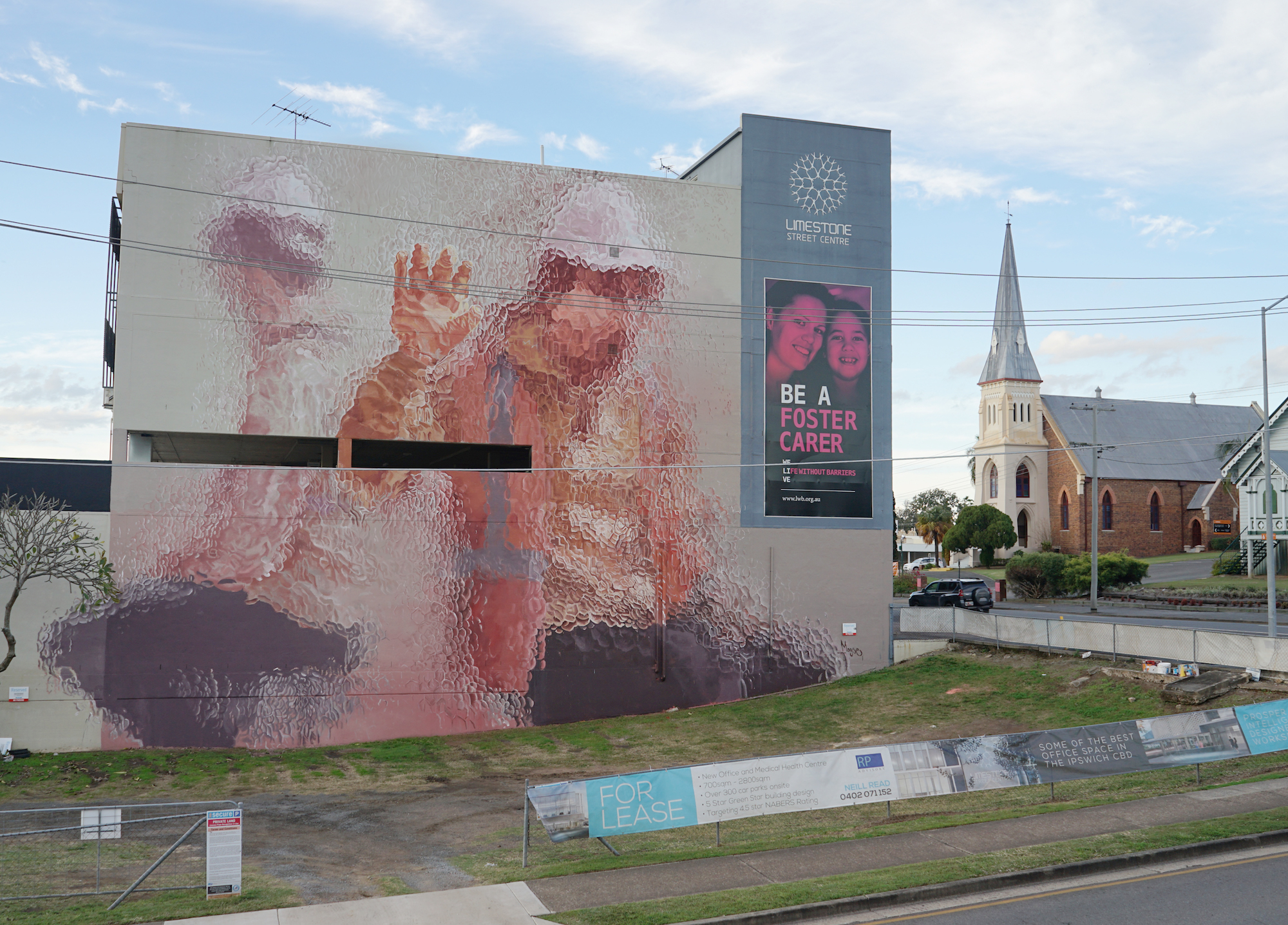 “As middle-class homes become increasingly out of reach for working-class Australians and lower-pay and job insecurity continues to shape how we work, this painting explores how nostalgia shapes    political views and how workers view their communities and the outside world. The work specifically looks at two rail workers from the city of Ipswich” the artist said.

Additionally, Fintan Magee says the inspiration behind the painting was honouring those continued to work essential jobs – keeping the economy functioning and food supply moving during the coronavirus lockdown.

Fintan Magee is a Sydney based social realist painter, specializing in large-scale murals. Magee has solidified his position as one of Australia’s leading public artists and has traveled extensively, completing projects in countries across the world, including Belarus, India, Jordan, Spain, Tahiti, USA, among many others.

Scroll down below for more images of the stunning mural. 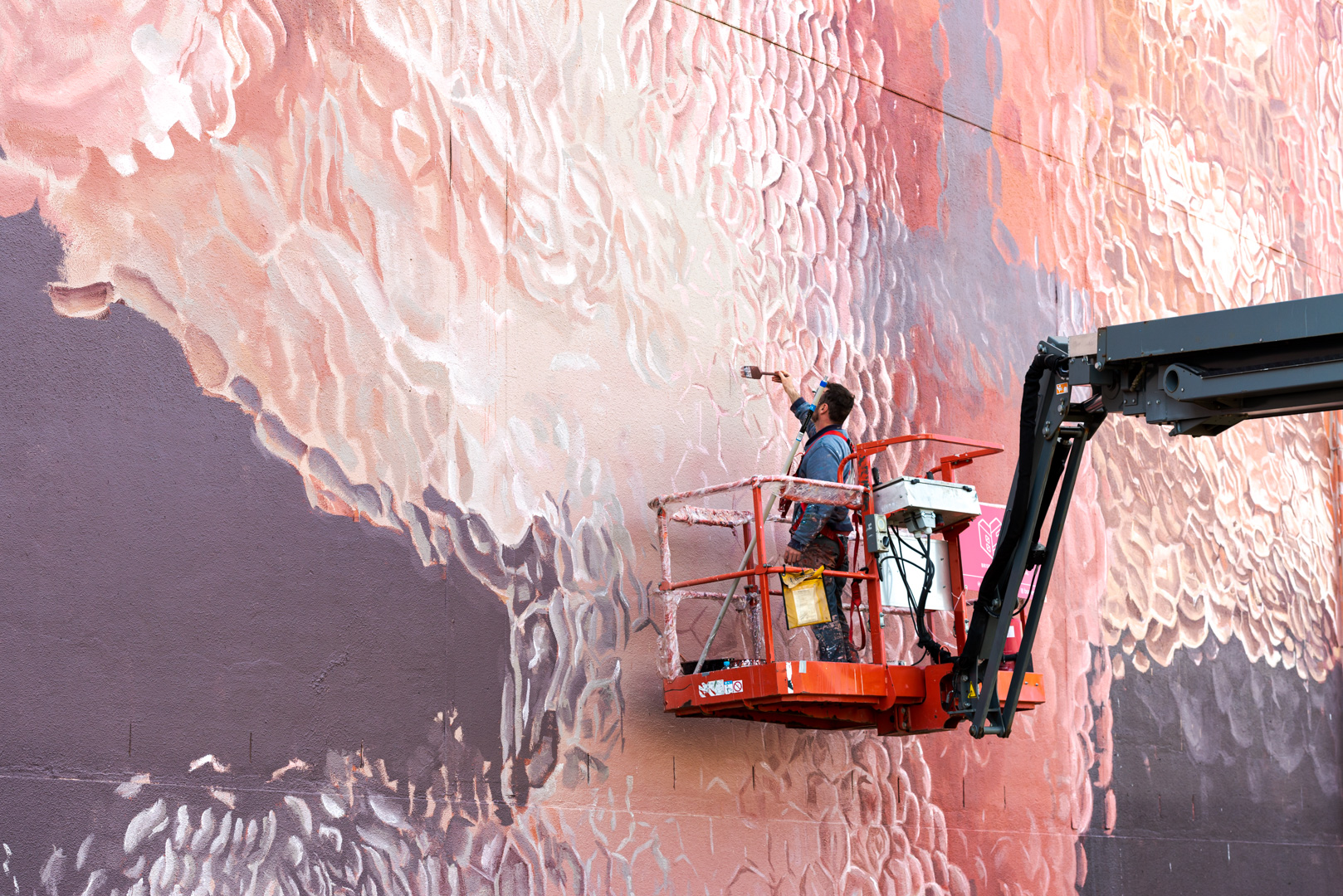 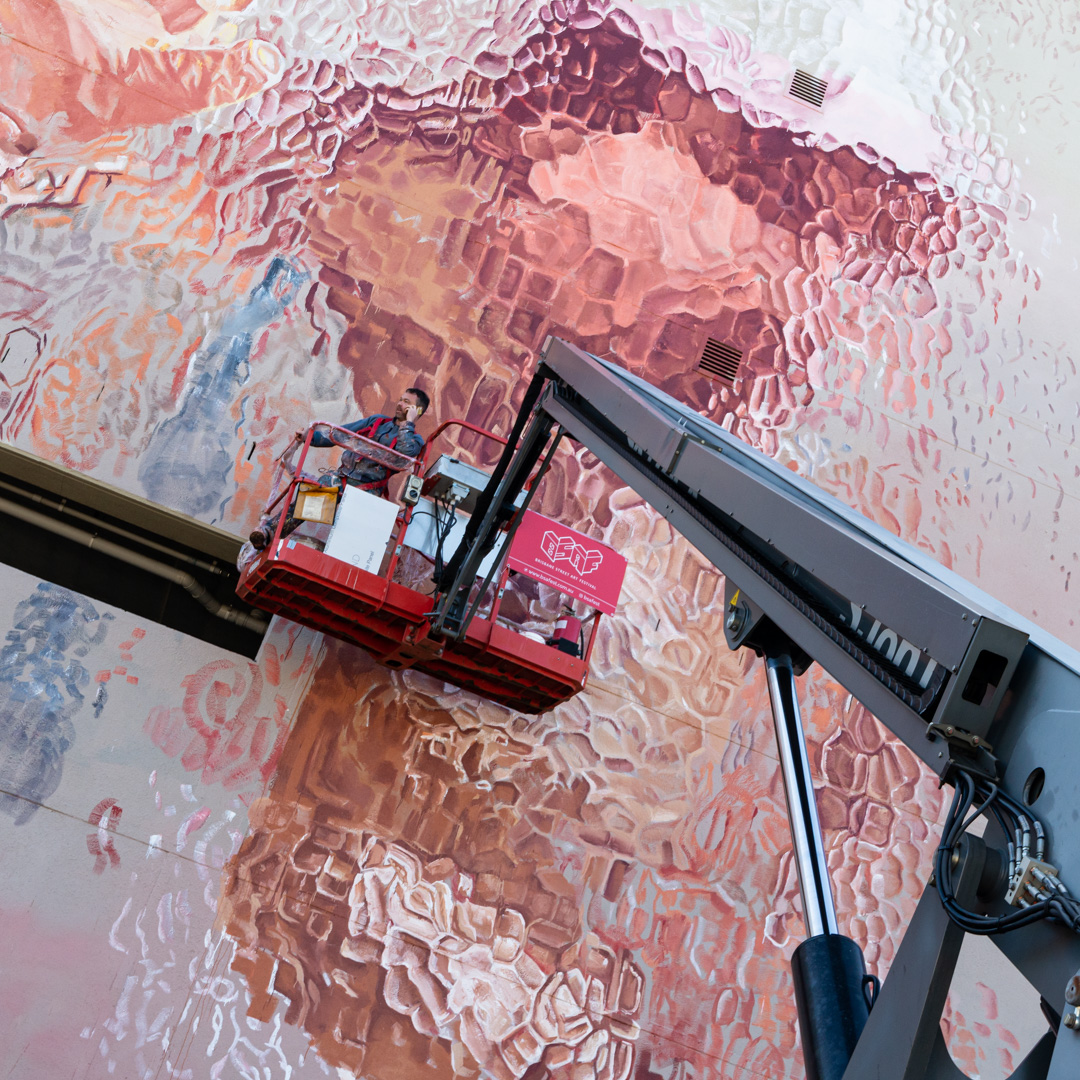 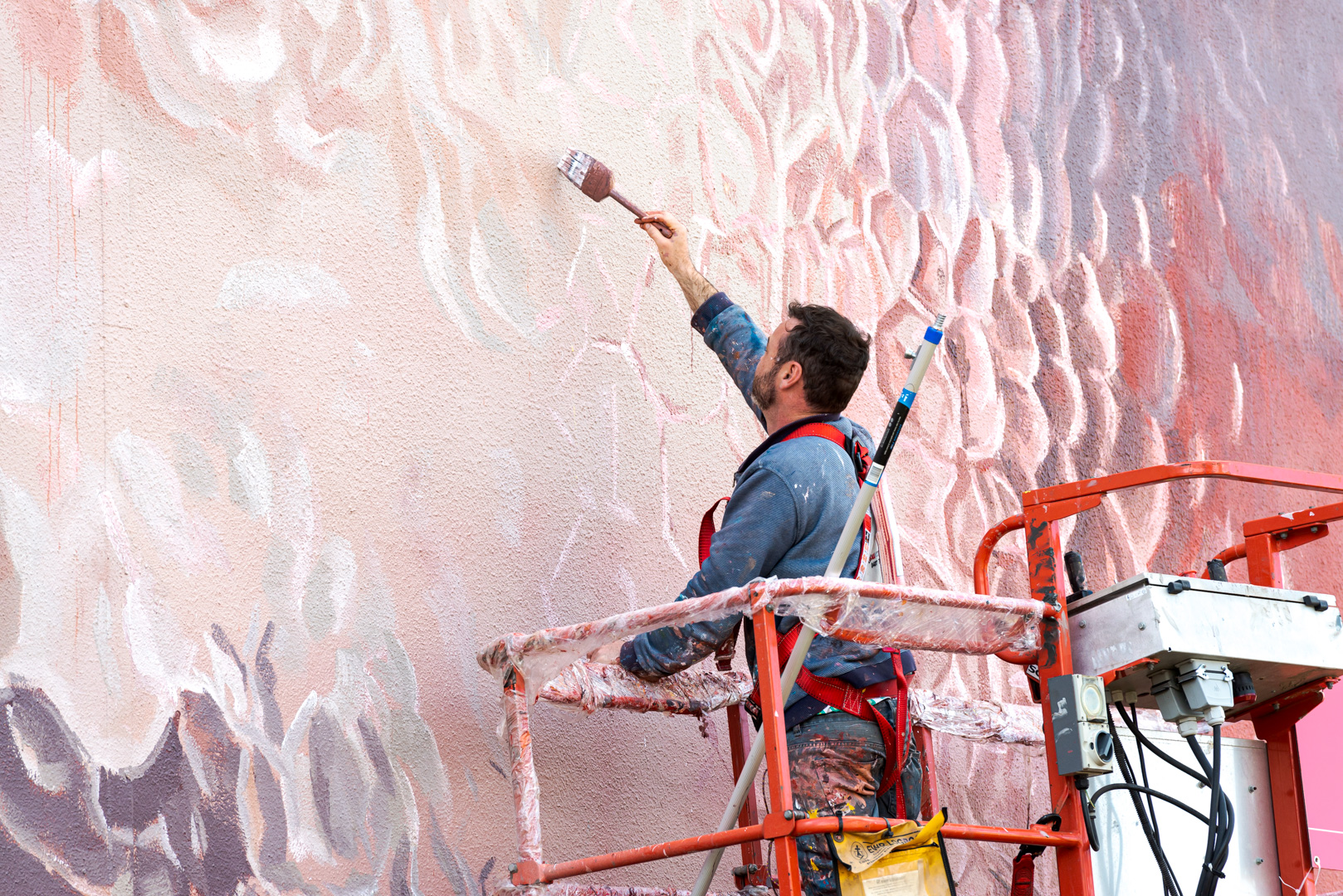 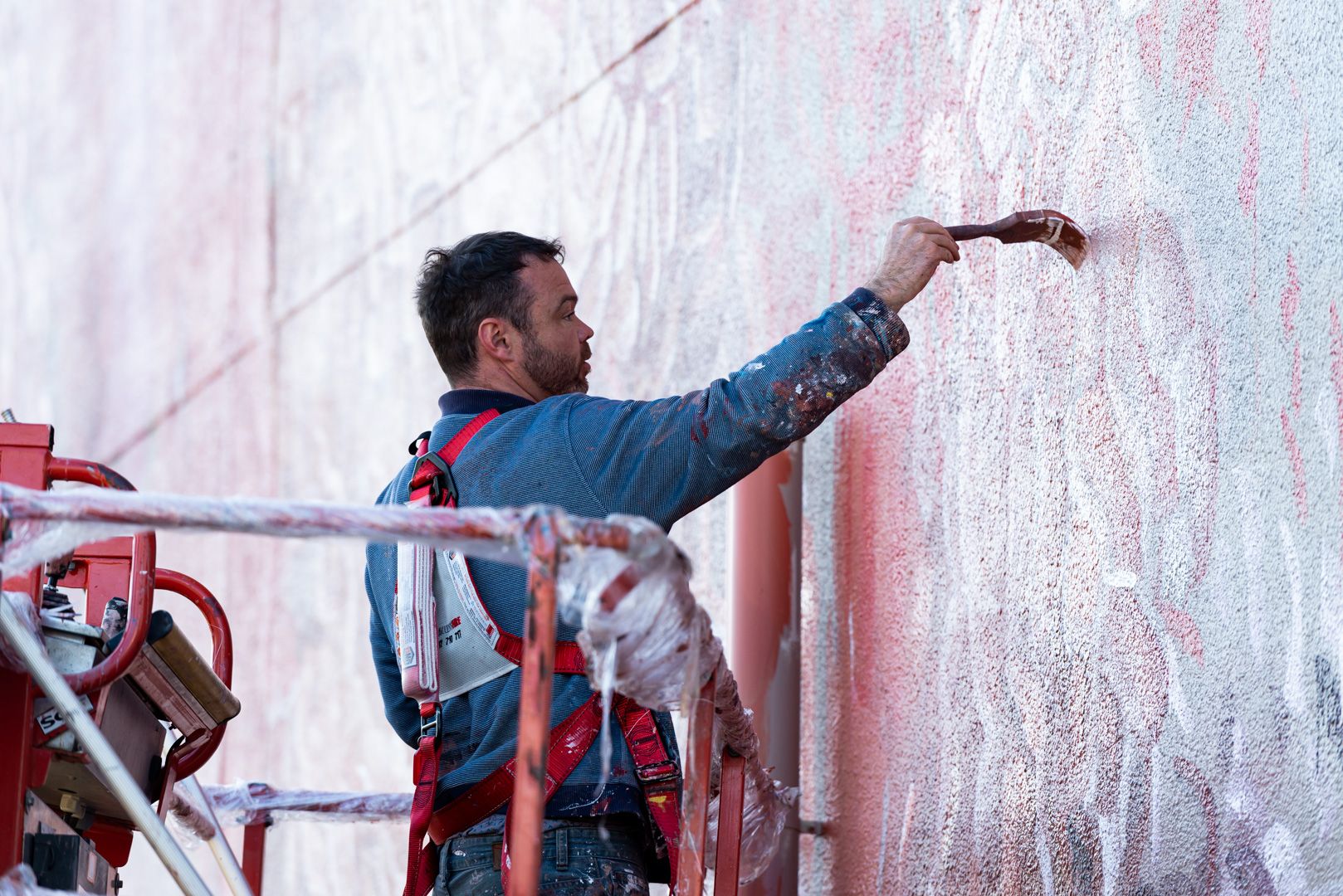 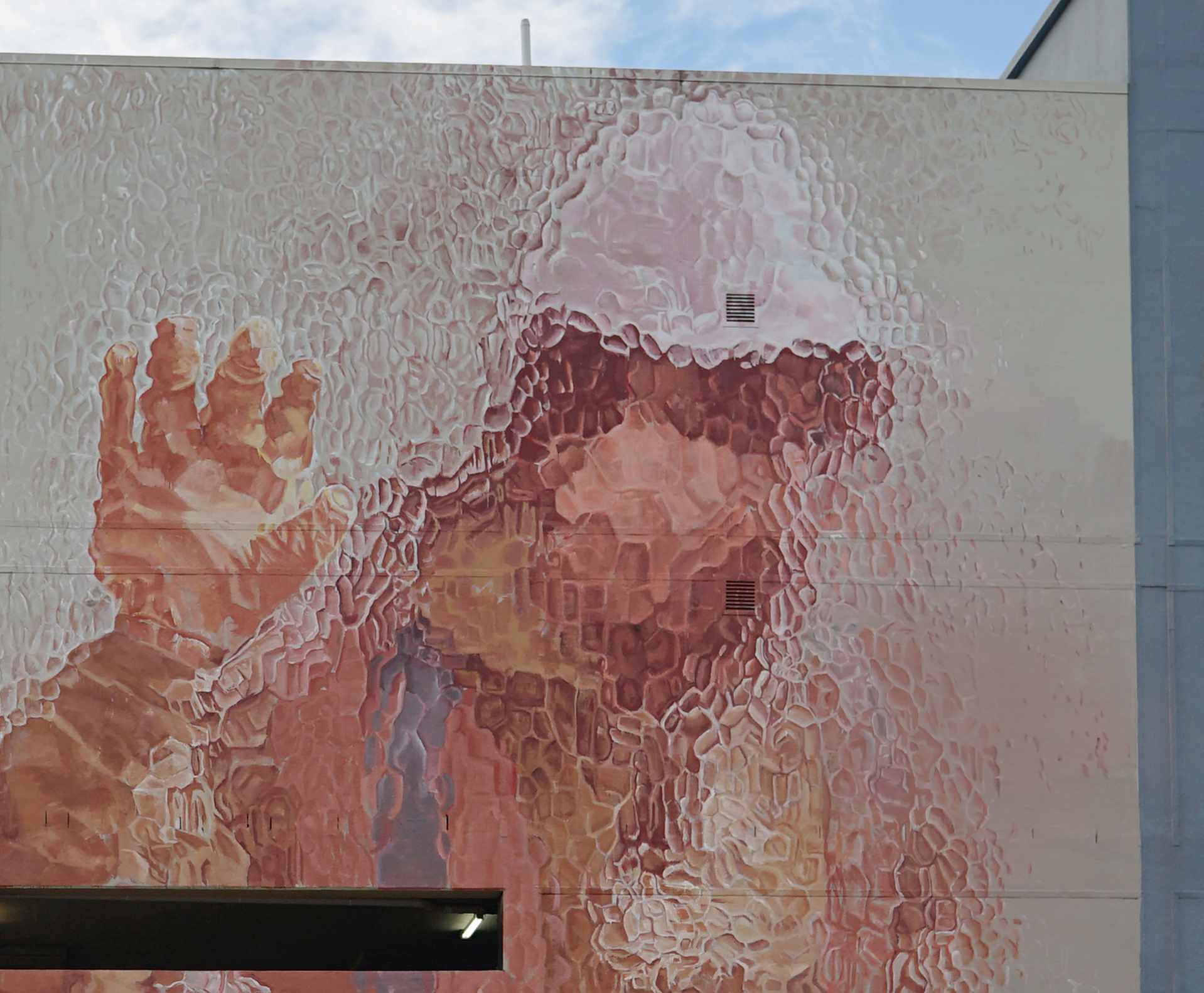 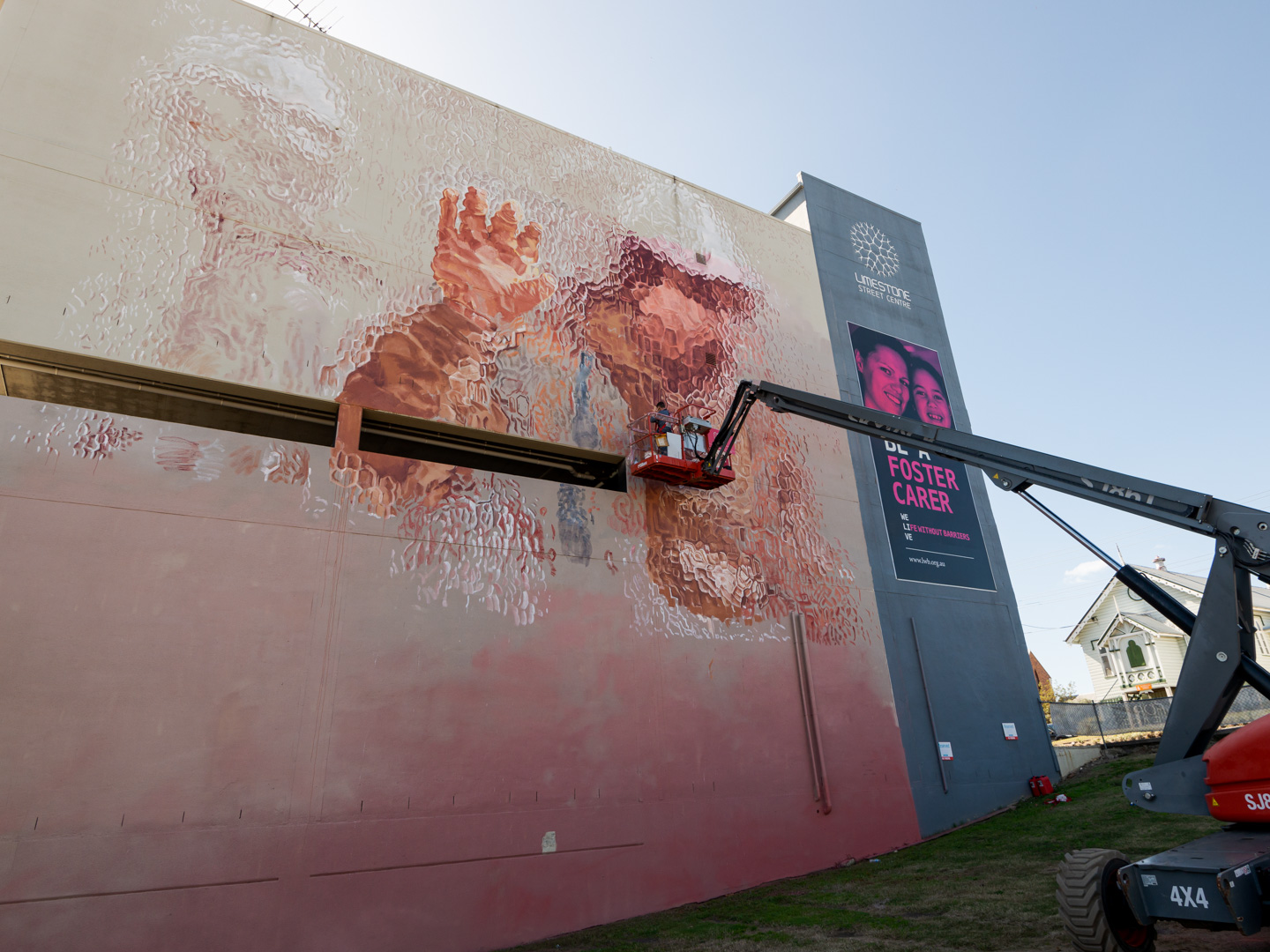 The post “Two Figures Behind Glass” by Fintan Magee in Ipswich, Australia appeared first on StreetArtNews.