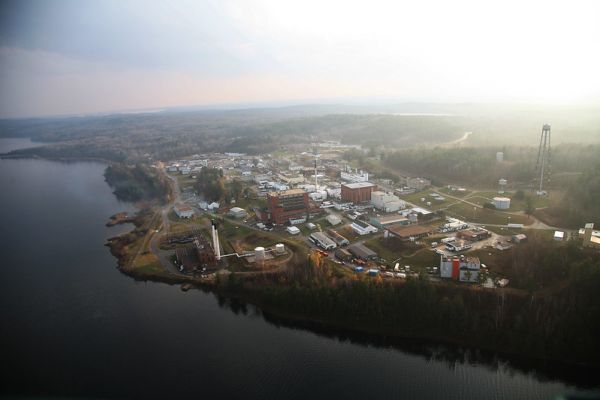 During World War II, the Université de Montréal set up a secret nuclear laboratory to do experiments for the Allies and to produce plutonium for a nuclear bomb. After the atomic bombings that ended the war, Chalk River Laboratories went public, announcing they would do peacetime experiments. They also supplied uranium and plutonium to the US military for tests. The state-of-the-art 20-watt reactor was a mecca for nuclear scientists from all over the world. But compared to today’s nuclear laboratories, there were quite a few opportunities for trouble.

On December 12, 1952, a lab worker reset two buttons by mistake and initiated a sequence of events, fueled by panic and confusion, that led to the world’s first nuclear reactor core meltdown. When it was over, 4.5 million liters of contaminated water flooded the facility. The cleanup took 800 employees plus military personnel from both Canada and the US. The meltdown wasn’t kept a secret, but the press downplayed the damage -and the danger. By 1957, a newer 200-megawatt reactor was built nearby. In 1958, another accident occurred when a crane tried to remove damaged fuel rods which melted and caught fire. This time, 1100 people took part in the cleanup.

A couple of decades later, those who worked during the cleanup operations were suffering from cancer at much higher rates than the general public, but it took until last year to get an agreement for compensation. Read about these two Canadian accidents and their fallout (meant both figuratively and literally) at The Walrus.  -via Damn Interesting