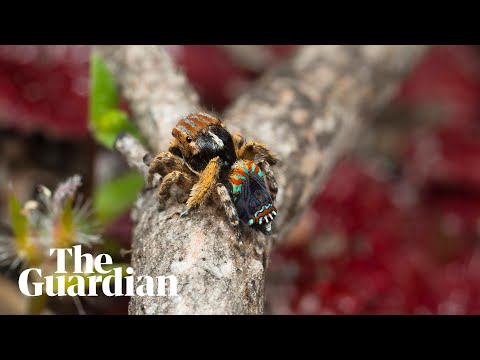 Jurgen Otto (Peacockspiderman) is known on the internet as for his spectacular photos and videos of peacock spiders. You might not have known that Otto, along with his colleague David Knowles, have discovered the majority of the 70 known species of peacock spider. Knowles spotted a spider with a peculiarly energetic dance he called the Hokey Pokey spider in 1994, but didn’t bring back a specimen. He’s been looking for it ever since. Knowles and Otto looked for the spider in 2015 and 2016, and almost gave up, but Otto went out into the Australian wild alone in 2017. That’s when he found the Hokey Pokey spider, retrieved a specimen as well as pictures and video, and got to name the species Maratus tortus. On the same trip, he found yet another new species with spectacular markings that he named Maratus unicup. See more pictures and more complete videos of these new spiders at ABC News.