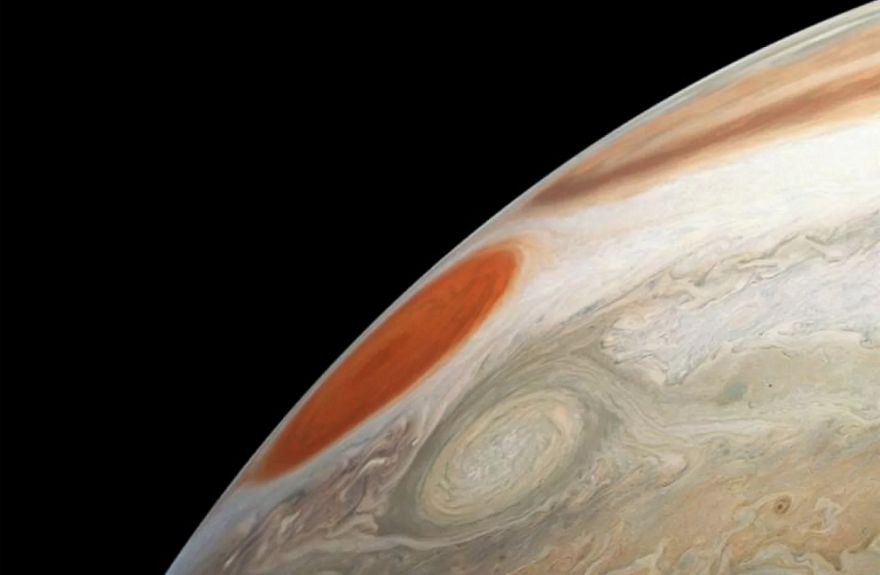 In another stunning photo captured by NASA’s Juno spacecraft as it passed by Jupiter’s surface, we get to see two storms next to each other.

The visible-light camera on board Juno, called JunoCam, has been able to watch Oval BA change over the course of the mission, with the storm becoming paler since a previous visit nearly a year ago, according to a statement from the Southwest Research Institute, which manages the mission.