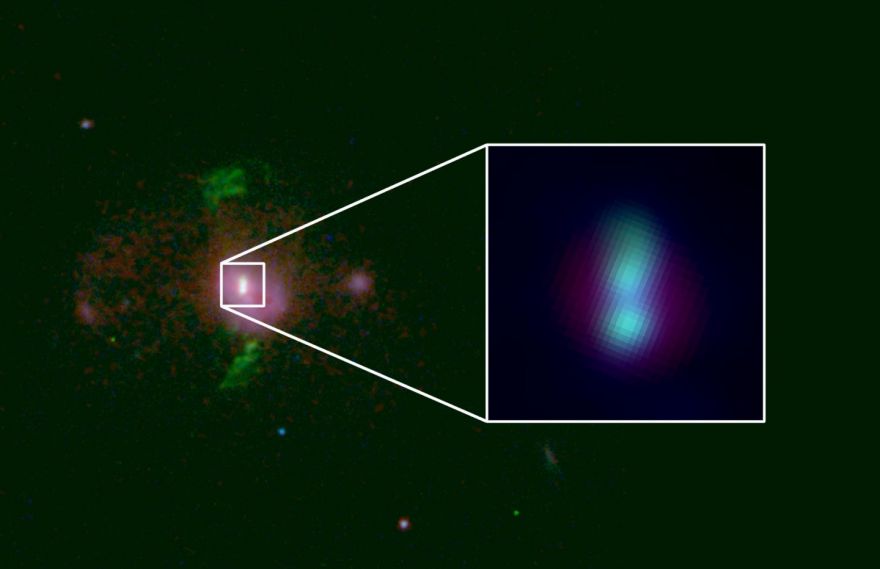 Slowly drawing closer together in a death spiral, the supermassive pair will start sending gravitational waves that will rip through space-time. The mass of each black hole is stated to be over 800 million times that of our sun.

Even before the destined collision, the gravitational waves emanating from the supermassive black hole pair will dwarf those previously detected from the mergers of much smaller black holes and neutron stars.

The pair of black holes is found to be 2.5 billion light years away from Earth.

Find out more about this on EurekAlert.