We know that soldiers risk their lives, but here’s one aspect of their bodily health you’ve probably never considered: Hearing loss. Arming young men and women with firearms means you’re exposing them to a 140- to 165-decibel blast each time they pull the trigger. In a firefight or during drills, they’re also exposed to the gunfire of their squadmates on either side.

The sounds of gunfire also drown out instructions from commanding officers, which can lead to chaos. As a result, the U.S. Marine Corps has begun the widespread distribution of suppressors, a/k/a silencers, to their troops, with the ultimate aim being to field 30,000 units by 2023–” enough to equip every front-line Marine worldwide,” according to Popular Mechanics. 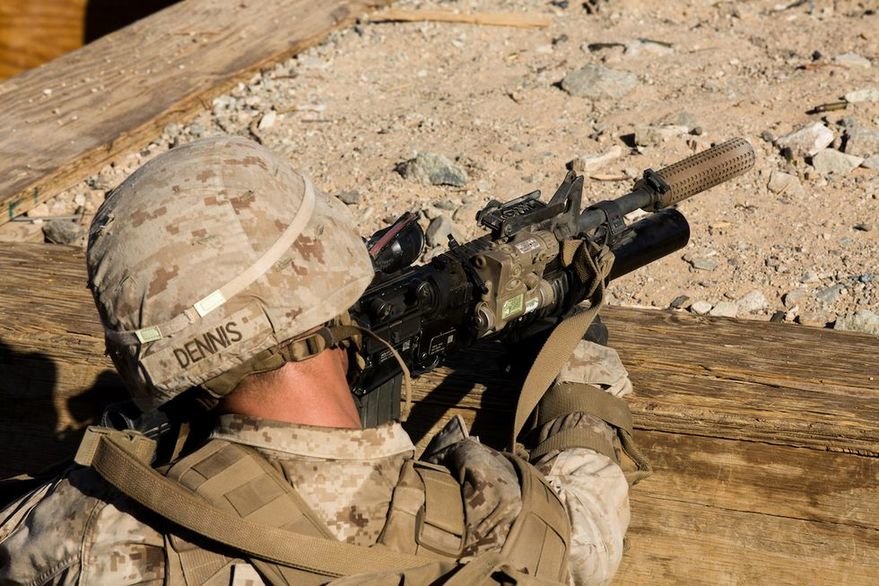 The suppressors will also confer a tactical benefit, as they obscure the muzzle flash of a bullet leaving the barrel. This would make the location of the rifleman/riflewoman more difficult to detect at night.

Post-combat, Soldier Systems reports that the greatest benefit of the suppressors will be to the soldier’s health:

According to the U.S. Department of Veterans Affairs, hearing problems are by far the most prevalent service-connected disability among American veterans.

“In the big picture, the VA pays out a lot in hearing loss claims,” said [Program Manager for Infantry Weapons, Major Mike] Brisker. “We’d like Marines to be able to continue to hear for many years even after they leave the service. These suppressors have that benefit as well.”