“Every so often, in the midst of chaos, you come across an amazing, inexplicable instance of civic responsibility. Maybe the last shred of faith people have is in their firemen,” Kurt Vonnegut spoke on those taming one of the most chaotic of elements.

Fire. The creator and destroyer of all. A bringer of hope and devastation. It does as it pleases, its one craving – to consume. Sounds like me after a Saturday night… Big thanks to all the Uber drivers getting people like me home! After dancing like the world was gonna end tomorrow, the legs just don’t work like they used to.

But it seems that Uber drivers aren’t just heroes in these instances. One man stopped in the middle of a job to help people out of a burning building, saving dozens of lives. This is the story of Fritz Sam. Let’s get into it!

Uber driver Fritz Sam has been hailed a hero for stopping in the middle of a job to help people escape an apartment fire in Brooklyn, New York 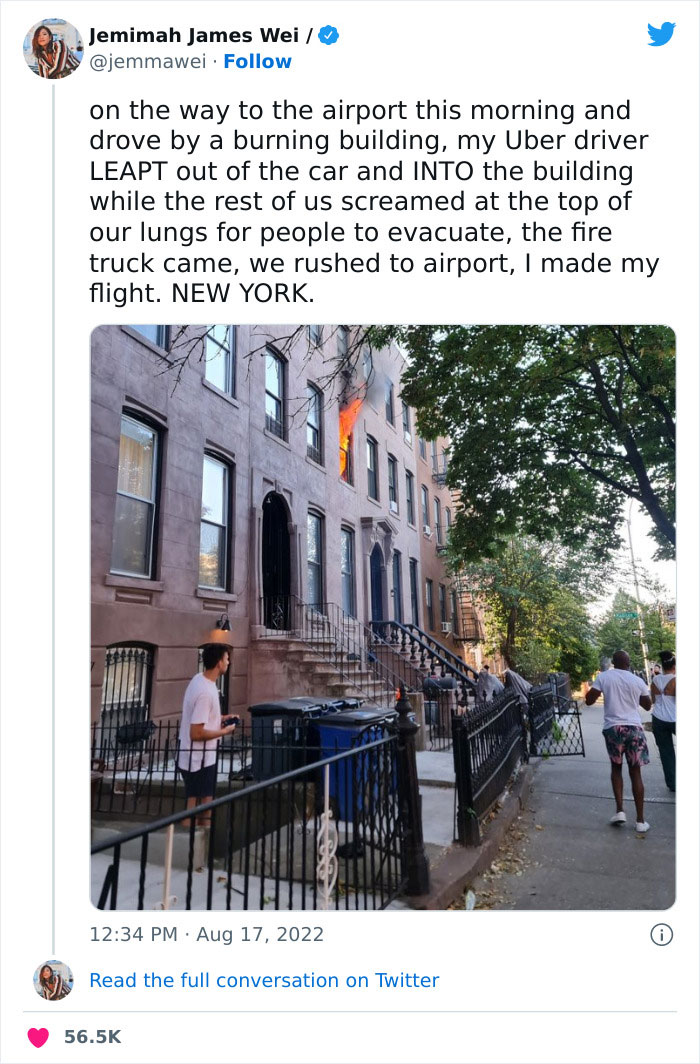 Wednesday, August 17, started out as a day like any other. Jemimah James Wei, a writer and host, ordered an Uber to the LaGuardia airport at 8am, and Fritz Sam showed up at her door. They began their journey through the metropolis of Brooklyn, New York City, but soon came across a sight unexpected.

One of the apartments of a four-story residential building on Classon Avenue was spewing smoke and fire. No first responders were at the scene just yet. Instead of driving by and hoping the best for all the tenants, the 54-year-old driver felt compelled to help. He asked Jemimah whether it’d be okay if they stopped and she agreed.

Fritz parked his car and ran towards the building. Jemimah soon followed him and, joined by other neighbors and passersby, began to yell “Fire!” in the hopes of waking up everyone still inside. According to Start Sleeping, smoke and toxic gas kill more people than flames. Many people die from a lack of oxygen before the actual flames reach them.

On August 17, Jemimah James Wei called an Uber to get her to the LaGuardia airport and Fritz arrived at 8am. Soon after departure, they noticed something strange

“Flames were shooting out of the building. There were glass shards everywhere,” Jemimah told the Washington Post. “From the outside, it looked serious,” said Fritz. “I could imagine what it must have looked like in the apartment.”

The Uber driver spoke with neighbors, trying to figure out if anyone was left in the building, but no one could be 100% sure. The fact that there was no definitive answer sparked something inside of him, making him run into the blazing building without a second thought.

“I felt like I had a responsibility to do this,” Fritz told the Washington Post. ‘I had to do something. It’s not my family, but it’s someone else’s family. If it was my family, and I wasn’t able to be there, I would hope that somebody else would go in and help them.”

A second-floor apartment in a four-story building was on fire, and Fritz wanted nothing more than to help. He asked Jemimah if they could stop and she agreed

Speaking to CNN, he recalled that the fire was still confined to a second-floor apartment, allowing Fritz to navigate the building and evacuate any remaining residents before the fire got worse. He located a woman on the second floor and a man on the first floor. Although the man was appreciative of the help, the woman refused to leave.

“I think she was in shock, and she didn’t want to leave,” said Fritz. “It took a little bit of negotiating.” He told the woman he wouldn’t leave without her. Thankfully, she complied. As he helped her down the stairs, “you could hear stuff crackling and popping.”

Firefighters arrived soon after the last resident was taken out of the building, with Fritz comforting them and making sure they were alright. One person tapped him on the shoulder and handed him his car keys. In all the chaos, Fritz had parked in front of a fire hydrant, and another passerby re-parked his car down the block.

A little while later, both Fritz and Jemimah returned to their car to finish the journey they had started prior to the detour. “It was quite an experience,” Fritz said.

“I felt like I had a responsibility to do this,” Fritz said. “If it was my family, and I wasn’t able to be there, I hope that somebody else would go in and help them”

Jemimah took to Twitter to praise Fritz for everything that he’d done that day: from potentially saving lives, to getting the woman to the airport with time to spare. “On the way to the airport this morning and drove by a burning building, my Uber driver LEAPT out of the car and INTO the building while the rest of us screamed at the top of our lungs for people to evacuate, the first truck came, we rushed to the airport, I made my flight,” she wrote.

Although Fritz planned to tell nobody of what happened, the tweet soon went viral with 56.6K likes. The next day, Uber’s CEO Dara Khosrowshahi acknowledged the man’s heroic act. “I spoke to this Uber hero – he was thankful that someone helped move his car – all the while he was the one who ran into the building!” he posted on Twitter. Uber stated that they’d be giving Fritz a free one-year Tesla rental as a reward.

Fritz ran into the building without a second thought. He found a man and woman and led them both to safety. Soon after, the firefighters arrived 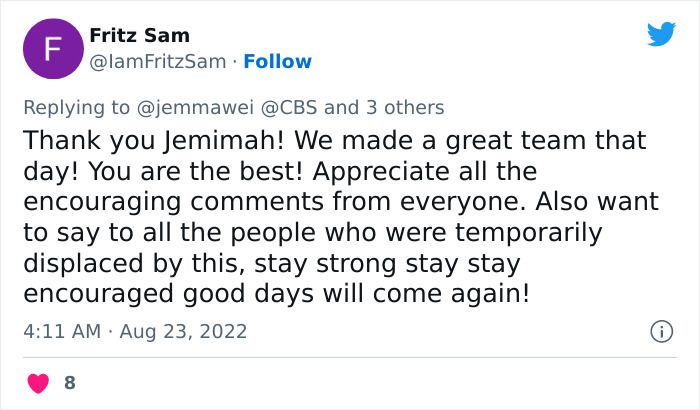 Fritz, who’s a long-time Brooklyn resident and father of two, said he’d been driving with Uber since 2015. He told CNN he’s glad everyone made it out safely and that his passenger was able to make her flight. “I get tunnel vision in those situations,” he told CNBC. “I don’t want to get hurt, but when people need help, I just want to do the right thing.”

He recalled to CNBC that his parents owned a yellow taxi company while he was growing up, and he once pulled over to check on someone whose car had burst into flames. “I hope I never have to do something like this again, but I can’t say I won’t,” Fritz said. “You’d be surprised what any given moment can bring out in you.”

The cause of the fire is currently under investigation by the authorities. A spokesperson of the Red Cross told CNN that the organization is currently helping 11 residents who were impacted by the fire to get back on their feet.

Jemimah took to Twitter to praise Fritz for not only saving lives, but also for getting her to the airport in time following the event. Uber’s CEO has called the man a hero 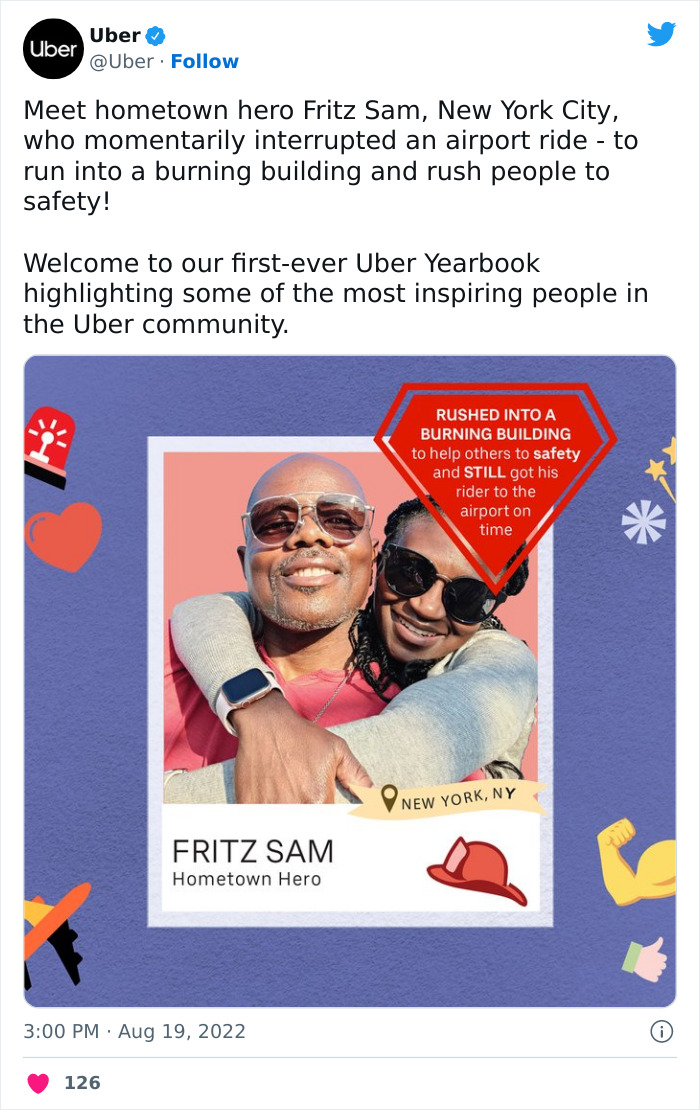 A disaster is not something you can predict, yet there are steps you can take to ensure the best possible outcome. Let’s start with smoke detectors – they’re cheap and effective. It’ll alert both you and your neighbors to the potential danger. Test smoke alarms every month and replace batteries in battery-powered and hard-wired smoke alarms at least once per year.

As advised by the American Red Cross, if a fire occurs in your home, get out immediately and call for help. Once you’re out, stay out. If you’re caught inside and there’s a lot of smoke, stay low to the floor until you’re out. If your clothes catch fire, stop, drop, and roll. If you can’t, use a blanket or towel to smother the flames.

If you have to escape through a closed door, feel the door before you open it with the back of your hand – never the palm. Don’t touch the handle first as metal can be very hot. If the door isn’t warm, open it slowly. If you’re on the second floor and you’re trapped, exit through the window with bedding material you can use to break your fall if you have to jump.

If you have to exit through a window and it won’t open, break the glass and use bedding, towels, or clothes to line the inside edge of the window so you don’t get cut when you exit. If you get burned, after you escape, use cool water—never ice, nor ice-cold water—on the wound for 3–5 minutes, then cover it with a clean, dry cloth until you receive medical attention.

“I hope I never have to do something like this again, but I can’t say I won’t,” Fritz said. We wish him all the best and hope that he will be nicely compensated 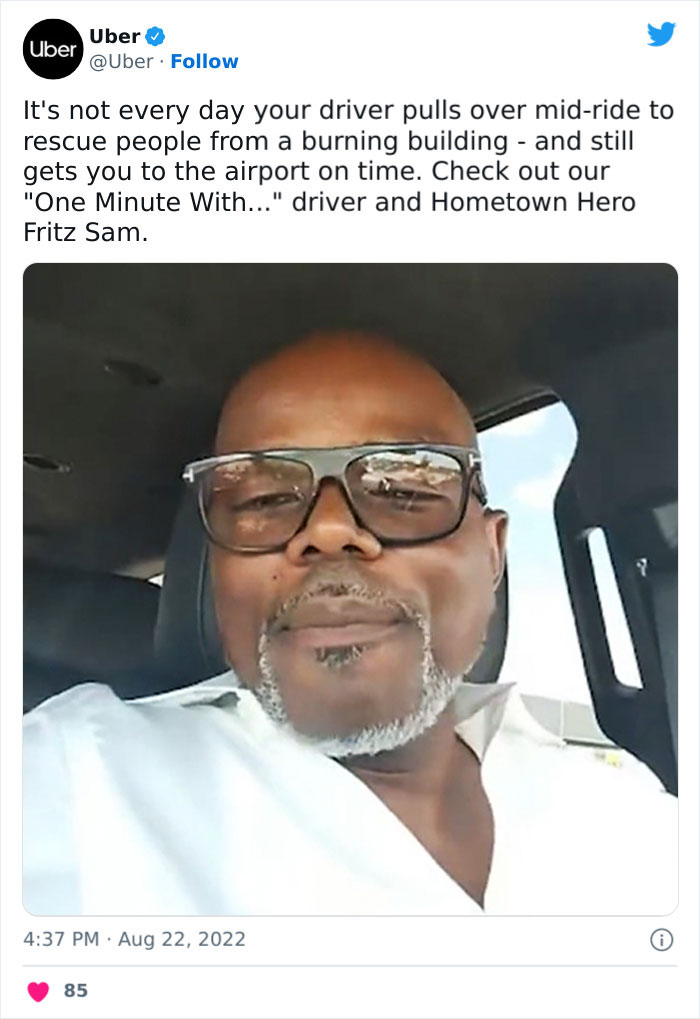 We’re grateful there are heroes among us. Because let’s admit it – not everyone could do what Fritz did. Heck, people groan and moan every time they have to help out a coworker emptying the dishwasher, let alone saving lives and potentially endangering their own.

We wish Fritz all the best and hope he gets the compensation he deserves! Let us know your thoughts on the story, and I shall wish you a safe and lovely day!

Some people on Twitter have praised his selfless act of service, noting the goodness that lies within us as people… 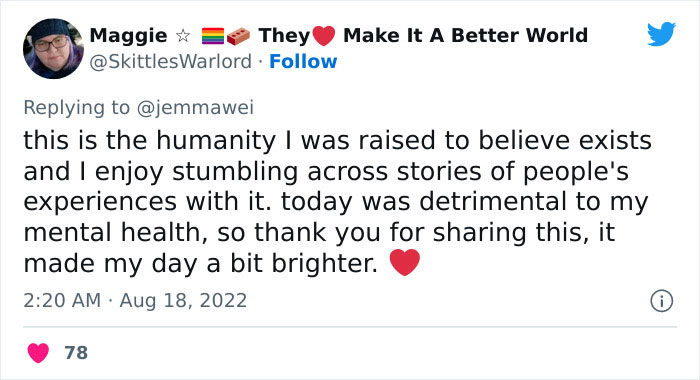 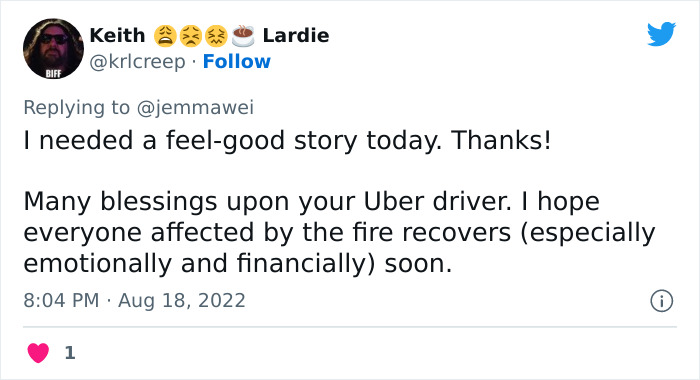 …Others have cracked some of the most hilarious jokes. Let us know your thoughts in the comments!

The post Uber Driver Spots Apartment Building Fire, Helps Evacuate Residents And Still Gets His Passenger To The Airport In Time first appeared on Bored Panda.