Unaweep Canyon in western Colorado, the United States, is a large canyon that cuts across the Uncompahgre Plateau, a large uplift within the Colorado Plateau with an average elevation of nearly 3 kilometers. Unaweep Canyon is the only major canyon in the Colorado River drainage not occupied by a river. Instead, it is occupied by two small creeks, which flows, paradoxically, in opposite directions from a gentle divide within the canyon—the almost imperceptible Unaweep Divide. For this reason, Unaweep Canyon is said to be the only canyon in the world with two mouths. 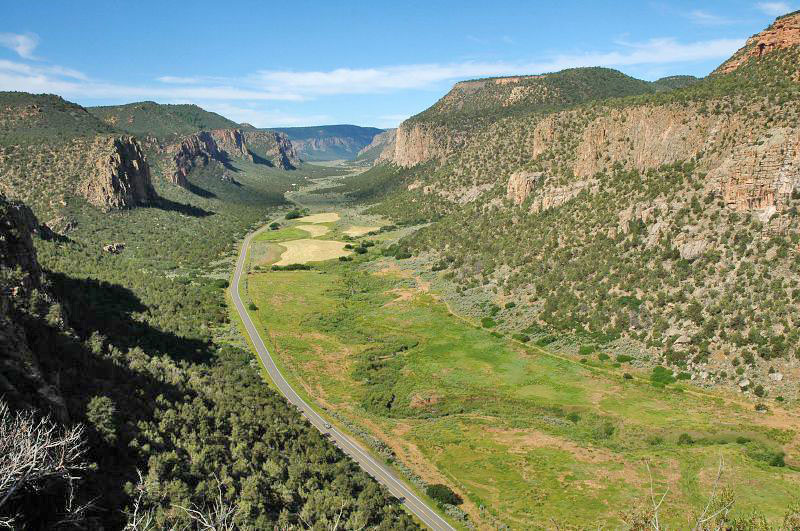