Fight or flight. The response many of us have debated. How would I react if this happened to me?  In some cases, the only response is to fight, especially when the situation is one that you cannot run and hide from. One of them is cancer.

The disease that brings forth unimaginable fear, pain, and, sometimes, a timer for when it’s expected for one to fall asleep without the opportunity to reawaken. Oftentimes we ignore symptoms just to not be diagnosed with it as treatment can be grueling.

However, we are finally seeing strides being made in the field and a long-awaited cure is in development for one type of cancer. Strap on in, this one is quite exciting!

Before we get into it, dear reader, I would like to ask you to leave your thoughts in the comments below, upvote the story and follow the author to show your support. Thank you, now let’s get into it!

Test results for a new colorectal cancer treatment came back with a 100% success rate, with all 18 participants in remission 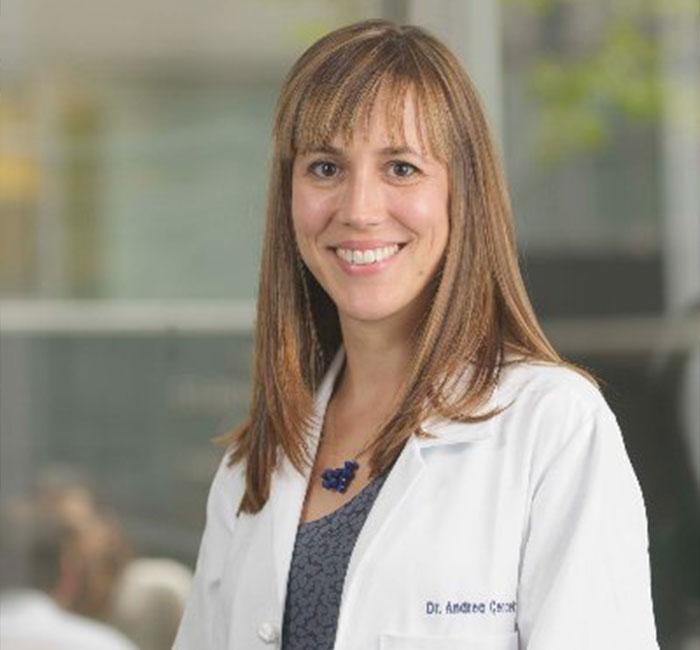 A new drug being tested for colorectal cancer has provided an incredible breakthrough, returning with a 100 percent success rate in clinical trials.

All 18 participants were considered in remission just one year after the drug trial, as after many physical exams, endoscopies, PET scans and MRI scans, they had no trace of cancer left in their bodies. It seemed the cancer just vanished.

Dr Andrea Cercek, a board-certified medical oncologist, alongside a team of researchers of New York’s Memorial Sloan Kettering Cancer Center, published a paper on their findings in the New England Journal of Medicine (NEJM), describing their exciting results.

“We’d certainly never seen this before, it’s really what cancer doctors’ dreams are made of,” she told CNN. 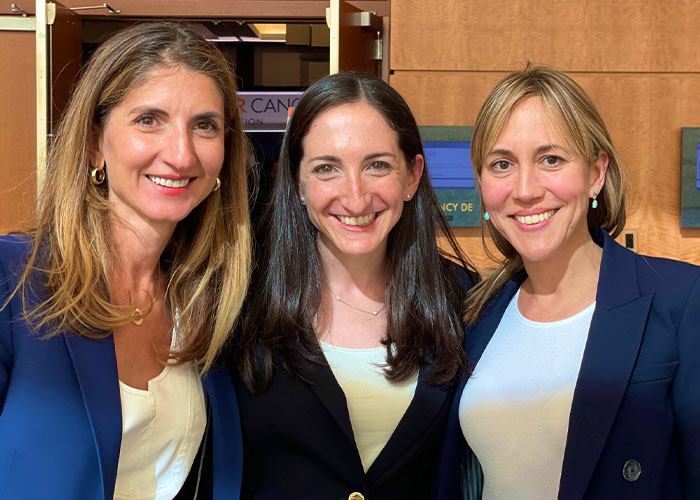 The 18 cancer patients involved were facing challenging treatments following their diagnosis, such as chemotherapy, radiation and invasive surgery, with potential side effects including bowel, urinary, and even sexual dysfunction. Some would have needed colostomy bags.

However, prior to this, they took up an immunotherapy drug, called Dostarlimab, every three weeks for six months of the study.

The patients fully expected to have to go through the previously mentioned treatments to some extent or another, yet they wouldn’t need to as they seemed to be fully cured.

Dr. Cercek described the moment patients found out they were cancer-free: “There were a lot of happy tears,” she told the New York Times.

The 18 patients were facing challenging treatments following their diagnosis, such as chemotherapy, radiation and invasive surgery 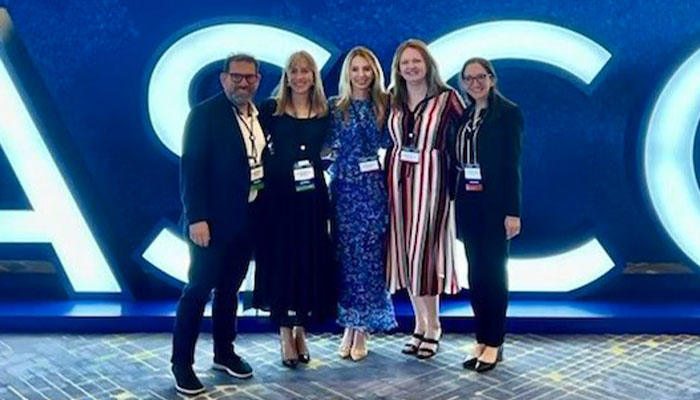 Dostarlimab is a newly-developed drug with laboratory-produced molecules that act as substitute antibodies in the human body, designed to fight specific illnesses.

Cells that have mutations, which keep them from fixing mistakes when DNA is copied, are said to have “mismatch repair deficiency.” There is a direct correlation with these cells becoming cancerous.

Dostarlimab is specifically designed to block a particular protein involved in cancer cells called PD-1. Dr Cercek explained: “When we give immunotherapy like Dostarlimab it really just revs up the immune system so that it sees the cancer and gets rid of it.”

“But what’s so remarkable here is that it completely eliminated the cancer, the tumors just vanished.” The doctor stated that such results were typically visible in 10 percent of patients with advanced cancer, making the study’s results even more “striking.”

However, they took an immunotherapy drug, called Dostarlimab, every three weeks for six months of the study 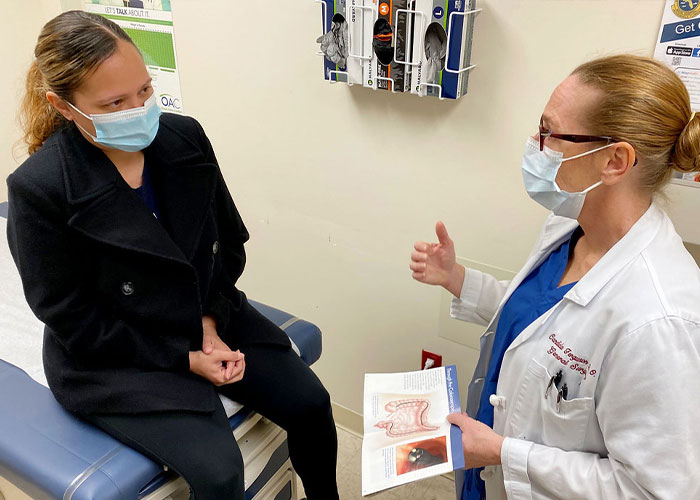 Their first patient was Sascha Roth, then 38. She first noticed some rectal bleeding in 2019, but wasn’t too alarmed. During a sigmoidoscopy, her gastroenterologist got concerned and performed a biopsy the next day. It was a malignant tumor.

Soon, she was scheduled to start chemotherapy, but a friend asked her to first see Dr Philip Paty at Memorial Sloan Kettering. The doctor told her he was almost certain her cancer included the mutation that made it unlikely to respond well to chemotherapy. It turned out, though, that Ms. Roth was eligible to enter the clinical trial.

Their first patient was Sascha Roth, who was diagnosed in 2019 after noticing some rectal bleeding 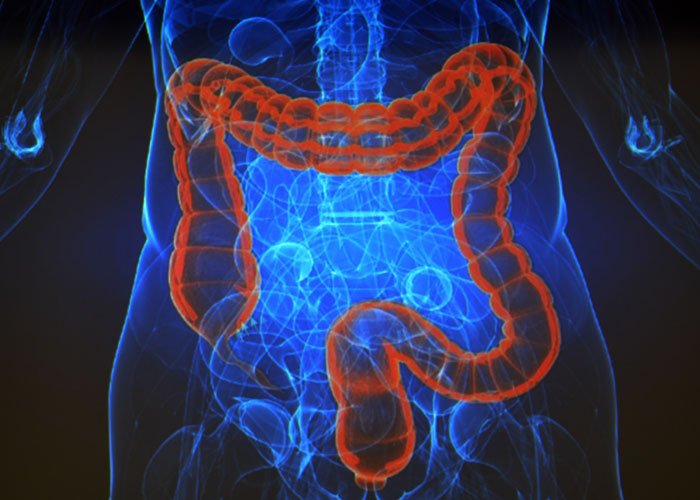 Image credits: A Healthier Michigan (not the actual photo)

Not expecting a complete recovery, Sascha planned to move to New York for radiation, chemotherapy and possibly surgery after the trial ended. Yet once it was done, Dr Cercek said: “We looked at your scans, there is absolutely no cancer.”

She did not need any further treatment. “I told my family,” Ms. Roth told the New York Times. “They didn’t believe me.” But she still does not have a trace of cancer.

Not expecting a complete recovery, Sascha planned to move to New York for further treatment, yet she had completely recovered 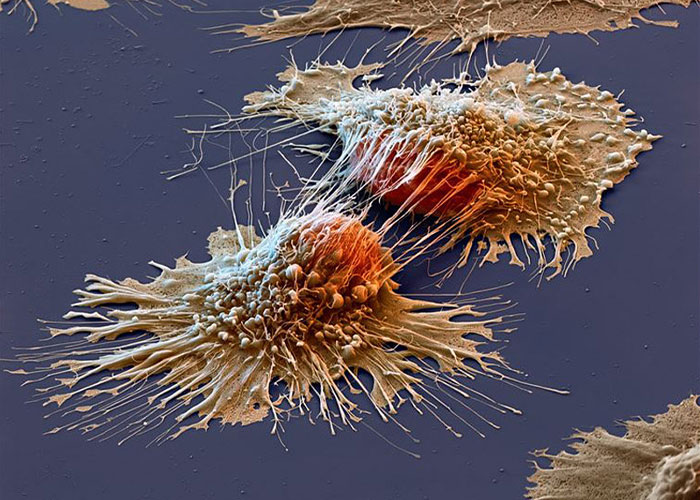 Dostarlimab, the drug with laboratory-produced molecules that act as substitute antibodies, is designed to fight specific illnesses 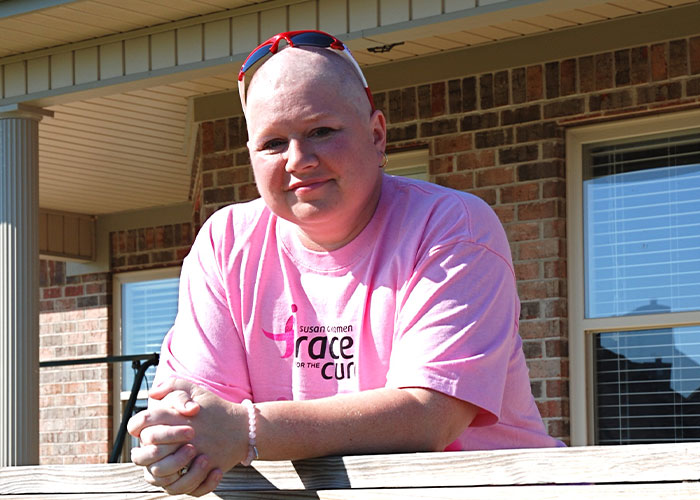 The inspiration for the study came from a clinical trial led by Dr Luis A. Diaz Jr in 2017, which involved 86 people diagnosed with metastatic cancer that originated in various parts of their bodies.

They all shared a similar gene mutation that prevents cells from repairing damage to DNA, as seen in the present trial. Patients took a checkpoint inhibitor (the same type of drug as Dostarlimab) for up to two years, after which results revealed tumors shrank or stabilized in about one third to half of the patients and disappeared altogether in 10 percent of the participants.

The results led Dr Cercek and Dr Diaz to question what would happen if the drug were administered earlier in the course of the disease, resulting in the more recent successful trial. Although it was a small trial with only 18 people, it seems to be a massive leap in the strive to eliminate cancer as one of the leading causes of death globally.

Although it was a small trial, it seems to be a massive leap in the strive to eliminate cancer as one of the leading causes of death globally 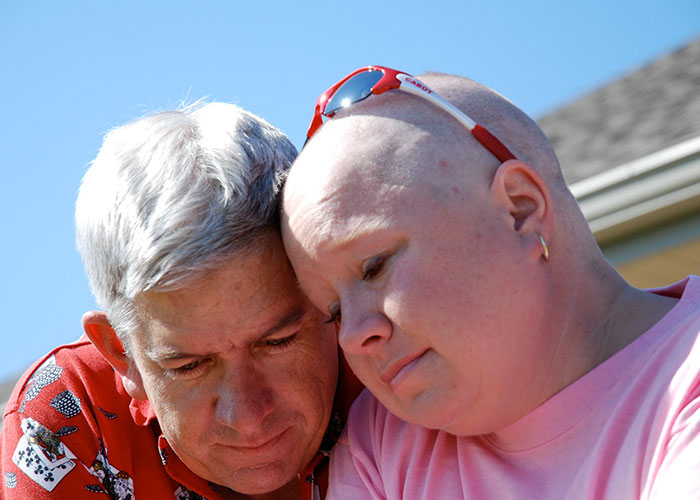 The treatment requires further testing and observation, especially considering the fact that no one of the small sample developed adverse reactions to the drug 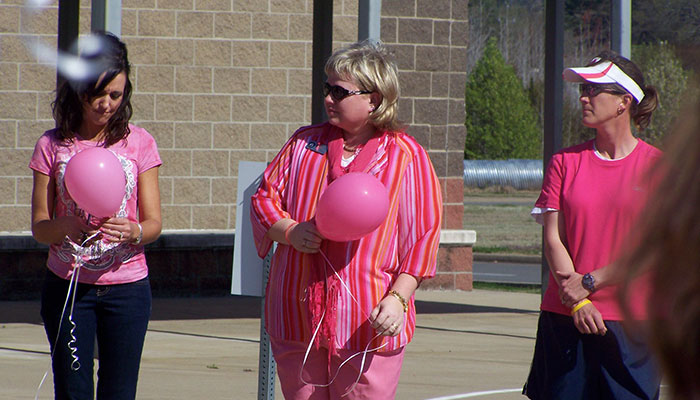 Dr Diaz told the New York Times that this was “the first time this has happened in the history of cancer,” whilst Dr Alan P. Venook explained that a complete remission in every single patient had been “unheard of.”

Although Dr Venook was not directly involved with the study, he praised the study, noting the fact that none of the patients suffered significant complications from the trial drug.

Typically scientists expect adverse reactions. While most are easily managed, as many as 3-5 percent of patients who take checkpoint inhibitors have more severe complications that, in some cases, result in muscle weakness and difficulty swallowing and chewing.

The absence of significant side effects makes Dr Venook believe that “either they did not treat enough patients or, somehow, these cancers are just plain different.”

Colorectal cancer, or more commonly known as bowel cancer, is the third most common cancer diagnosed in the United States 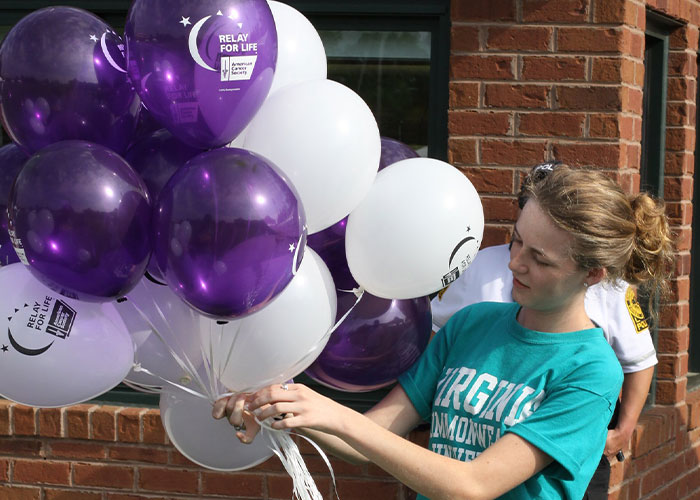 Further studies will need to take place to make sure of the validity of the drug and its potential for a wider population. Peer examiners note that it’s still unclear whether the patients are fully cured, stating that more time is needed to know the drug’s effects for sure. Others note that this study will have to be replicated to be more compelling.

Colorectal cancer, or more commonly known as bowel cancer, is the third most common cancer diagnosed in the United States. According to the American Cancer Society, the lifetime risk of developing colorectal cancer is about 1 in 23 for men and 1 in 25 for women.

It’s usually symptom-less at the very beginning, thus regular screenings are recommended and minor problems should be noted and observed 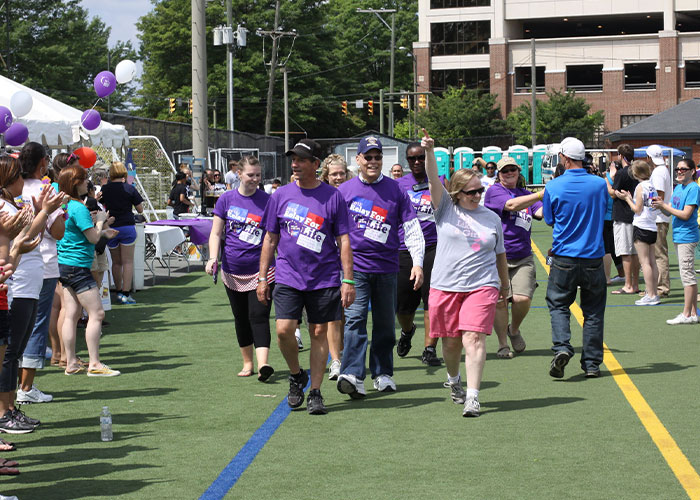 The CDC advises people to get regular screenings, as abnormal growths in the colon or rectum that can turn into cancer if not removed don’t always cause symptoms. Someone could have polyps or colorectal cancer and not know it.

Usual symptoms include: A change in bowel habits, blood in or on your stool, diarrhea, constipation, or feeling that the bowel does not empty all the way, abdominal pain, aches, or cramps that don’t go away, and unusual weight loss. You should see your doctor if symptoms persist.

Communities have banded together to raise awareness of the importance of early detection, inspiring others to seek treatment at an early stage 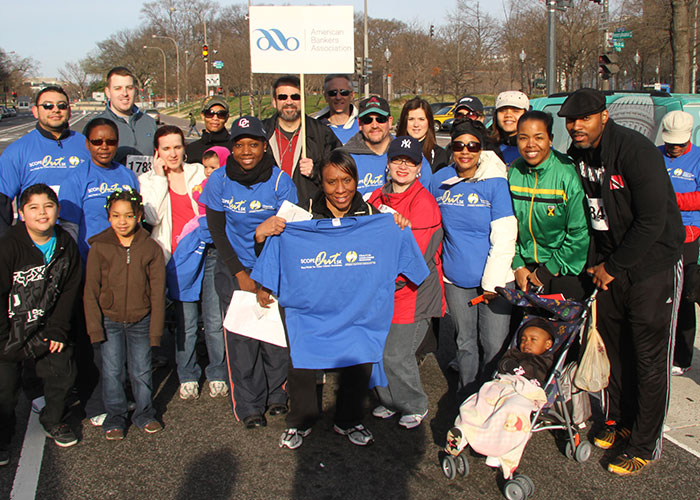 The disease was first called cancer by Greek physician Hippocrates (460-370 BC). He used the terms ‘carcinos’ and ‘carcinoma’ to describe non-ulcer forming and ulcer-forming tumors. In Greek this means a ‘crab,’ reflecting the finger-like spreading projections. Cancer begins when cells in a part of the body start to grow out of control.

Lots of times we turn a blind eye to symptoms, yet the earlier cancer is found, the more likely it is to fully recover from it. Communities of people have banded together to raise awareness of the importance of early detection, inspiring them to seek treatment at an early stage.

Relay for Life volunteers believe that more than 30% of cancer cases could be prevented by modifying lifestyle or avoiding the risk factors.

One day we might see a future where cancer is no longer a threat, but a diagnosis with an easy cure and recovery 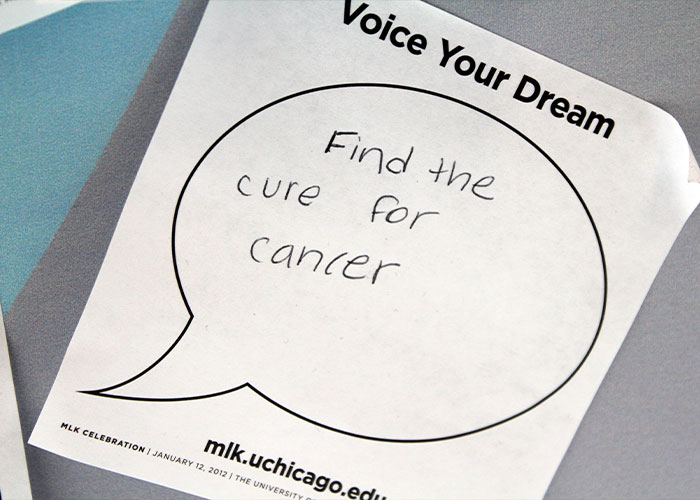 Cancer is a tricky beast, with many faces and complexities, but if one can be cured, surely, others will follow.

There is still a long road ahead towards a world where cancer will no longer bring fear and uncertainty, yet strong strides are being made and we can’t wait to see what comes next.

Let us know what you think of this in the comments below and I wish you a very happy day!

People are hopeful that this is the start of a new chapter, yet others are skeptical. Let us know your thoughts in the comments!

The post Unexpected Breakthrough In Cancer Drug Trial As All Patients Are Considered In Remission first appeared on Bored Panda.