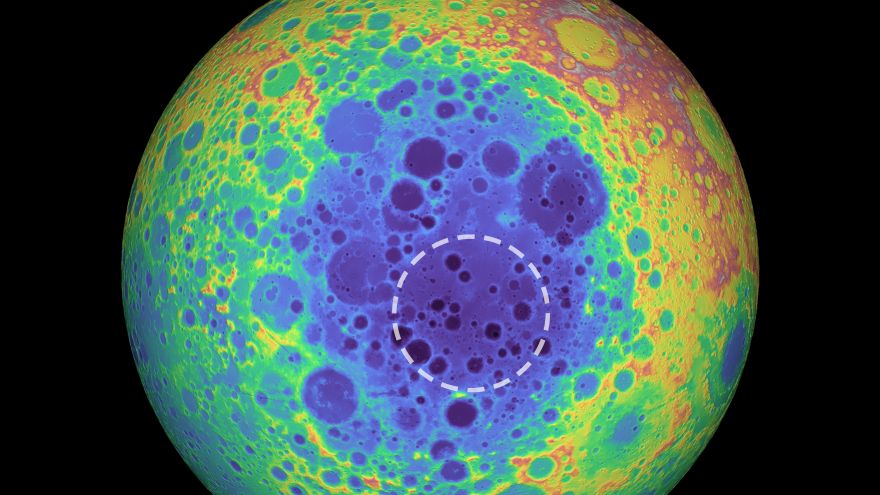 As we all know, the far side of the Moon always faces away from Earth, and so it cannot be seen from the naked eye when you’re on Earth. On the far side of the Moon lies the Moon’s — nay, the solar system’s largest crater: the Moon’s South Pole-Aitken basin. Just recently, a lunar lander made its touchdown on the crater and collected samples there.

The crater itself is oval-shaped, as wide as 2,000 kilometers — roughly the distance between Waco, Texas, and Washington, D.C. — and several miles deep.

This latest news, however, could perhaps be bigger news than the previous one. A study from Baylor University discovered a mysterious mass on the Moon’s crater.

“Imagine taking a pile of metal five times larger than the Big Island of Hawaii and burying it underground. That’s roughly how much unexpected mass we detected,” said lead author Peter B. James, Ph.D., assistant professor of planetary geophysics in Baylor’s College of Arts & Sciences.

It is still unknown what the gigantic mass is, although scientists have a few theories of what it could be.

Rating Unknown Mass Detected on the Far Side of the Moon is 5.0 / 5 Votes: 1
Please wait...
Loading...
Related articles