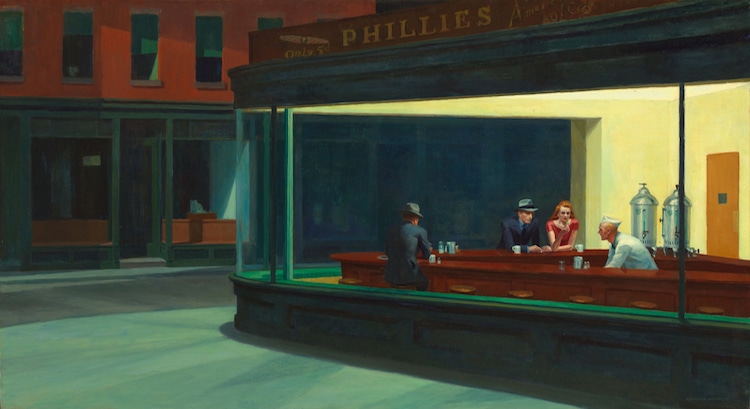 Celebrated as a key figure of 20th century American art, lifelong New Yorker Edward Hopper held that “great art is the outward expression of an inner life in the artist, and this inner life will result in his personal vision of the world.” While this intimate artistic approach is apparent in many of Hopper’s masterpieces, it is particularly apparent in Nighthawks, an iconic oil painting that has helped define the Modernist movement.

An embodiment of Hopper’s knack for capturing the not-so-glamorous realities of metropolitan life, Nighthawks has been held in high regard since its completion in January of 1942. Today, it is housed in the Art Institute of Chicago, where it continues to captivate American and non-American audiences alike. 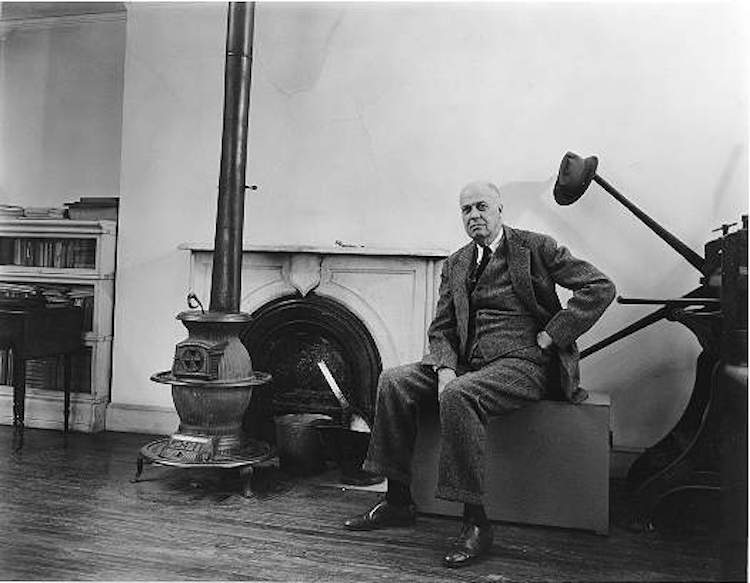 Like most of Hopper’s oil paintings, Nighthawks offers a glimpse into the artist’s perceptions of modern American life—particularly, in New York City. Unlike his contemporaries who opted to capture the city’s bright lights, buzzing atmosphere, and booming industry, however, Hopper instead focused on the prevalent yet underrepresented loneliness of its residents.

This melancholic motif is evident in many of the artist’s earlier compositions, including Automat (1928), Night Windows (1929), and Sunday (1927). 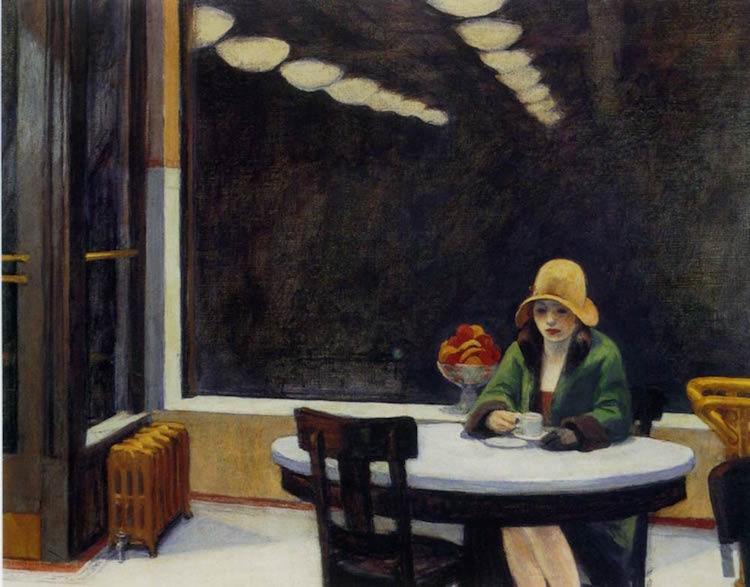 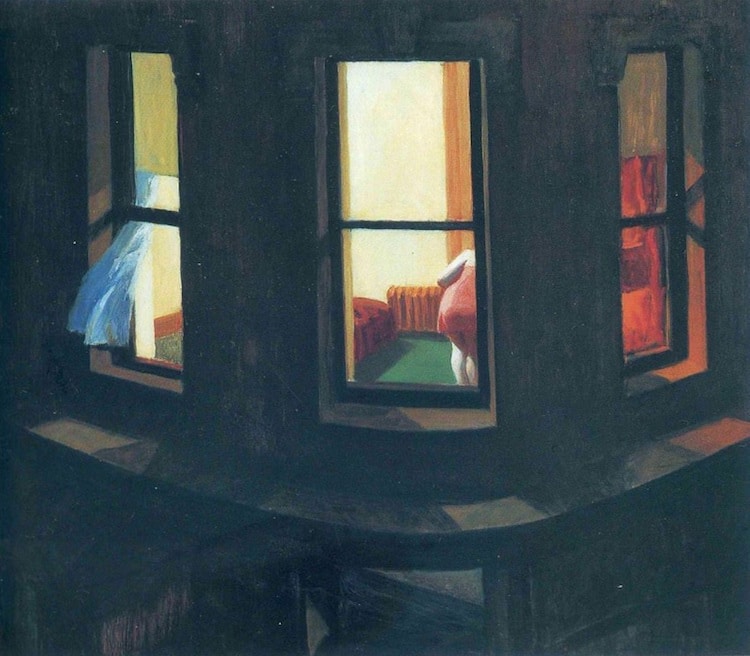 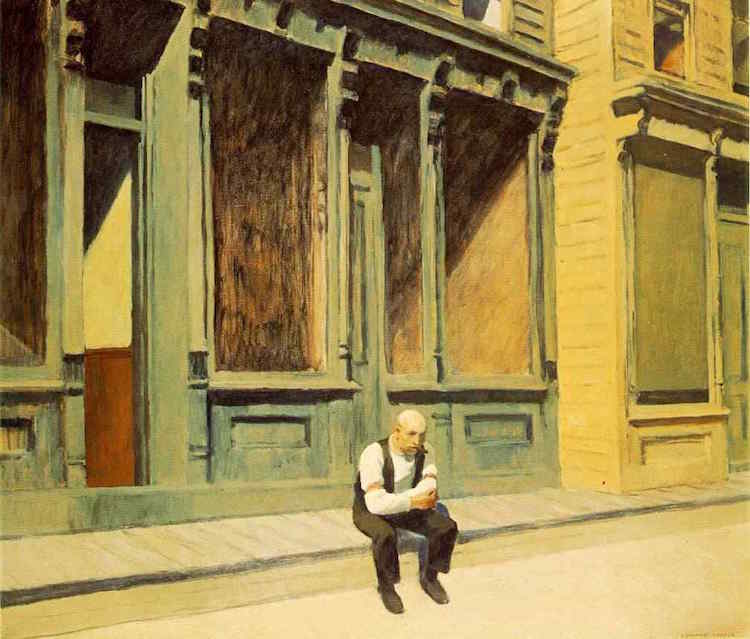 Unlike many of his other depictions dealing with isolation, Nighthawks stars a group of subjects. The the primary subject is not a lone figure, the scene still evokes a sense of solitude. Set late at night, the composition quietly presents a look at an unassuming neighborhood diner. The painting’s ordinary stillness makes it easy for the viewer to place his or herself into the scene; one can almost hear the hum of its harsh fluorescent lights and the clink of the customers’ coffee mugs.

“Unconsciously, probably,” Hopper explained, “I was painting the loneliness of a large city.”