The 1,443 characters randomly piled on a pedestal here correspond to an episode in the novel Invisible Cities (1972) by Italo Calvino. Soares uses a heap of language to make a sculpture that is as much an evocation of the original text as it is of all the possible reconfigurations allowed by a finite number of characters. 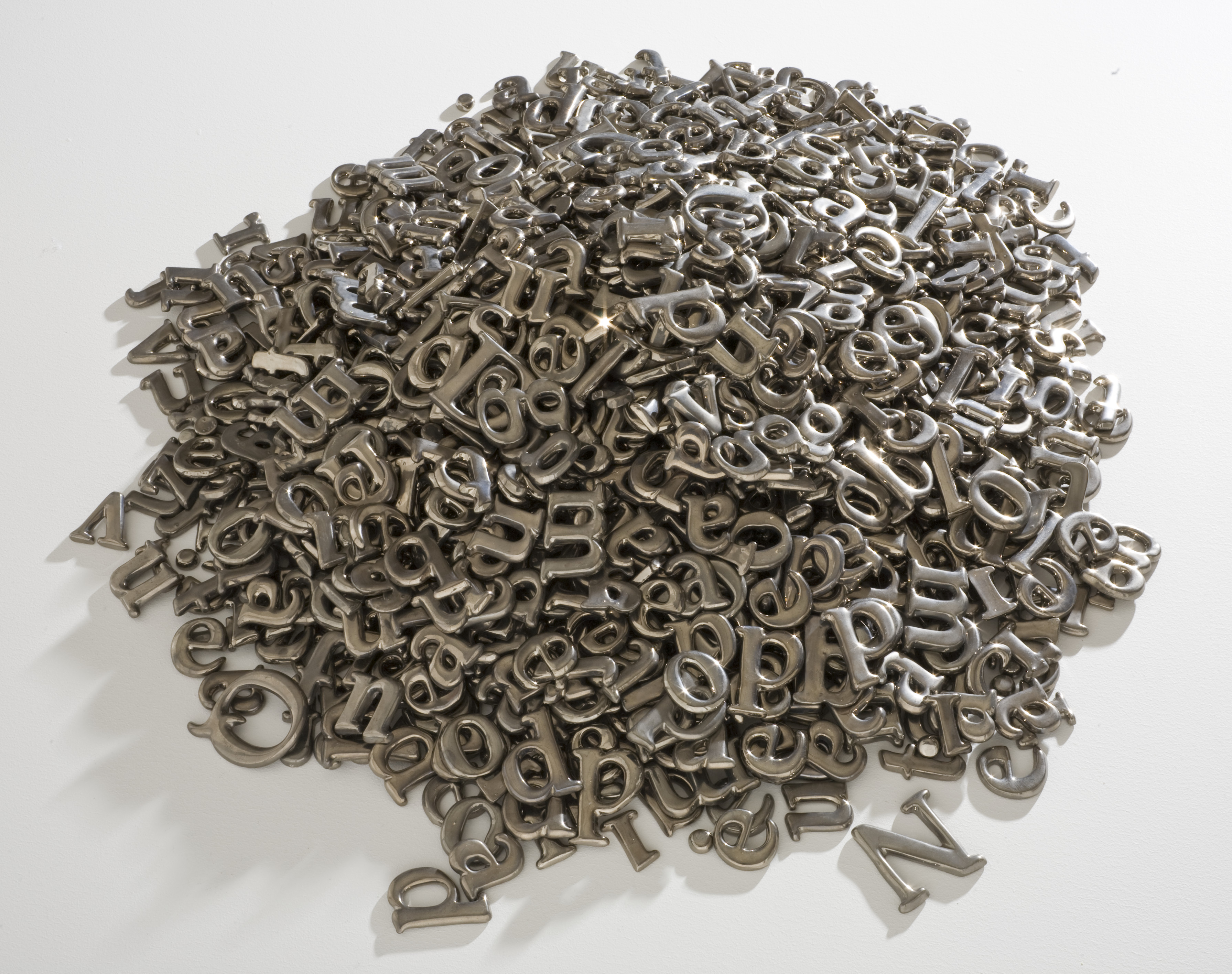 Legacies of Exchange: Chinese Contemporary Art from the Yuz Foundation