The popularity of computer gaming has spilled into furniture design, as seen in the CyberOne Gaming Desk and the rather extreme Ultimate Gaming Bed. Both of those things were arguably tweaks of existing furniture forms. But this Couchmaster object is in its own category. 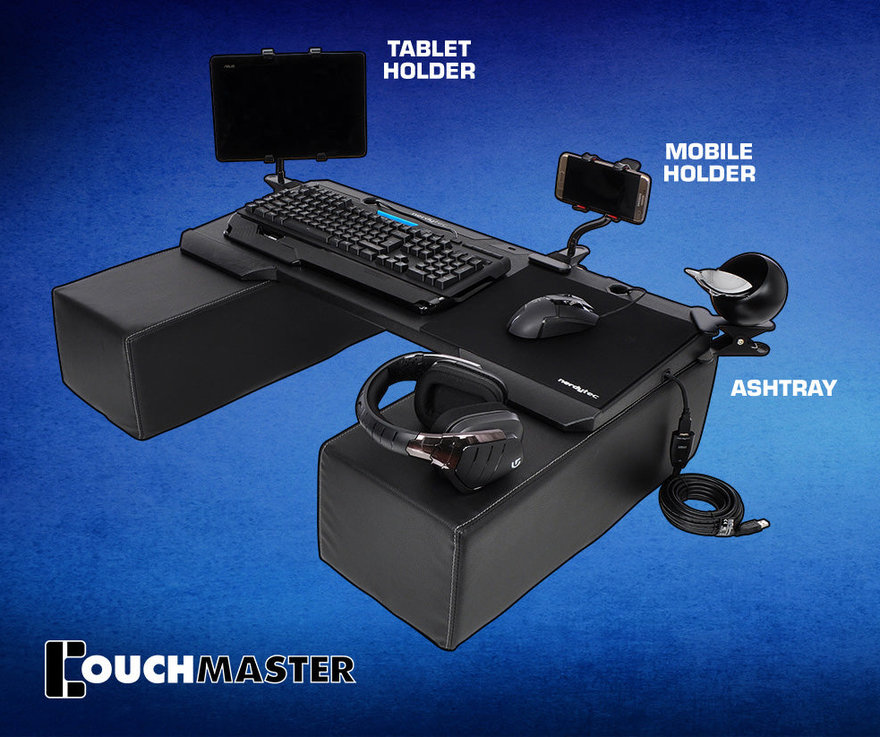 It was invented by Germany-based gamer Chris Mut and his friend Roman Jakob, and the inspiration was not sloth, but back pain. Mut, who finds sitting at a desk unworkable due to back issues, had attempted computer gaming by sitting on a couch in front of a large-screen TV; but “there was no reasonable way to operate the system with mouse and keyboard without having to struggle with nasty back pain,” he writes. He experimented with lap boards and breakfast-in-bed tables but found no improvement.

Determined to build their own solution, the duo then spent half a year working up a prototype in Mut’s garage. And while the object was designed specifically for Mut’s use, “When the Couchmaster was finally finished in an earlier version and we saw the open mouths of our friends, it was immediately clear to us: the world had been waiting for such a product,” he writes. 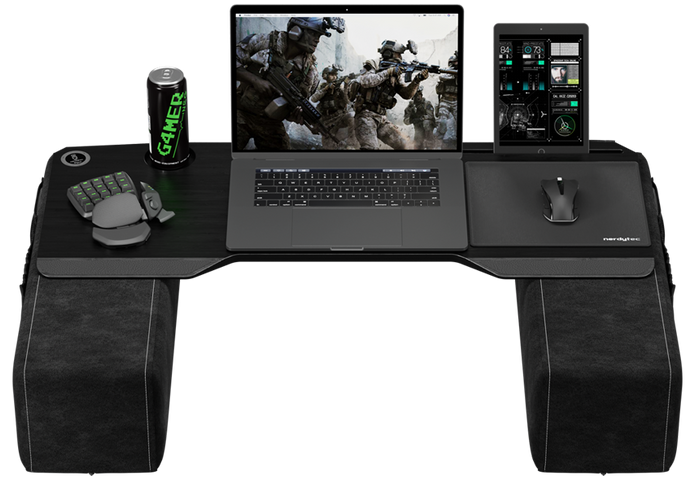 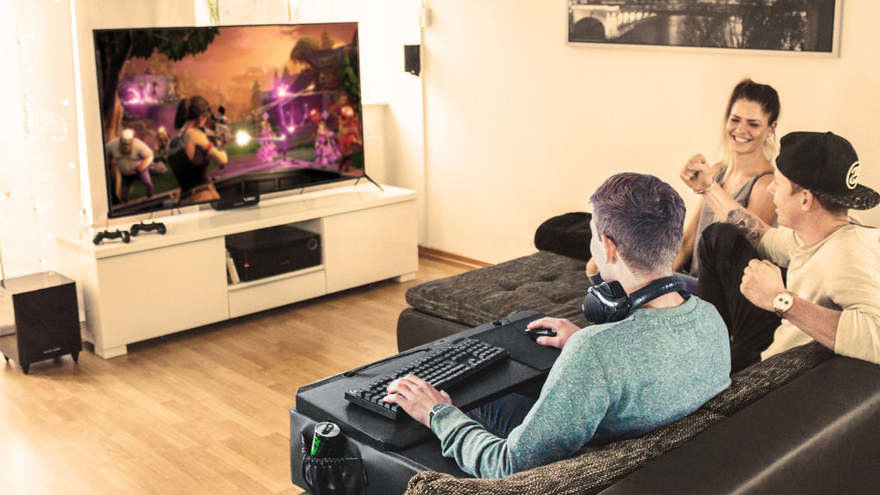 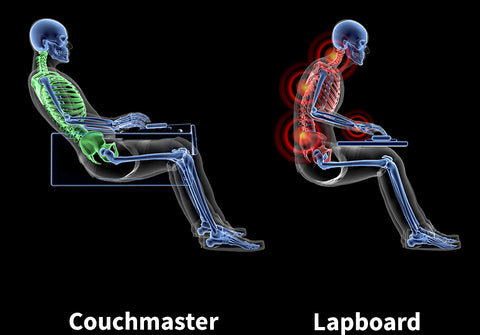 With this hunch the two formed a company, Nerdytec, to get the Couchmaster into production. Market validation, the duo say, was immediate:

“[This] was demonstrated to us at the first exhibition, a gaming contest called Benq Finals. Our booth with 4 Couchmasters including televisions and sofas was literally bombarded with people and queues were created to try out this new product. Even after the event was over, the enthusiasts could hardly be stopped from playing on our Couchmaster. Since then, we have continued to develop and expand the Couchmaster family with limited editions and notebook versions.” 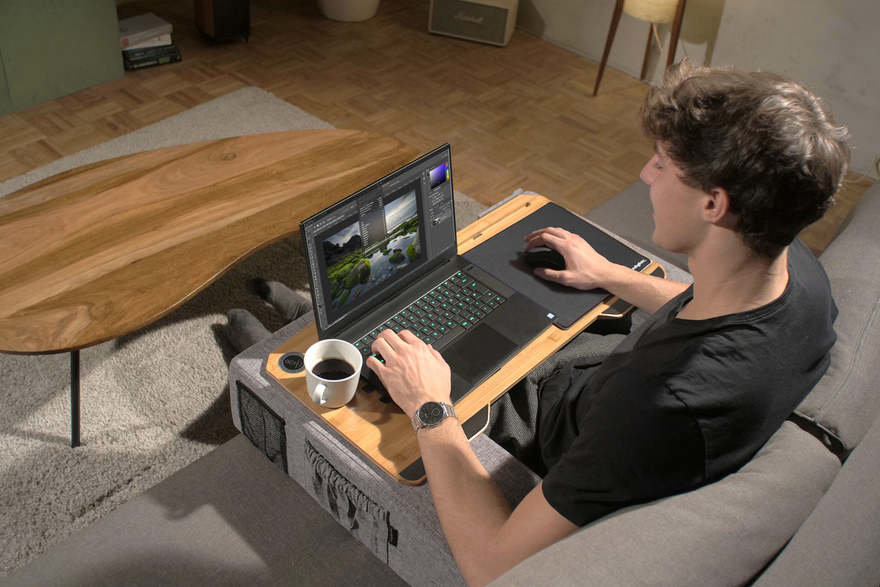 Mut and Jakob produced their first Couchmaster some 11 years ago, and today the company’s a going concern. The Couchmaster comes in a variety of sizes and run $129 for a basic no-power version, up to $299 for the deluxe Titan, which features cable management and a half-dozen built-in USB ports. 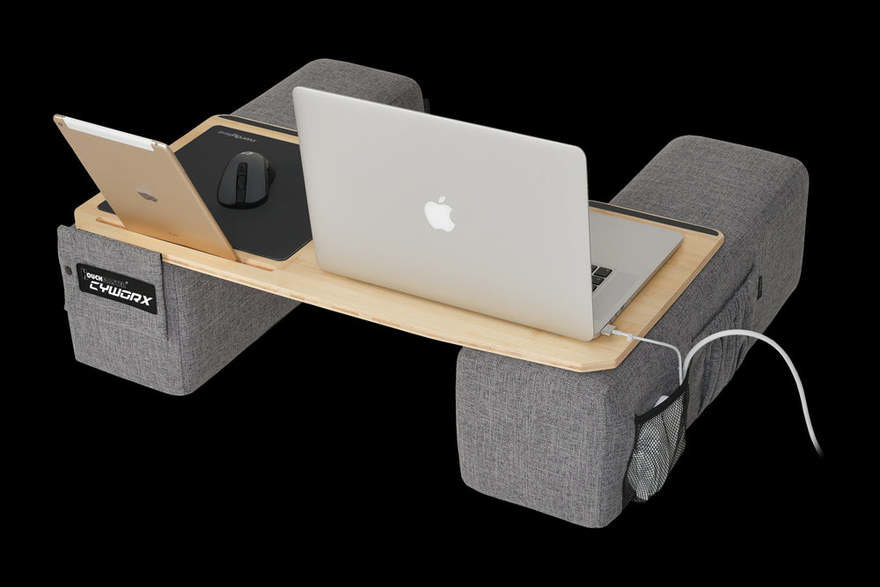 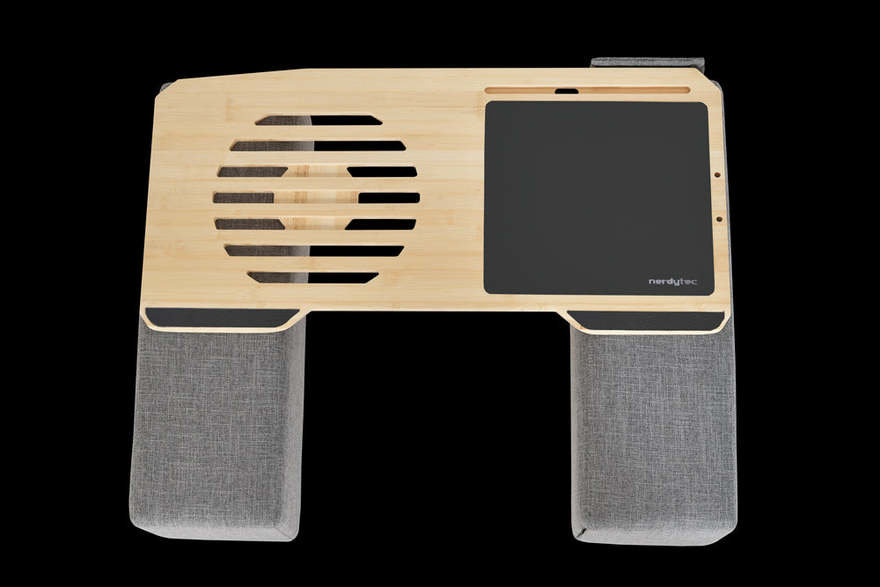 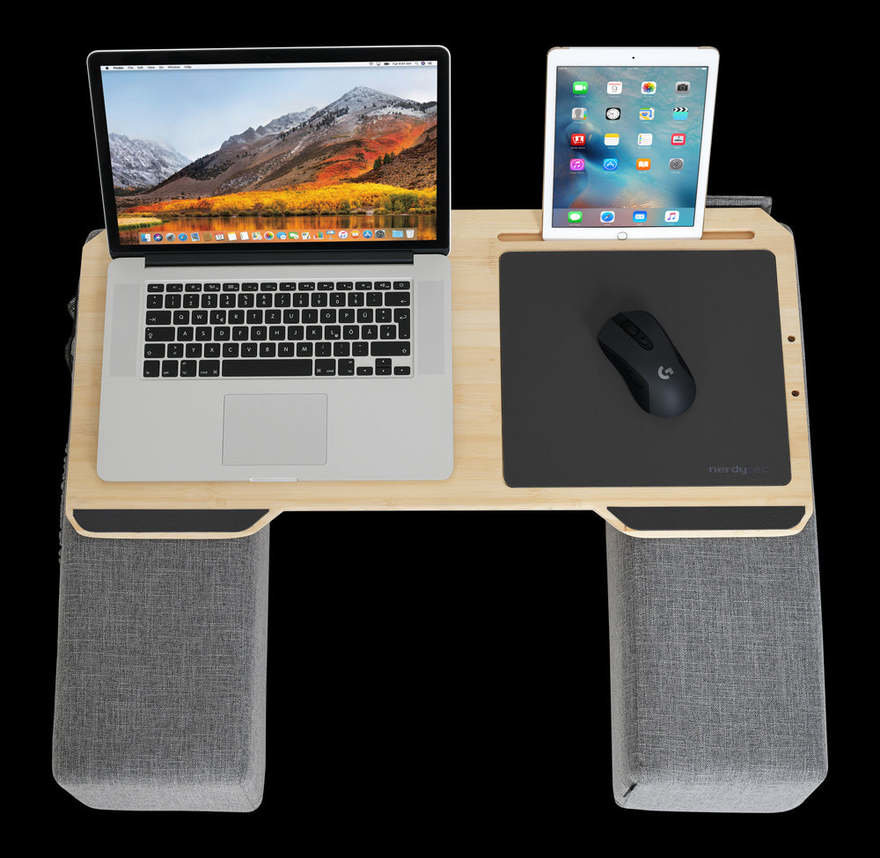 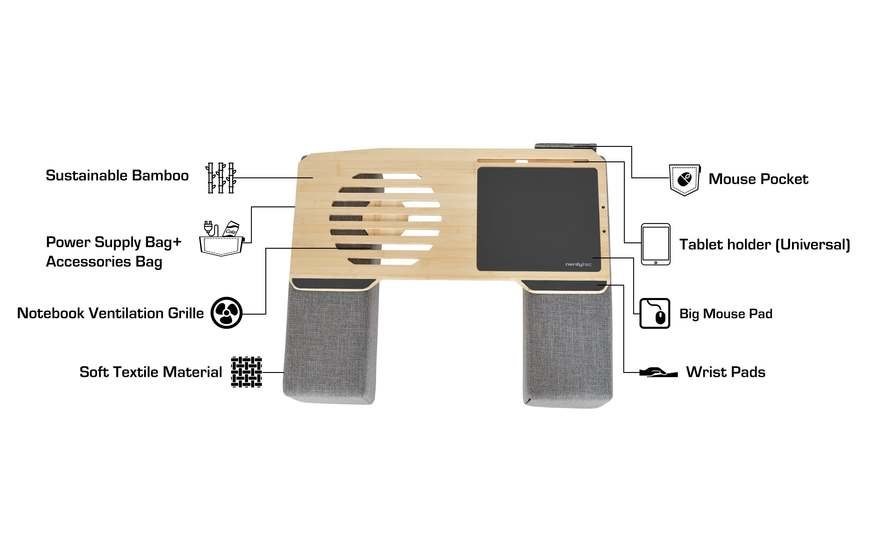 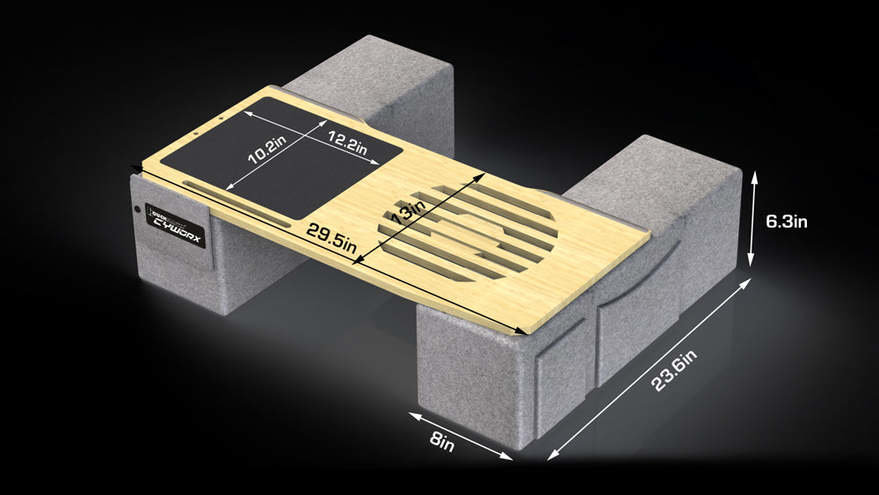 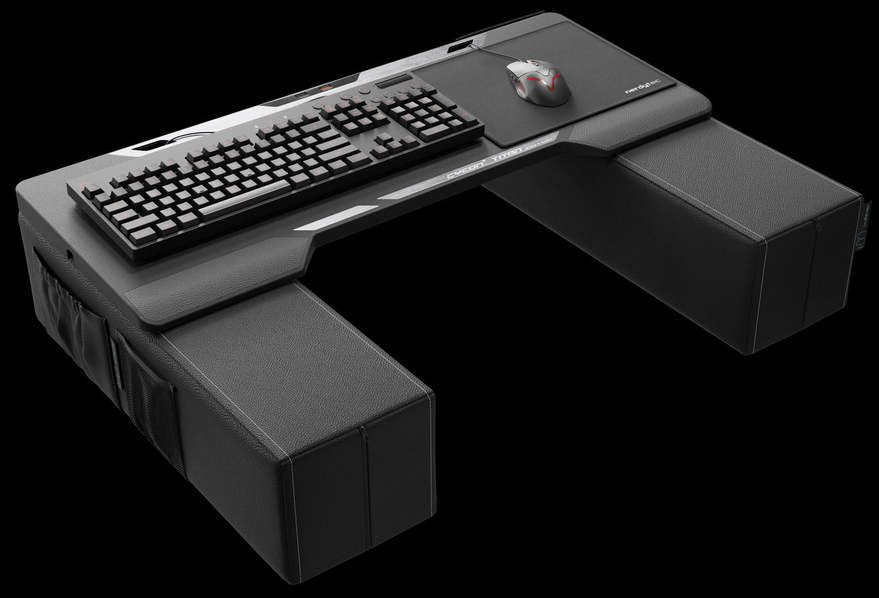 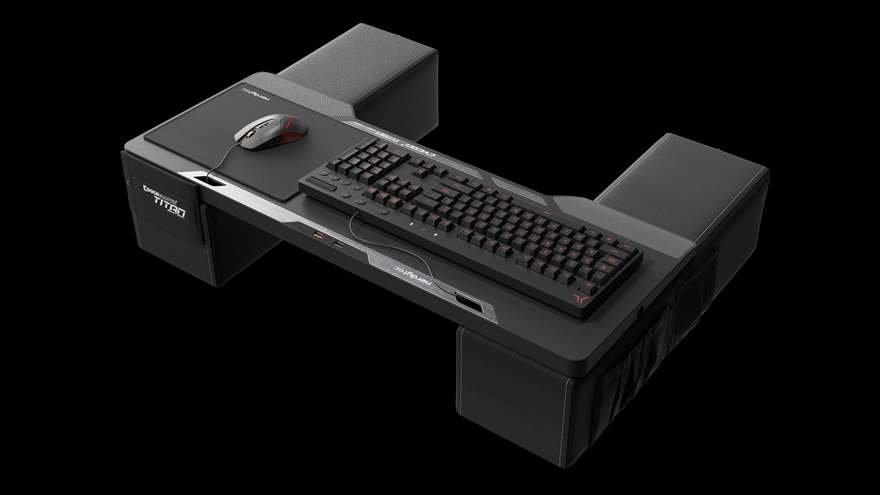 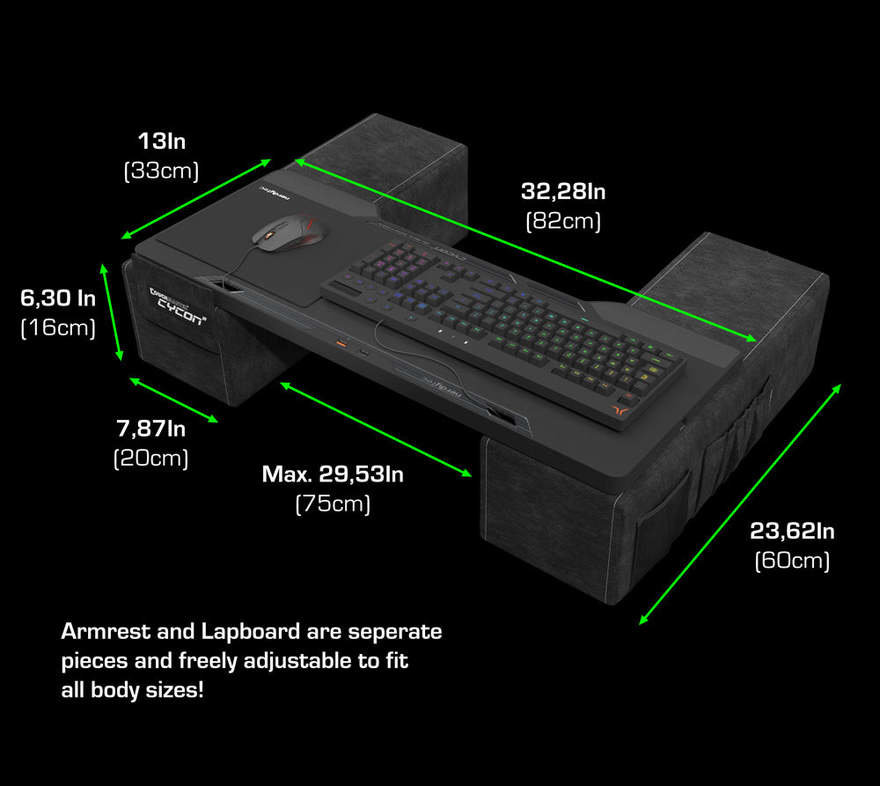 You can browse the company’s offerings here.