As a jaded and longtime design blogger, I rarely encounter a new-to-me product category that seems genuinely useful. But recently I found one such class of objects and, within them, an exemplary version that I’ll show down below by a fellow named Frazier Price.

The category of product I’m talking about are body-worn palettes for painters. These are functional, technology-free wearables for artists working on-the-go, or even whilst in transit. Internet forums for painters are awash in DIY examples, like this simple one fashioned from a piece of wood or Masonite: 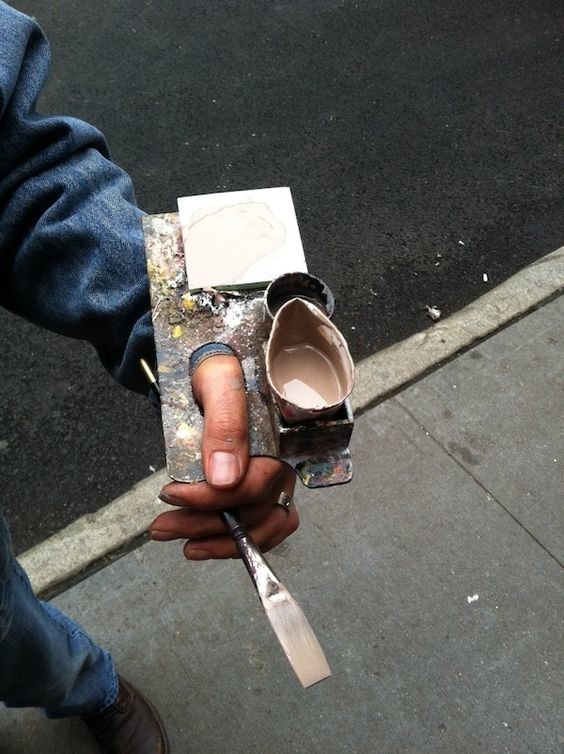 This design features a lid and a wristwatch-style band: 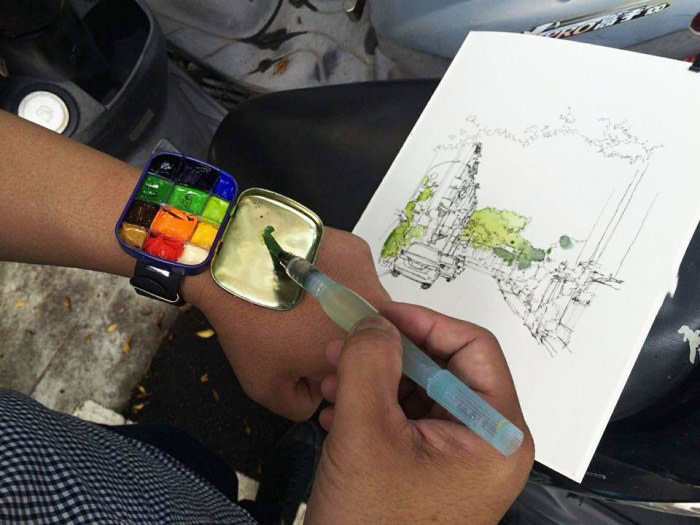 Pigments can even be stored in something as small as a ring:

While fabricating a ring is beyond the capability of your average tinkerer, the wristwatch form factor lends itself well to DIY. Dutch artist Koosje Koene is the co-founder of Sketchbook Skool, an online drawing/painting academy, and her handy father Frans Koene created this Watercolor Watch for her: 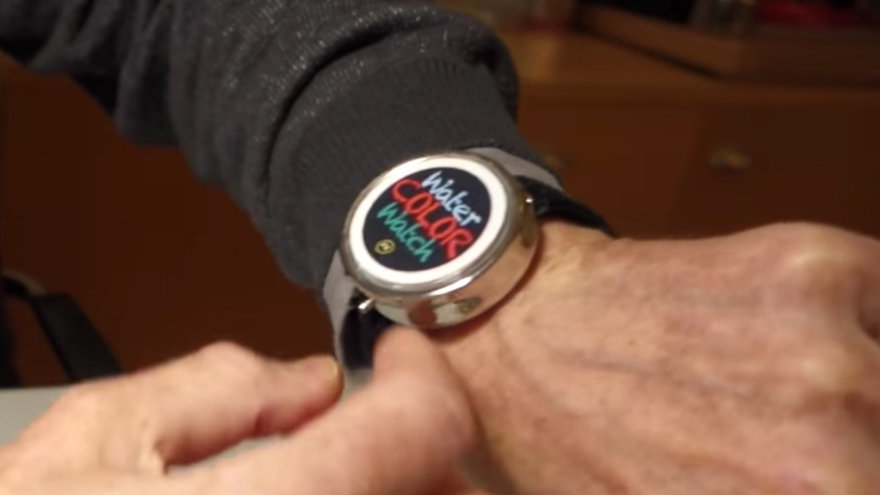 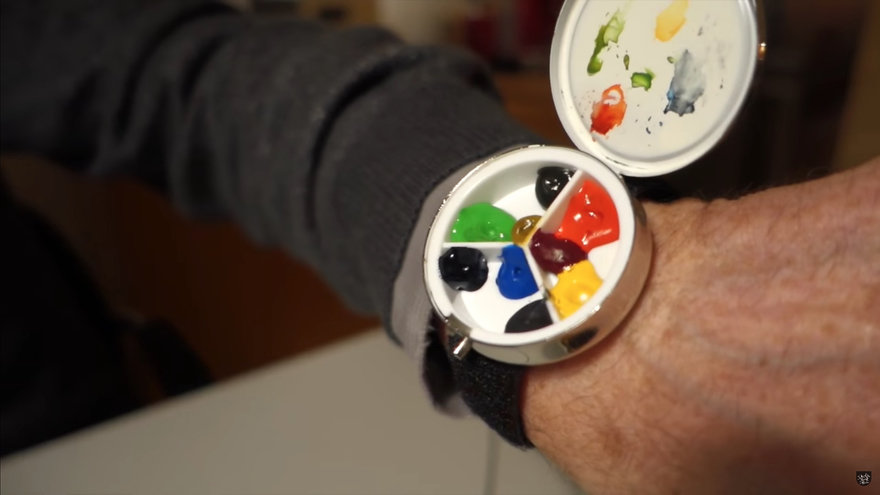 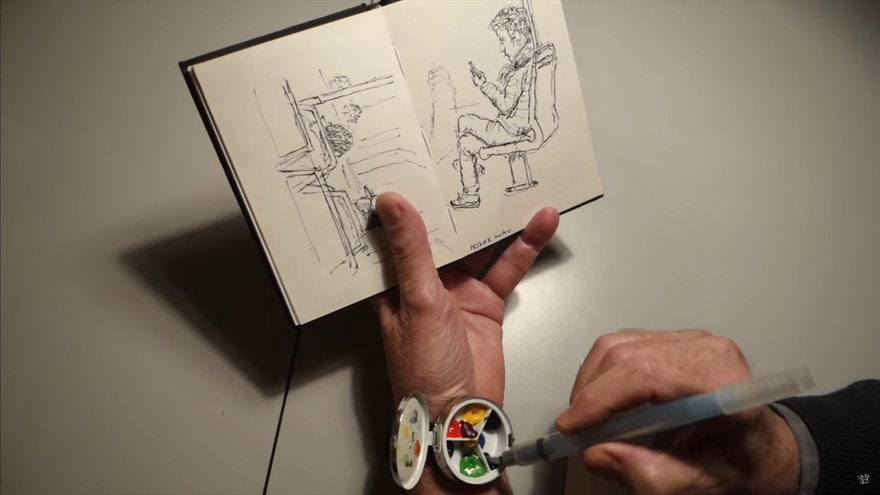 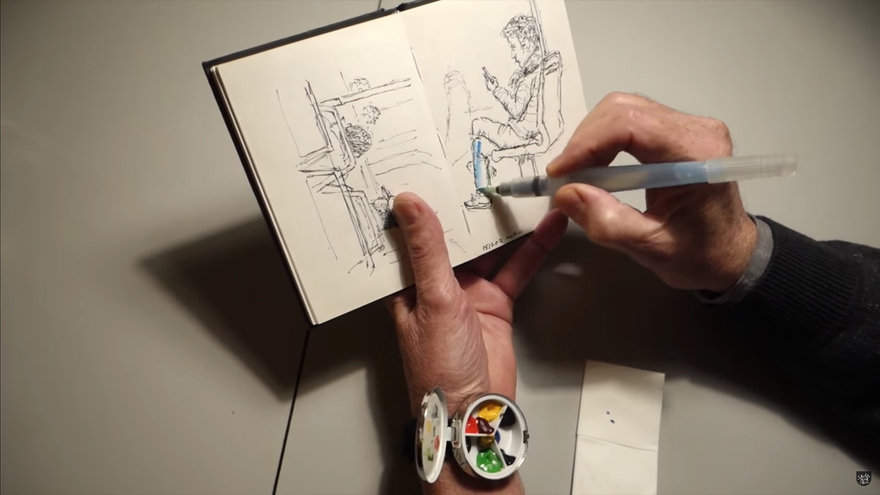 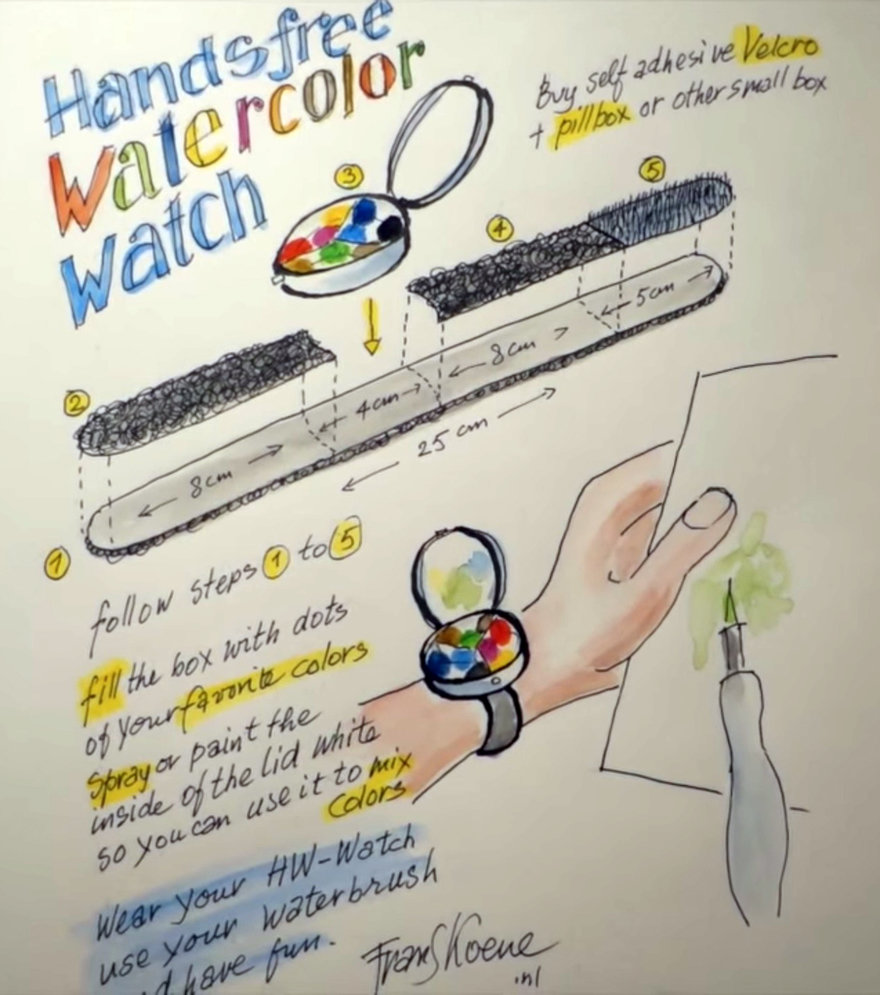 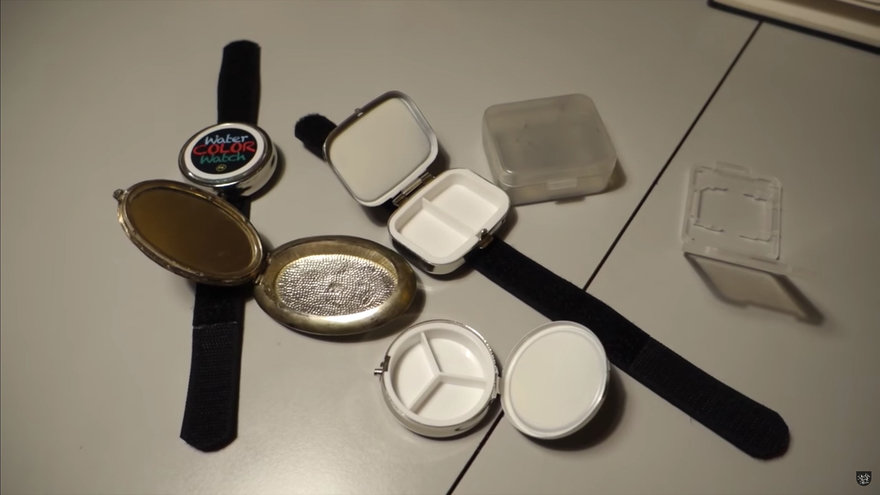 You can see a video of Frans demonstrating how he made it here.

For those who would like a similar object but don’t want to make it themselves, Adventurous Art Supply sells a couple of variants on Etsy for around $25: 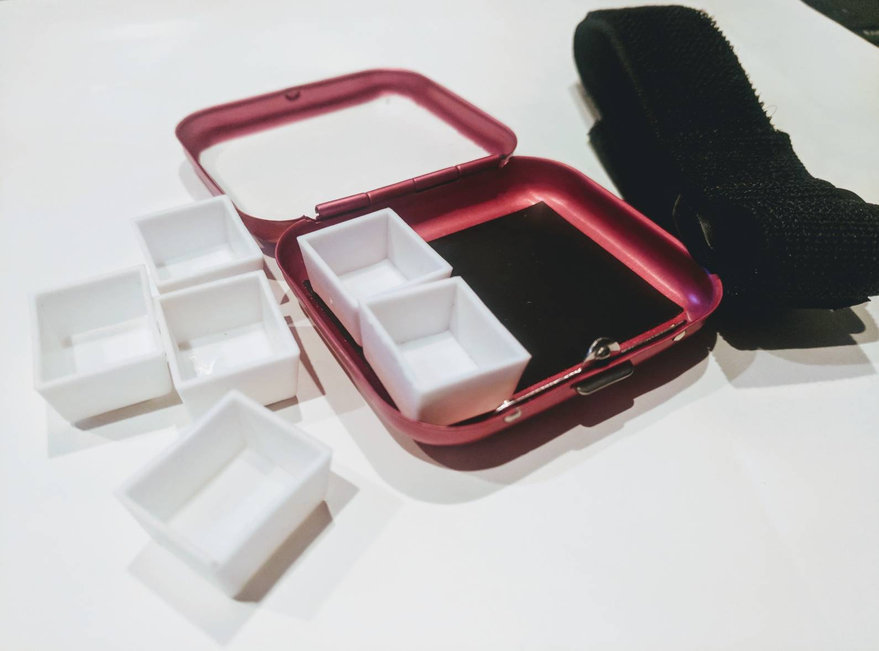 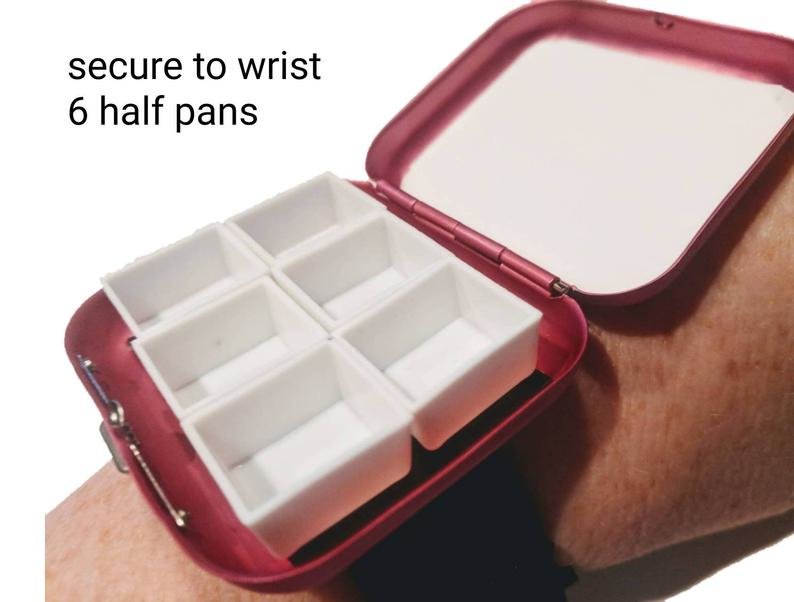 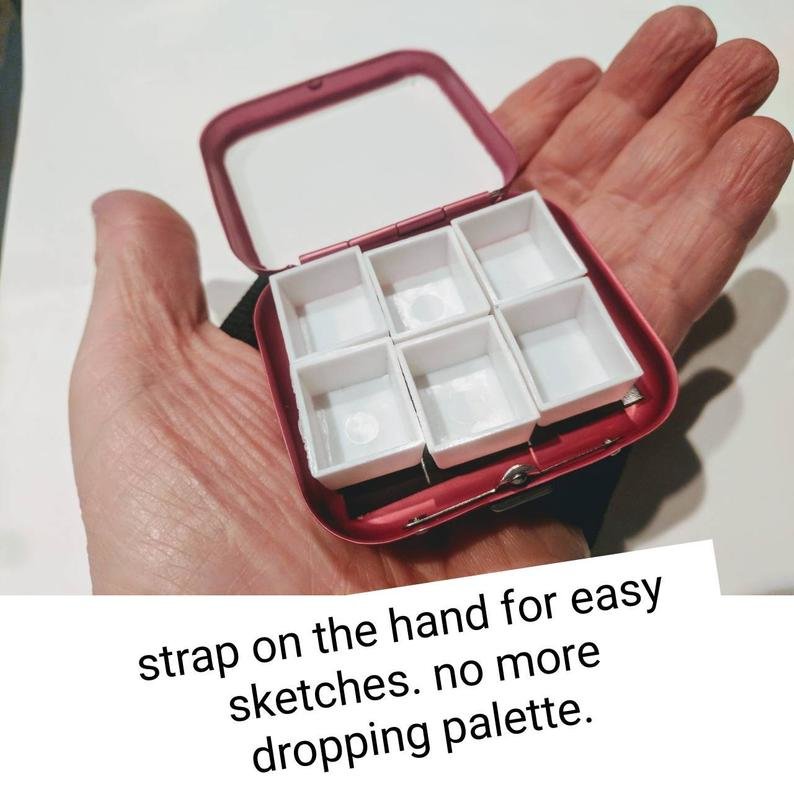 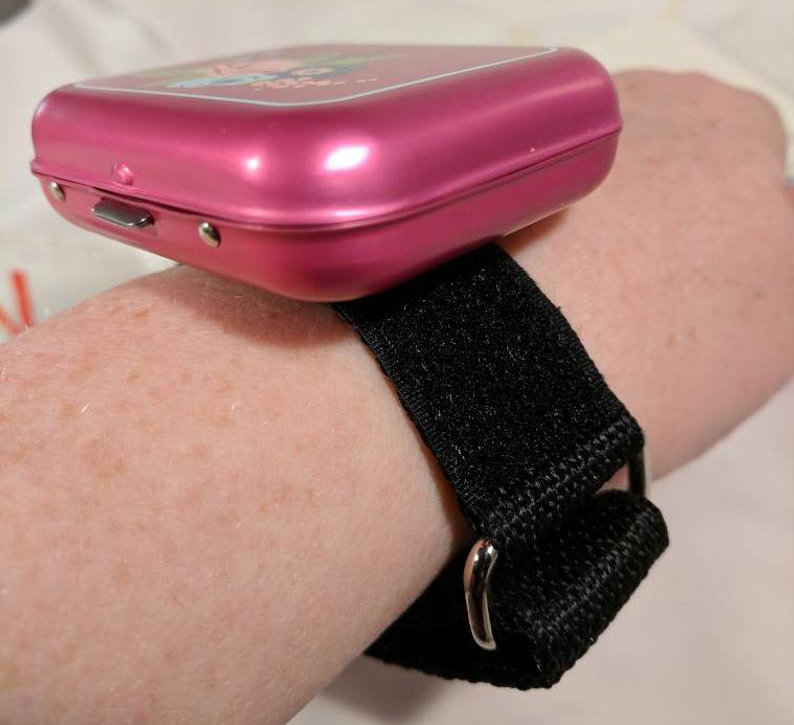 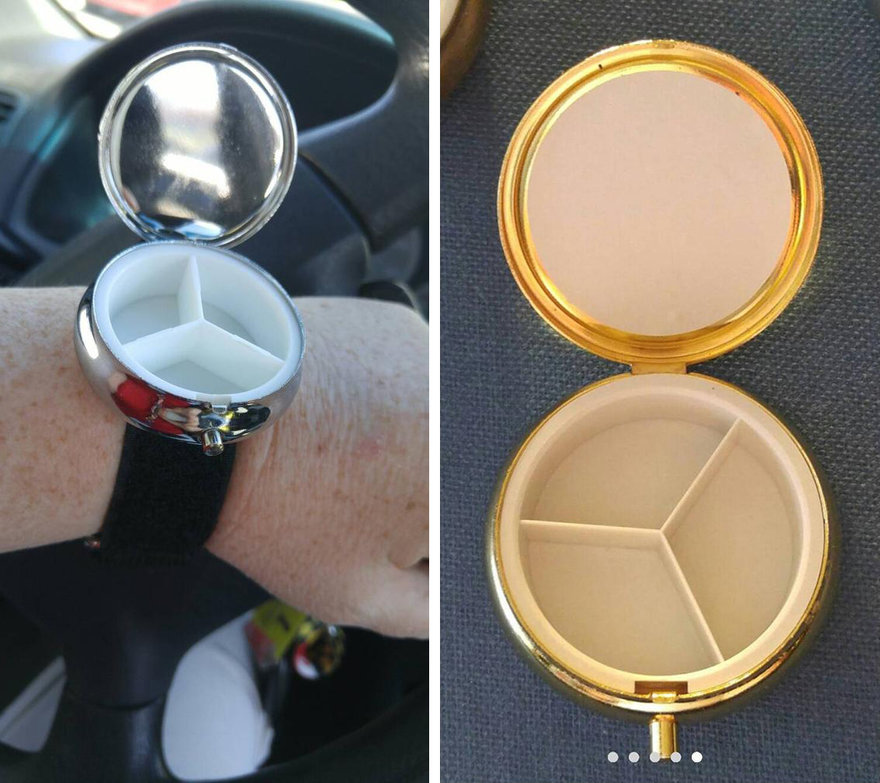 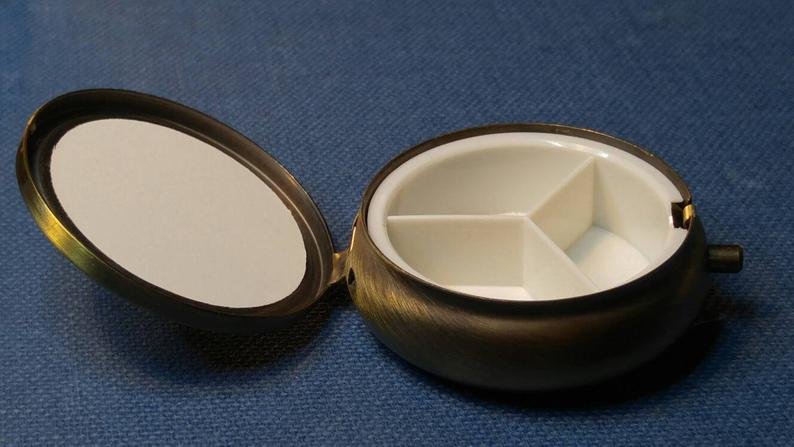 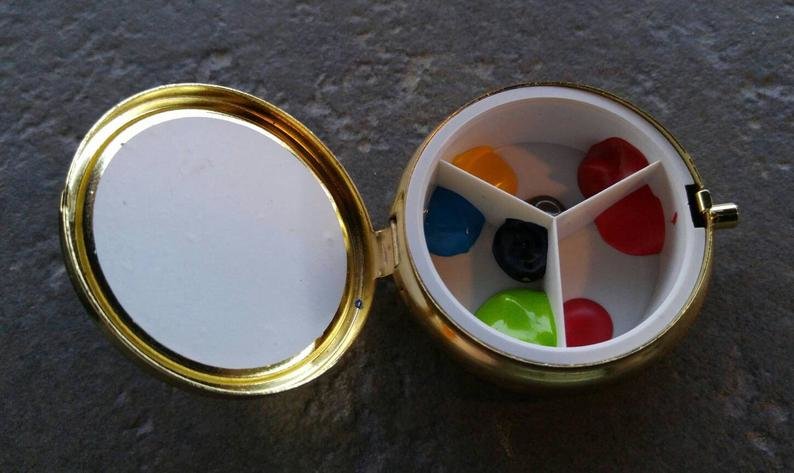 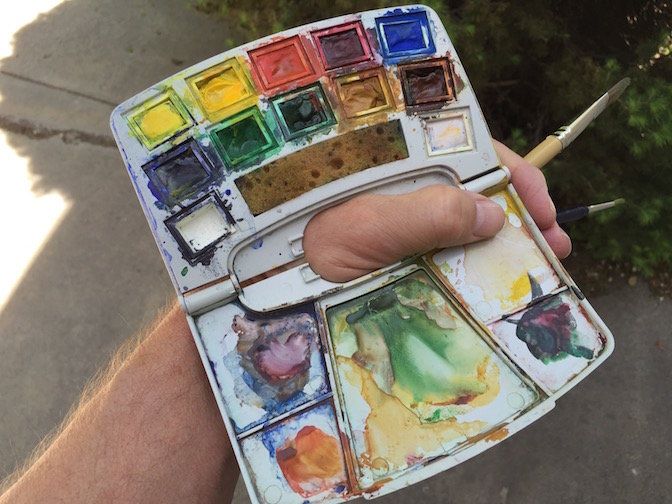 Image by Trikist on the Wet Canvas forum.

Going back further in time, we find this intriguing example below, which has a story behind it. Watercolor painter John Haywood recently stumbled across, and purchased, this brass box stamped “Frazier Price Palette Box” that unfolds into a functional palette complete with rinsing wells. 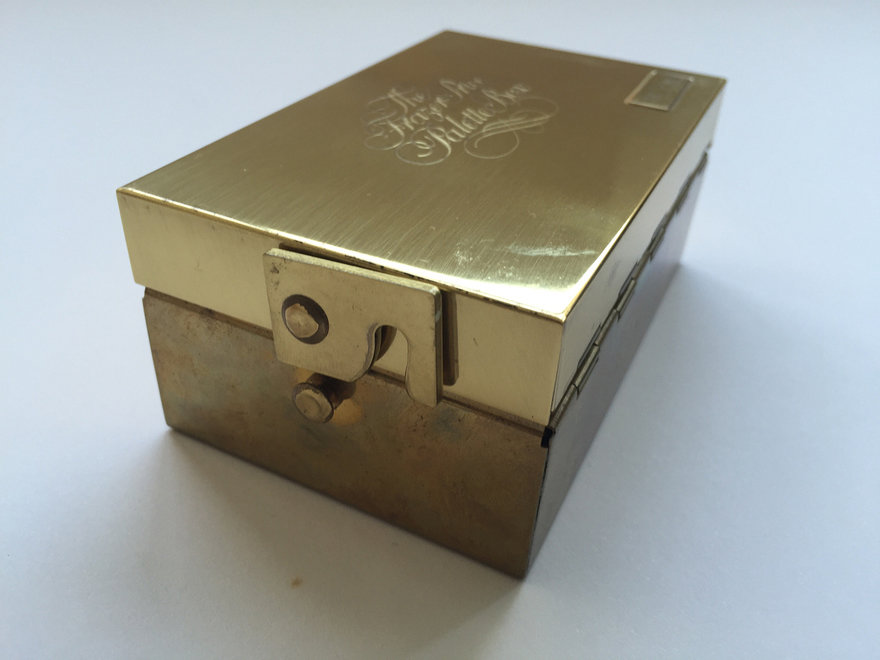 “I came across this sketchers’ palette quite accidentally and had never heard of the make before,” Haywood writes. “The fact that it was brass, boasted enameled mixing surfaces, and like nothing else I’d seen before certainly got my attention.”

Curious about the box’s provenance, Haywood poked around on the internet until he came across a forum–and found exactly what he was looking for, a post from Frazier Price himself explaining how and why he designed it.

I have recently read the group’s comments on palette boxes and mention was made of the Frazer Price Palette Box – probably time that I enter the forum as I am Frazer Price. I designed and had the box manufactured, in Shropshire, and first came on sale in 1985 and continued to be marketed until the early ’90s. 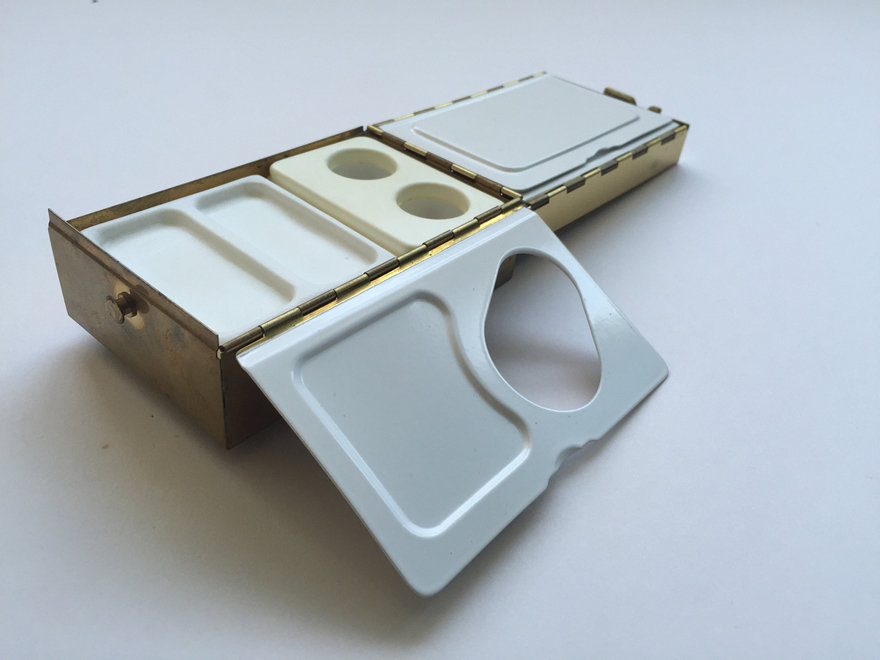 The box came into being because of my frustration with what was available for the travelling watercolourist. I was a publisher and whilst I was travelling extensively for Newsweek I would find time to sketch in one country before spending endless hours on my way to the next port of call and decided my time could be usefully spent by painting on the plane. 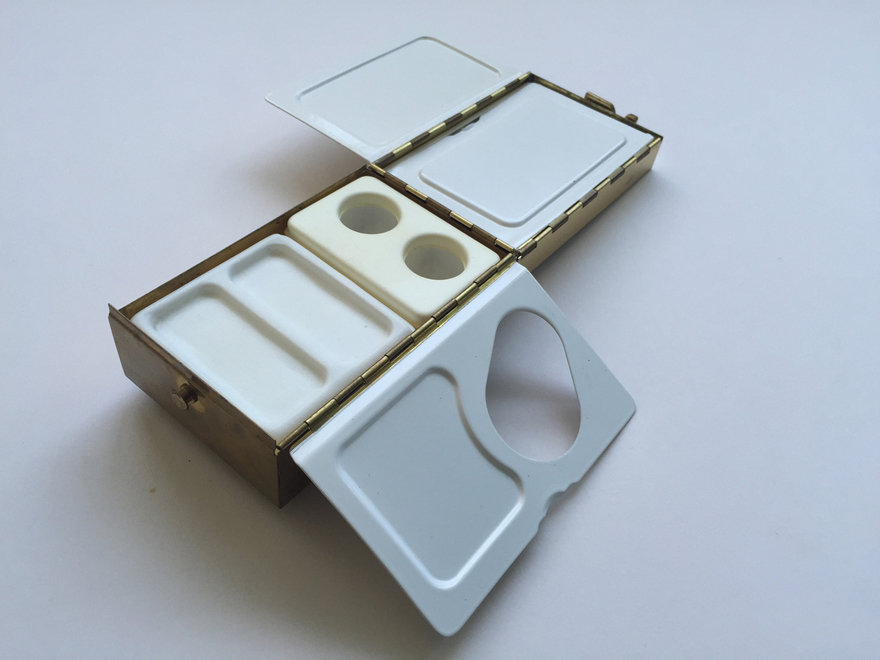 I had a Gabbi box which was Ok but with only a curtain ring as a holding device it was uncomfortable. Therefore, over time, I designed a lacquered brass bijou type box just over 4? long, under 3? wide and 2? deep. 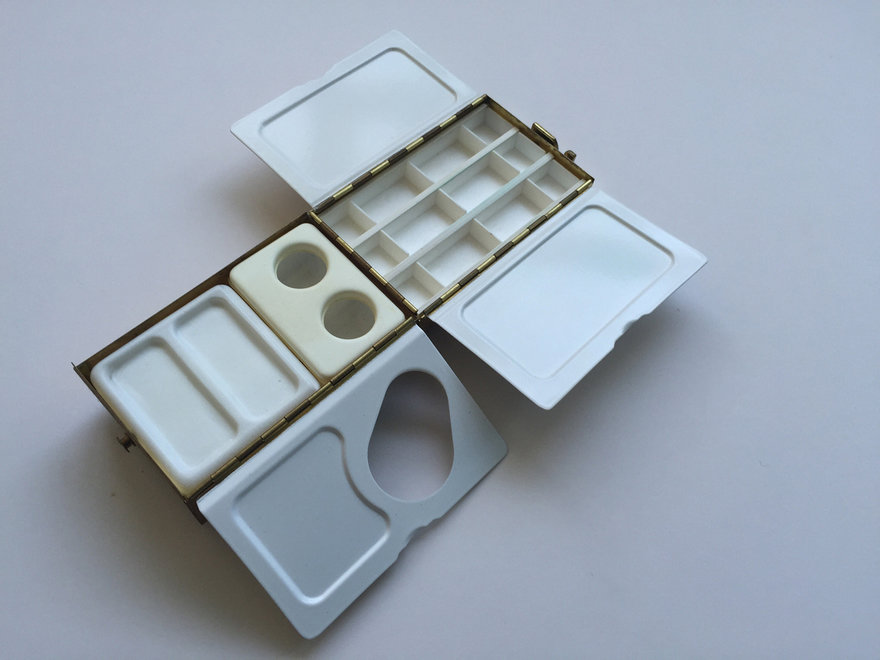 The inside pieces were made from washable plastic with room for 18 half pans or with slides for paint from tubes, a water bottle and a divided reservoir for clean and dirty water. Two fold out enamel mixing trays one with a thumb hole enabling the box to be held comfortably as as a palette. 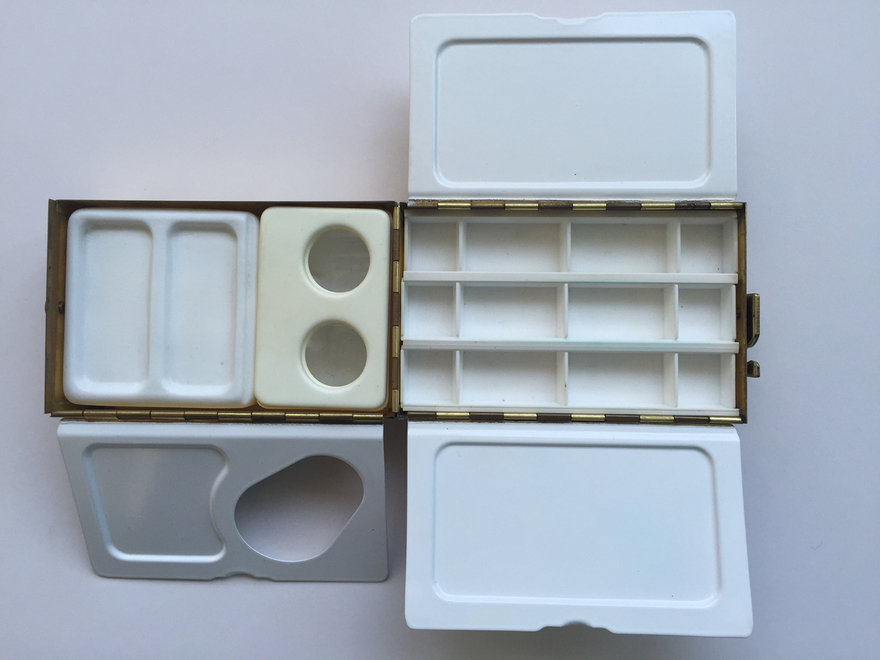 It was launched in the Leisure Painter in 1985 and the advertisements had an endorsement by Rowland Hilder-the only time the great man endorsed anything- the selling price was £28.95 and with a couple of price increases it was marketed until ’93/4 selling over 5000 boxes worldwide. It was also branded and marketed by Talens and Daniel Smith in the States. 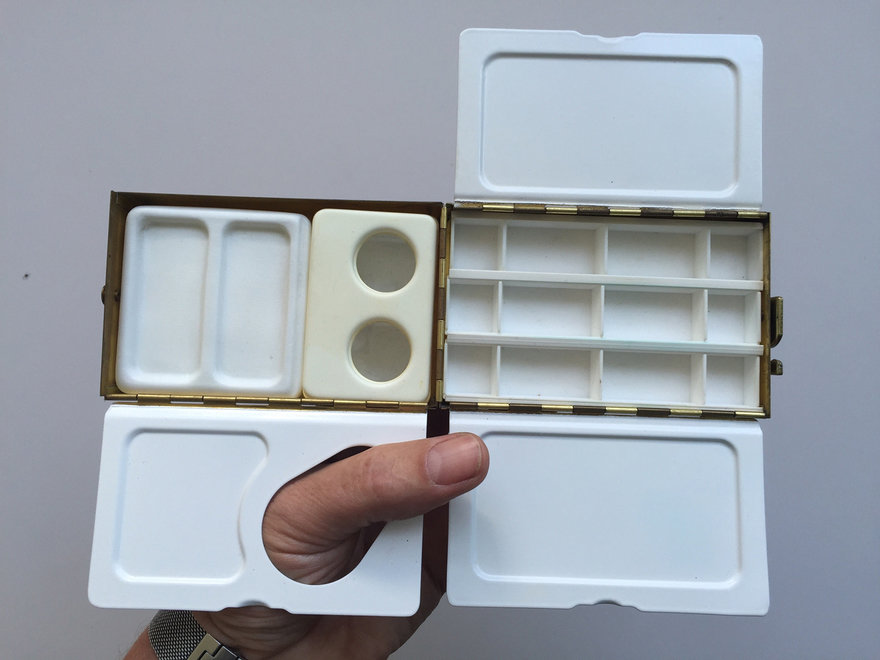 A point of interest when the box was first produced- the prototype costing £1,400.- I offered it to Windsor and Newton who initially showed great interest but then pulled out as they considered the box too ‘glamorous’ but asked if I would mind if they produced a plastic box based loosely on the FP box. I had no desire to go into mass production – hence the Cotman box* arrived on the scene. 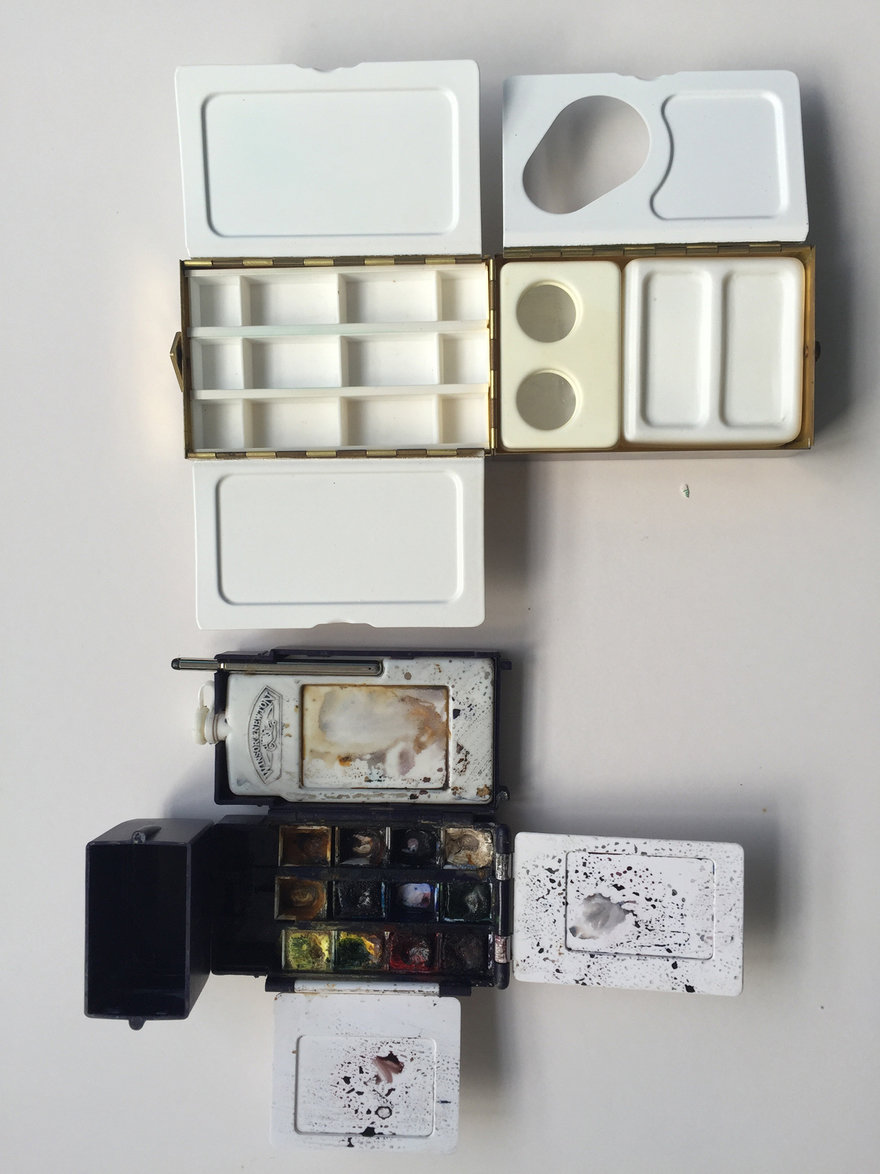 …All that’s left now are a dozen boxes for the grandchildren and posterity. All my painting comes from the Frazer Price Palette Box and if you have the time click onto http://www.frazerprice.shutterfly.com and you’ll see it at work! 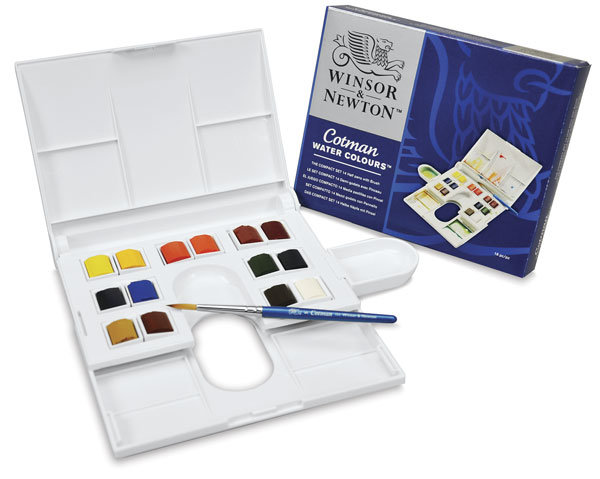 On his blog, Haywood mentioned a modern-day producer of portable brass-clad palettes, House of Hoffman. I looked them up and their products, designed and manufactured by a gent named L. Henry Fanelli, are pretty nifty. 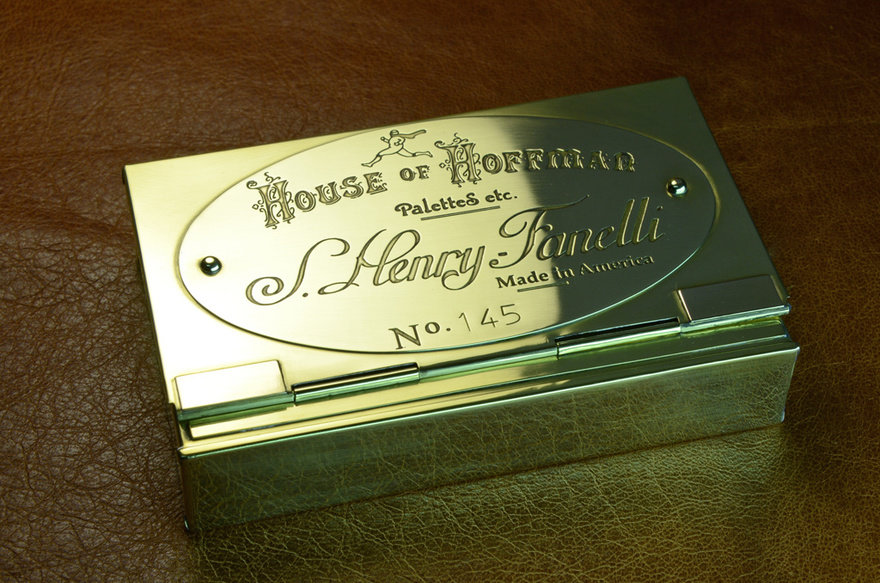 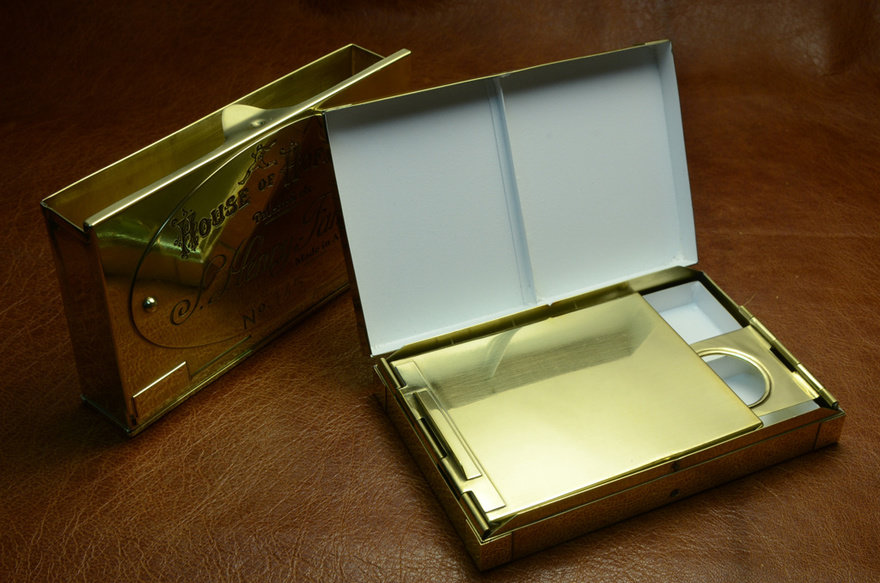 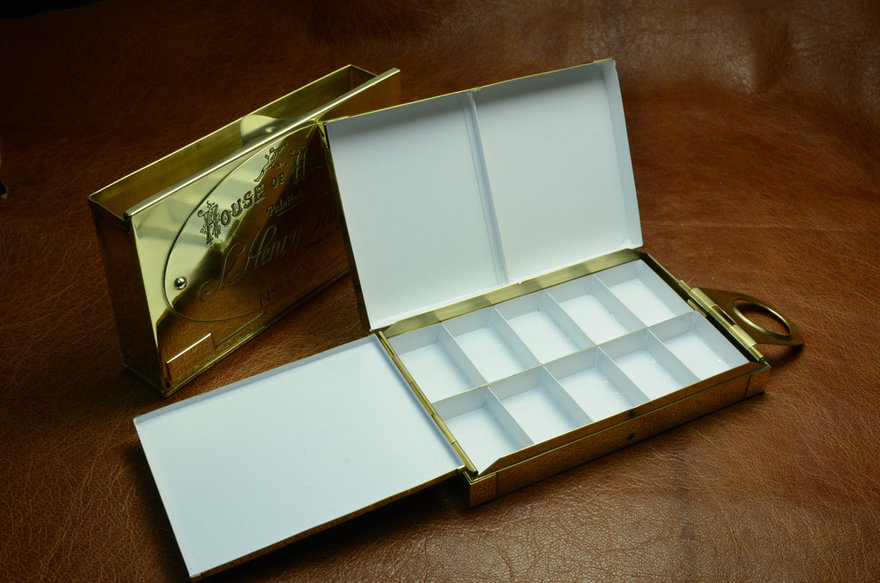 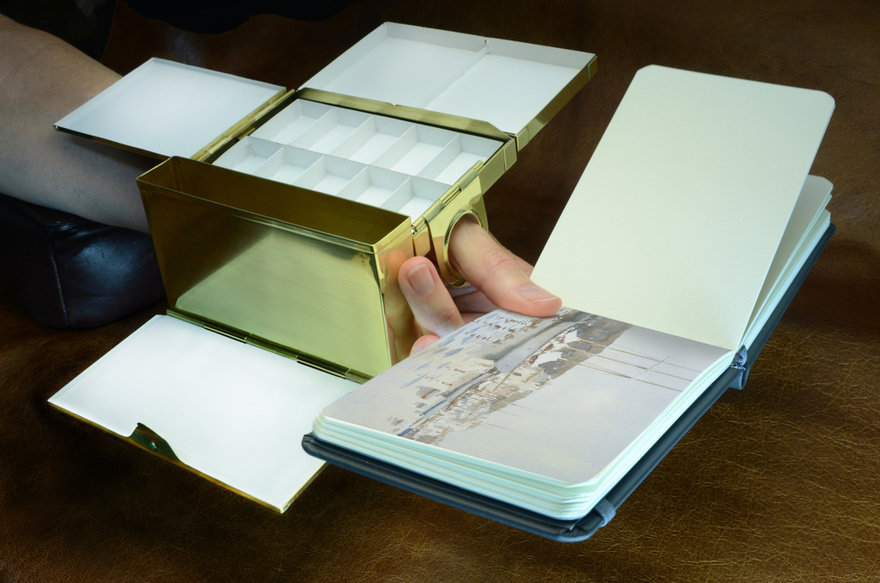 Their prices are also quite dear–the Sketcher I shown above rings in at $1,225.

Lastly, when I was looking at this detail photo of Fanelli’s fold-down, patent-pending “Thumb Hanger” for holding the box… 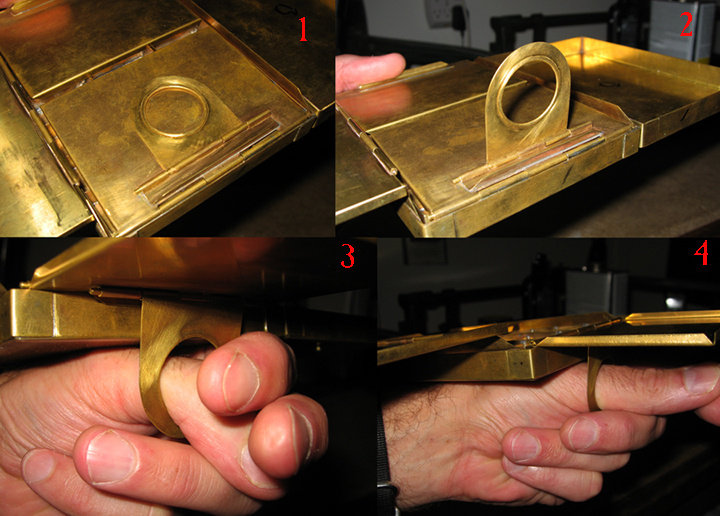 …it occurred to me that a body-worn palette would really be an ideal first-year industrial design school project. Here’s why I say that:

– The object has clear utility for the end user, and very specific practical requirements

– It requires some human factors work for the interface (i.e. how do you securely hold it?)

– The extant examples of this object span from $15 plastic Wal-Mart objects up to $1,000-plus luxury items, giving the students a wide range in how they want to execute

– At most design schools, there are nearby Painting majors who could be interviewed and used for testing different designs, providing important feedback

I’d love to see the range of designs that an entire class of ID students would come up with. If you’re an ID professor who can pull this off, please do let us know!