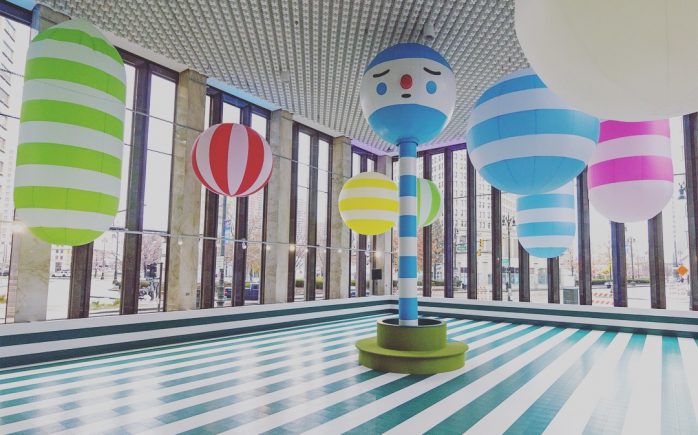 Coming right on the heels of their turn at the Macy’s Thanksgiving Parade (covered), as well as two current & concurrent shows at The Hole & Arsham/Fieg Gallery, FriendsWithYou have just announced the opening of their Rainbow City Roller Rink in Detroit. The immersive installation opening tomorrow (November 30th) from the busy duo is the 5th iteration of Rainbow City following its initial exhibit in Toronto 2010, Miami 2010, New York 2011, Thailand 2015, and now Detroit 2018. Presented by Library Street Collective, the rink (set inside 1001 Woodward Avenue and overlooking Campus Martius Park) features Sam & Tury’s signature inflatables and aims to further their goal of “spreading the positive message of Magic, Luck, and Friendship.” Hours and other details here.