On my recent trip to L.A. I crashed with a friend in the Hollywood Hills. It is an incredibly unlikely place to site so many houses. It makes San Francisco look flat. 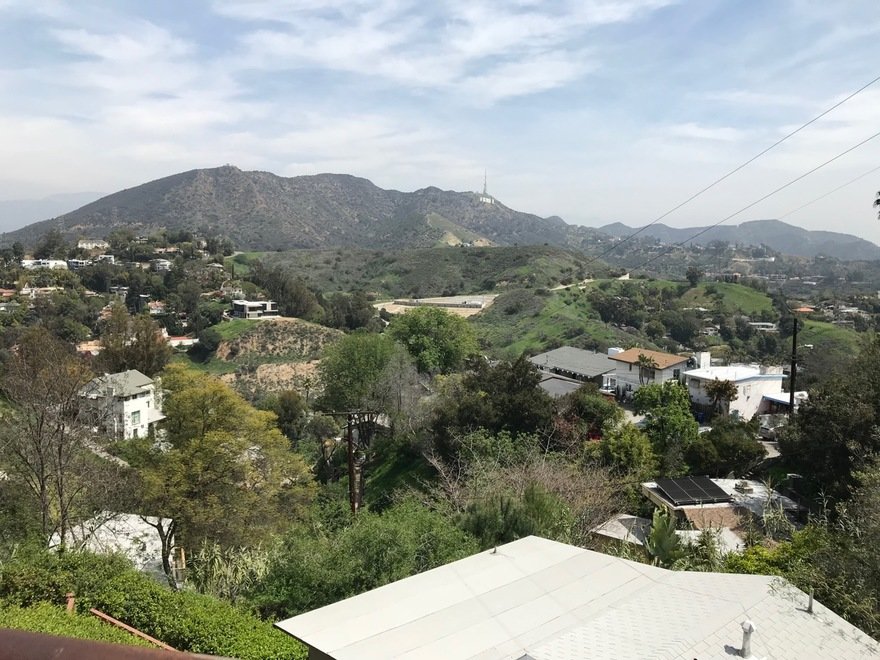 I asked my friend what the story was with this place. She explained that this used to be a big mound of dirt. The owner in the green house above had it excavated, intending to put in landscaping. But as the workers dug they discovered this precarious-looking assemblage of timbers that had apparently been buried for decades. 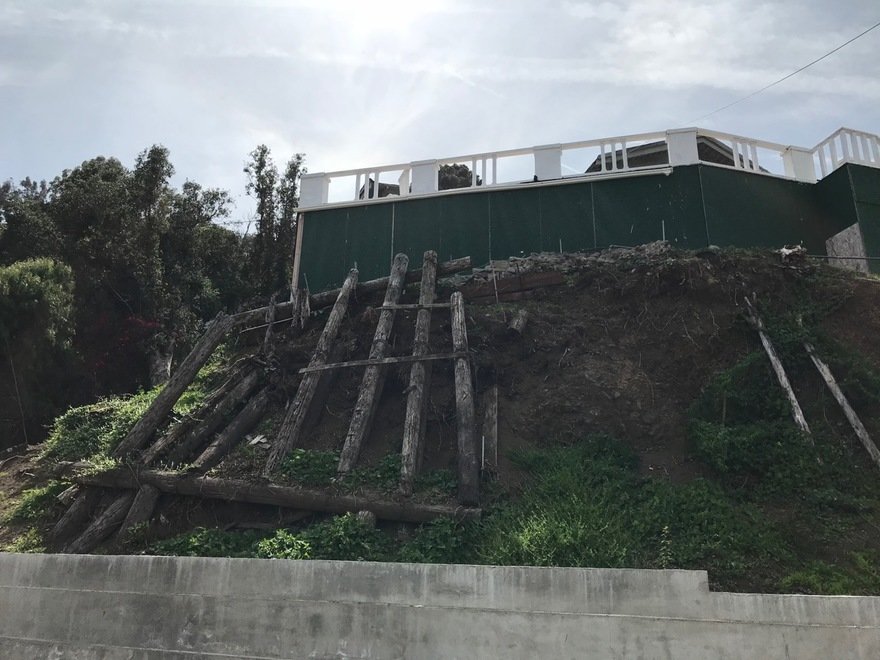 I’ve lightened the photo below so you can see what’s going on here. The stubby vertical supports, which rest on the retaining wall, have been notched (circled in red) in the manner of a log cabin to accept the horizontal crosspiece. The longer vertical timbers above it are resting on this crosspiece. This was obviously designed to hold the earth in place, so now structural engineers have to be called in to figure out what is and isn’t safe to remove. 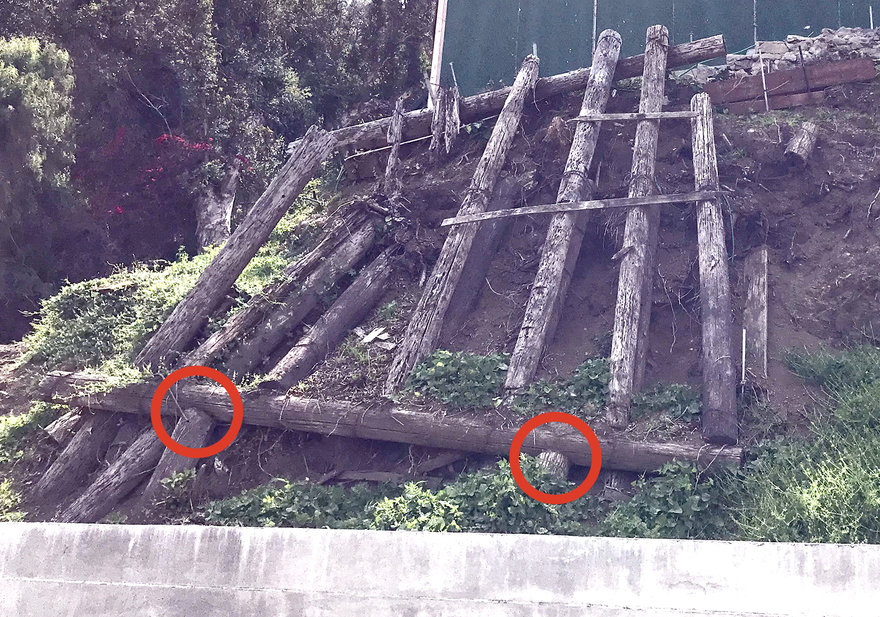 Work has thus been halted on the Green House renovation, but this thing below remains in place, probably because it’s too much trouble to dismantle. The workers who had been renovating the home had rigged up this contraption to haul building materials and workers up to the site. I’m guessing it works by means of a cable laid in the track. 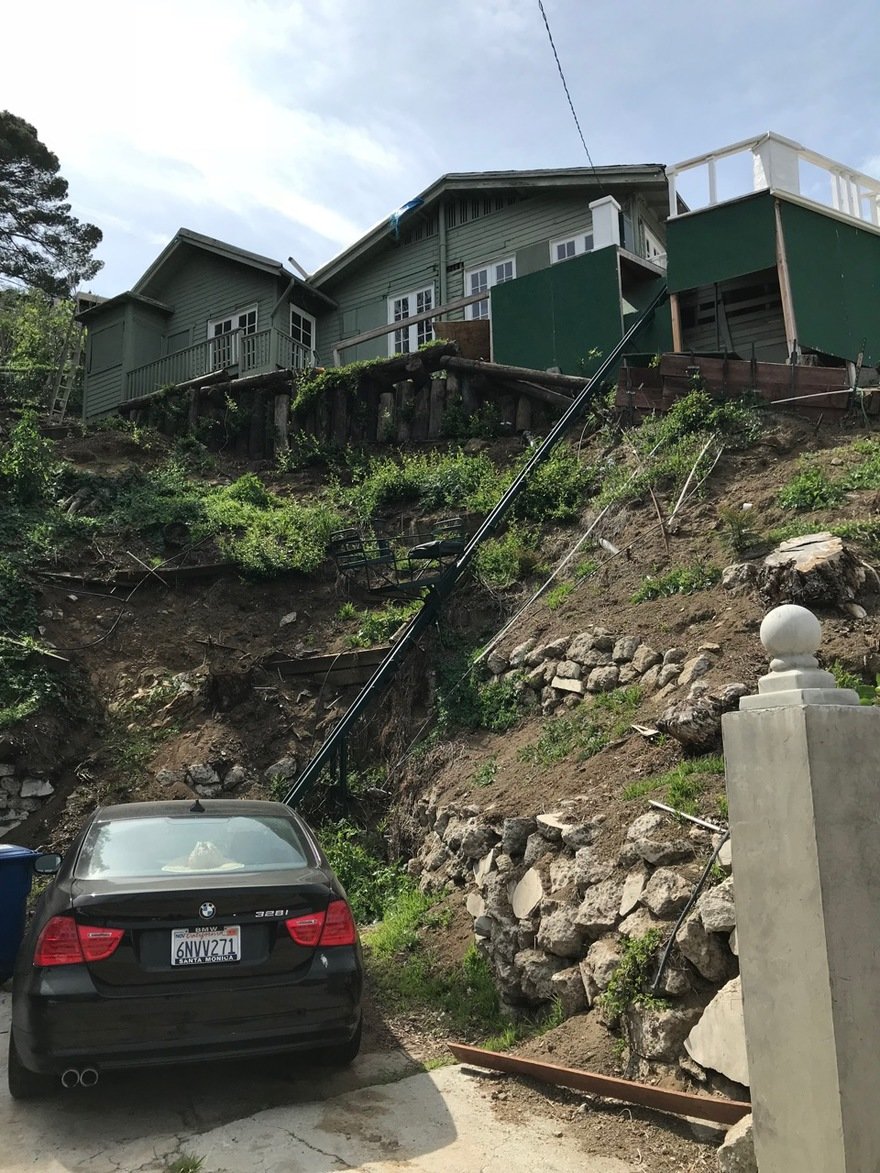 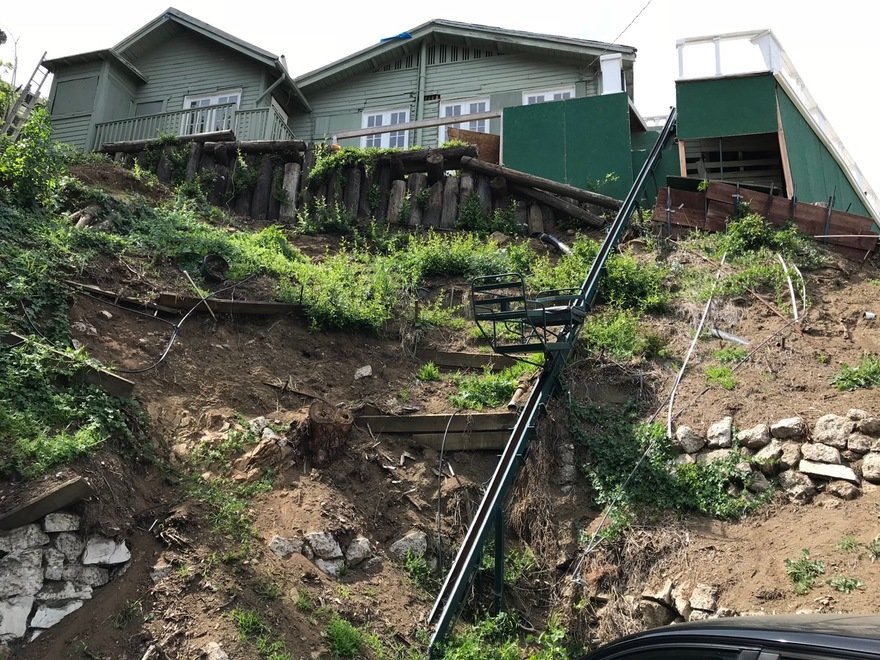 All of the roads in this neighborhood run along the side of the hills, so on one side of each street are the “high” houses, on the other side the “low” houses. (Those are my terms, not the official neighborhood parlance.) I’ve observed that the houses on the “low” side of the street are often small and humble, like this: 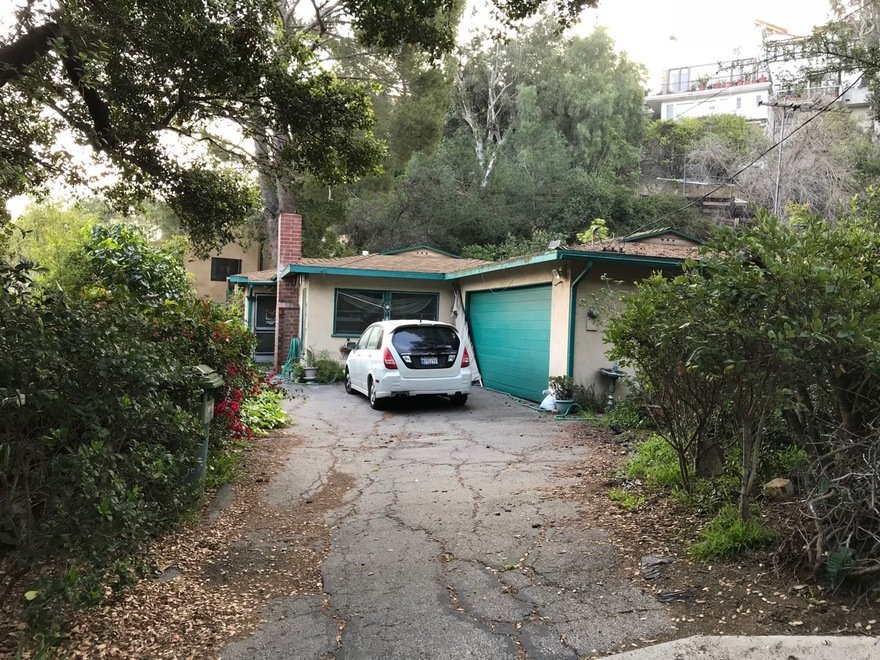 Houses on the “low” side also have very few windows facing the street. I’m told many of the residents are mid-level stars, and the architecture suggests privacy is prized. 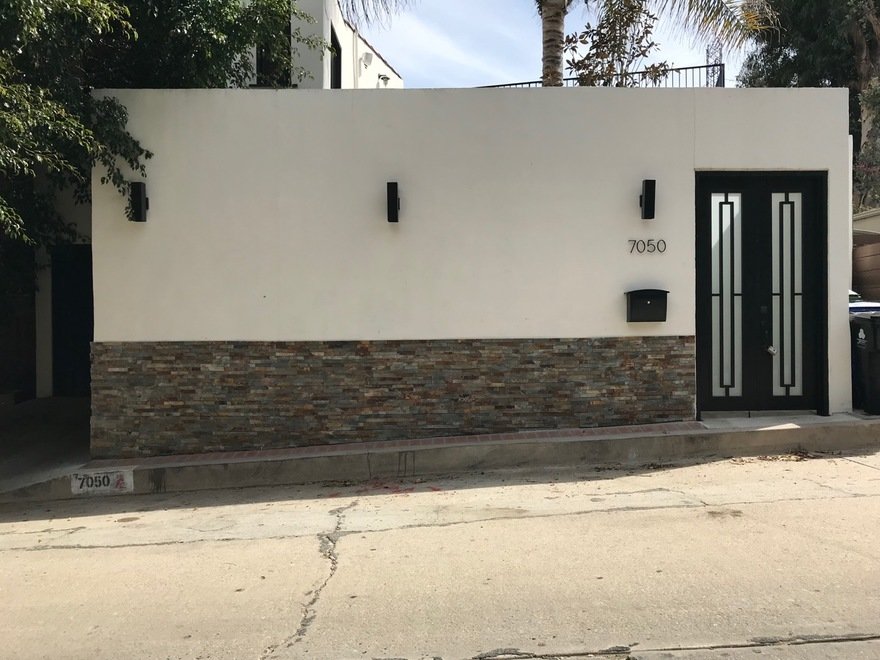 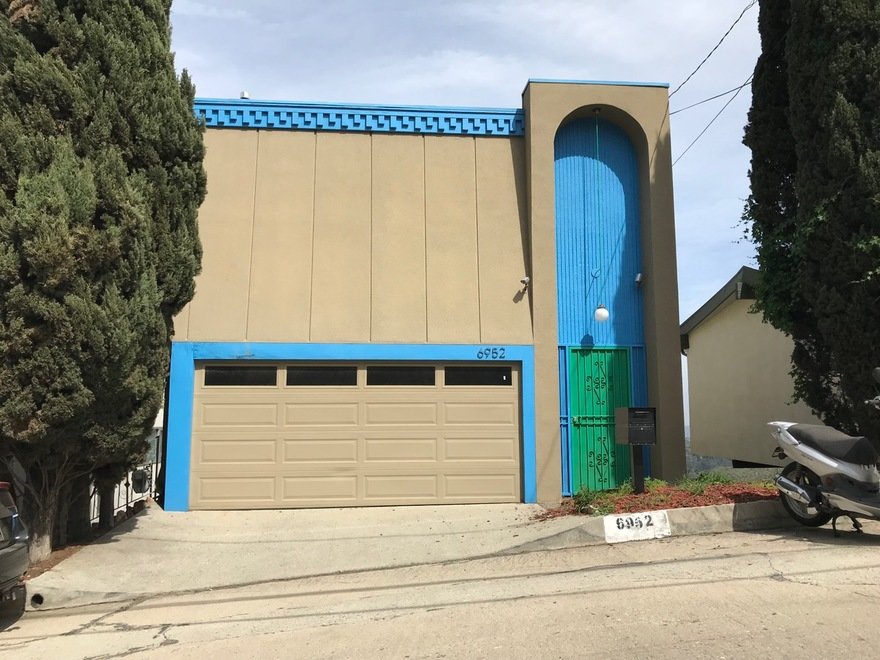 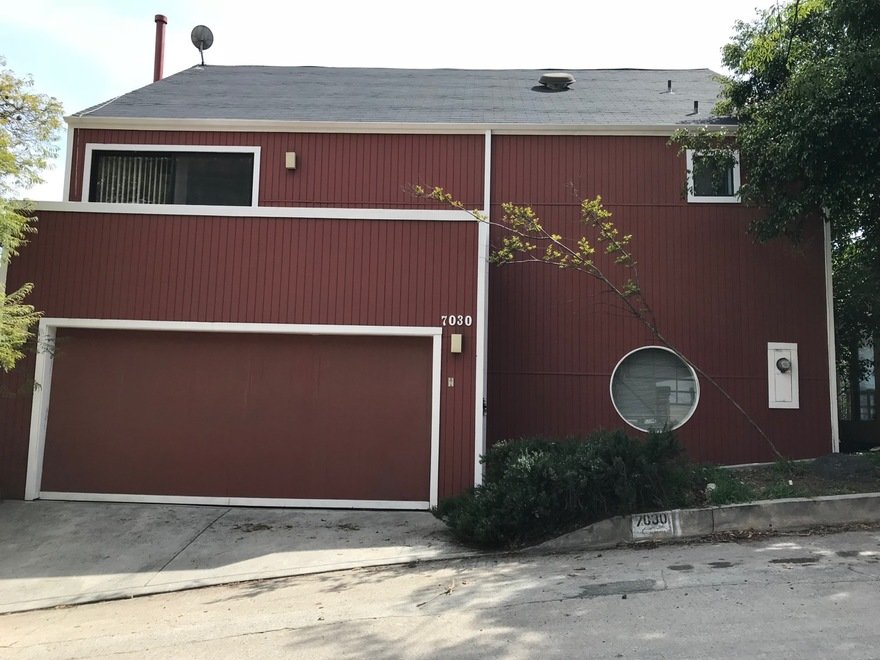 In contrast the houses on the “high” side are often taller and grander, and have more windows, presumably to take in the prospect. 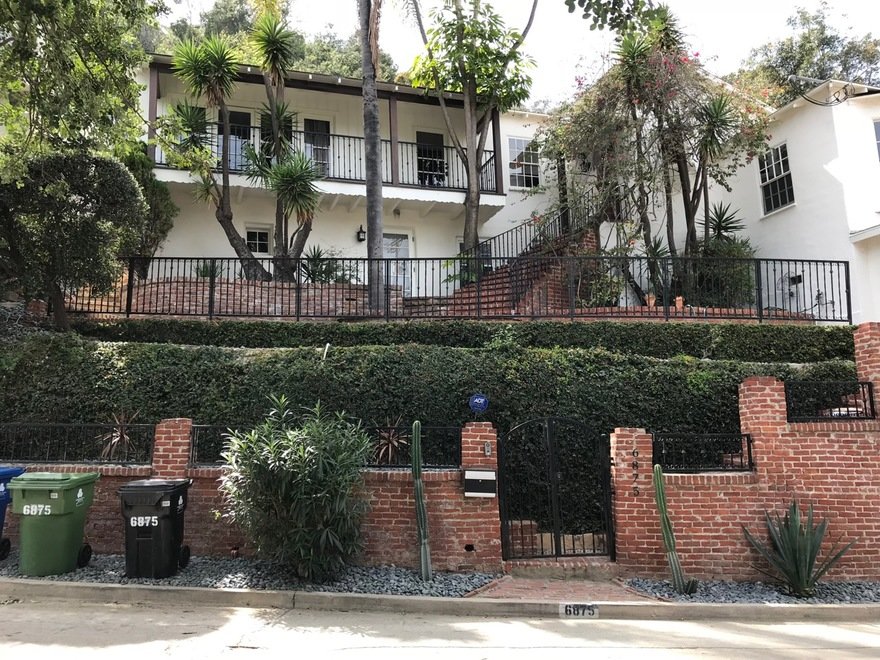 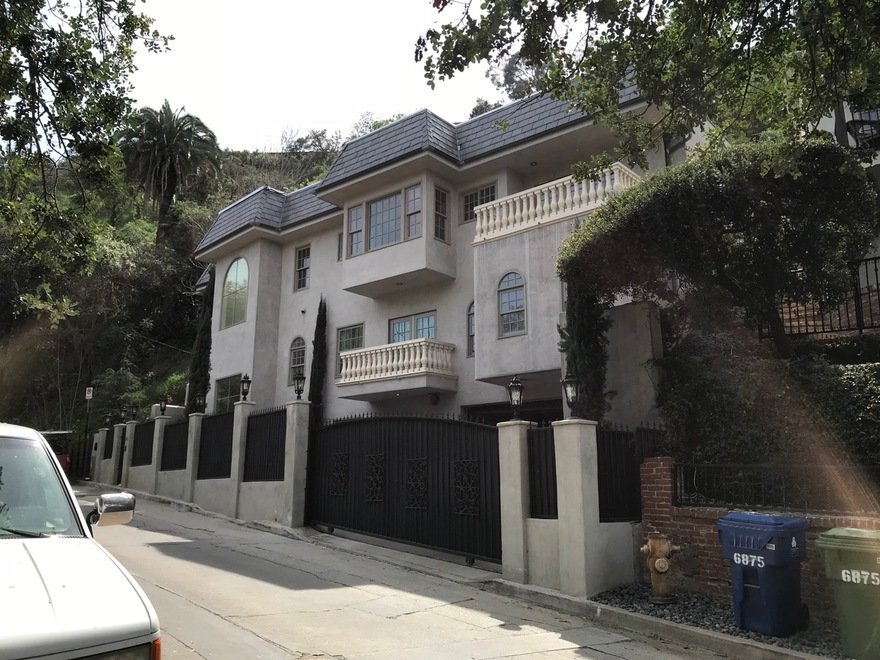 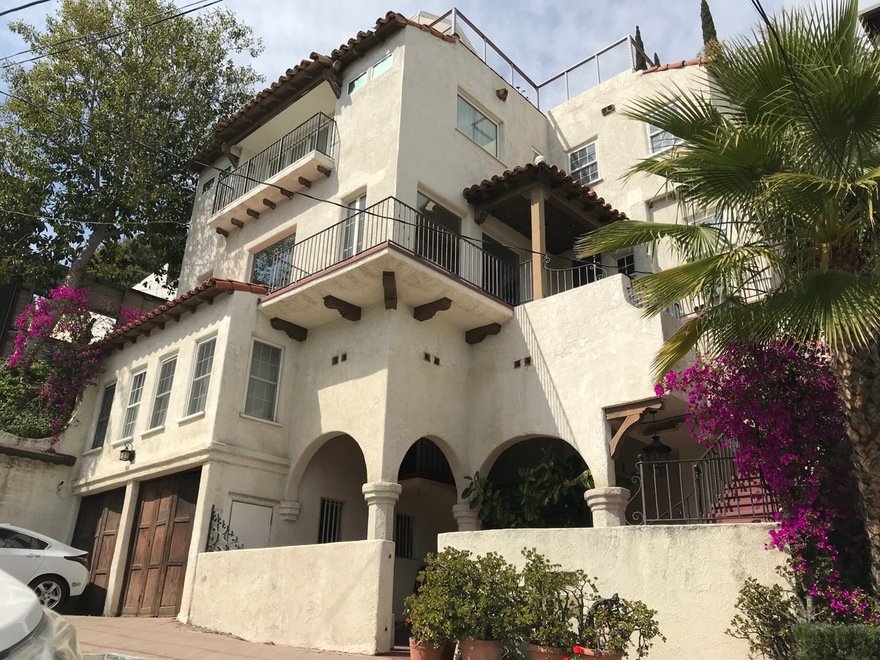 There is no consistency of architecture, however. Some of the houses on the “high” side are hideous, like this: 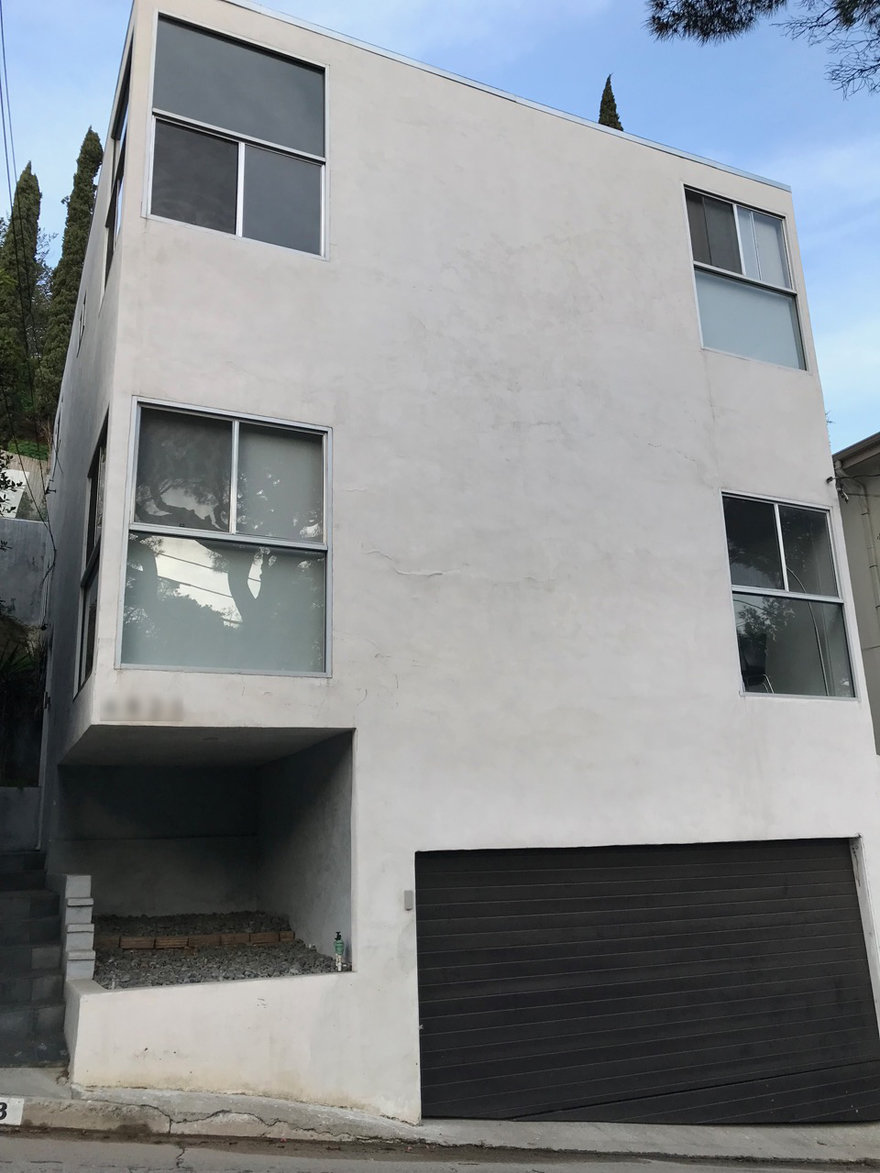 I absolutely hate this cut-out they’ve placed to the side of the stairs. I suppose it’s meant to hold landscaping but it just looks terrible to me. 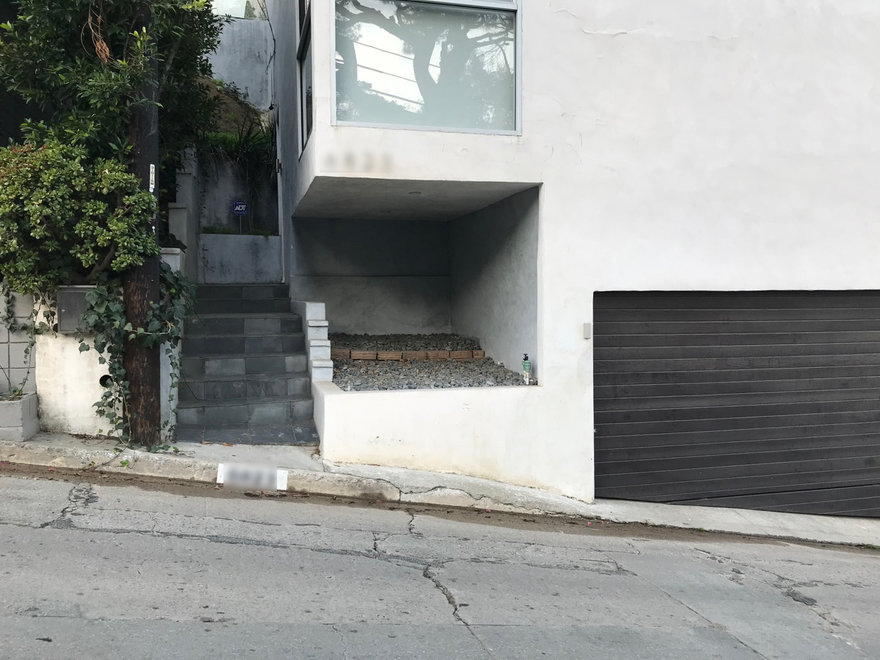 Around the corner is this riotously colorful house. It reminds me of how automakers paint prototypes in crazy patterns before allowing them onto test tracks, so that spy photographers cannot really deduce the shape of the car. 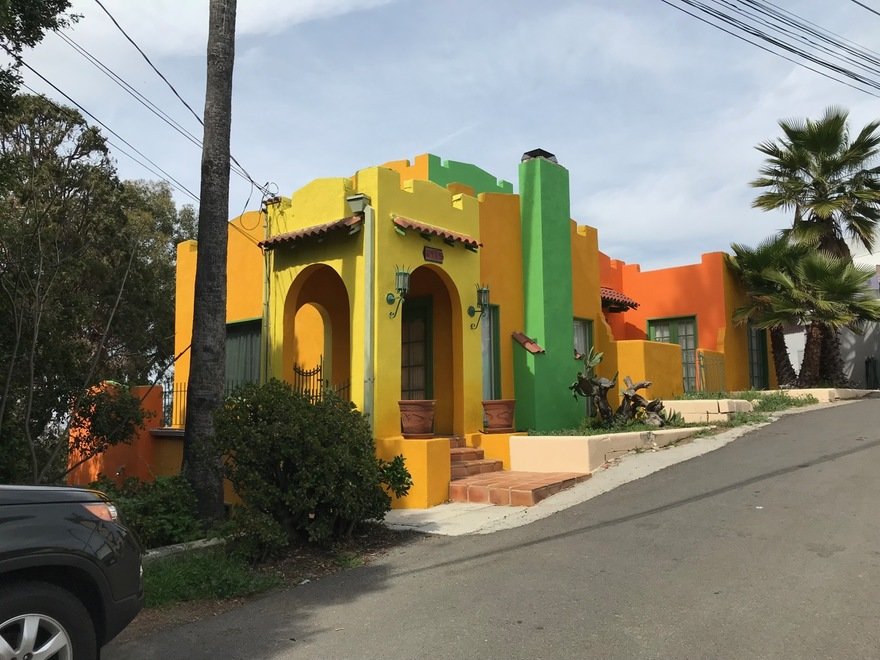 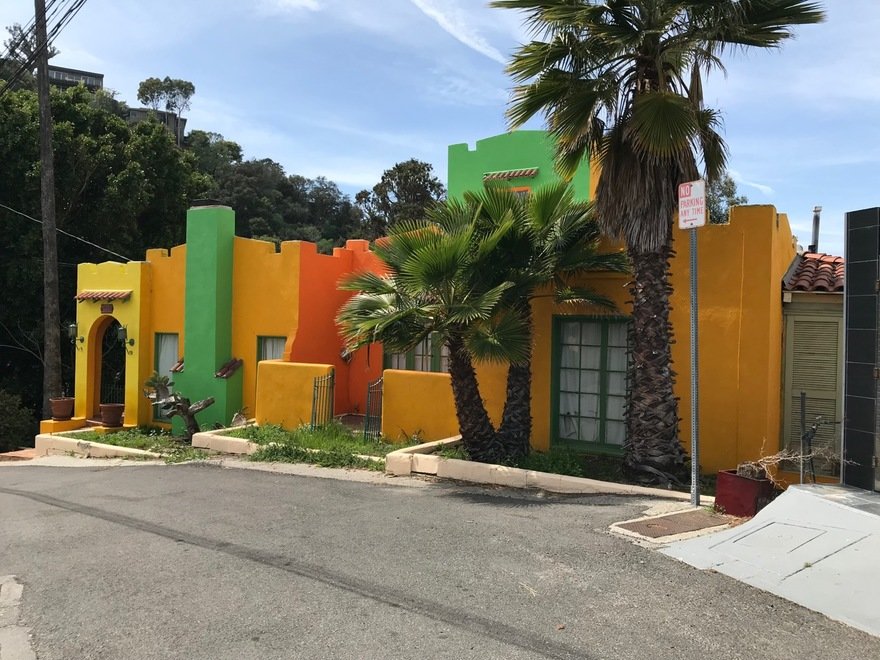 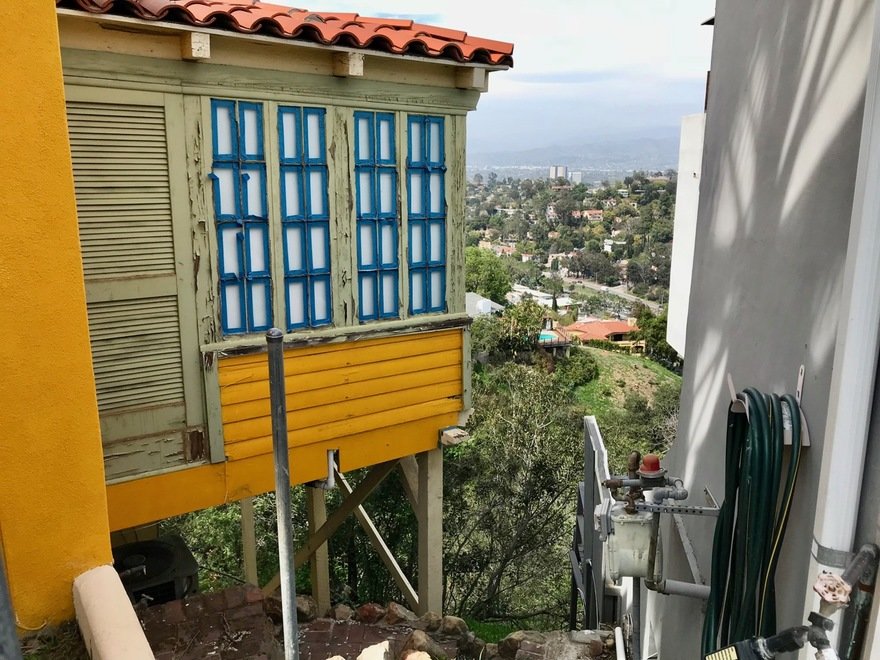 More photos on the way.