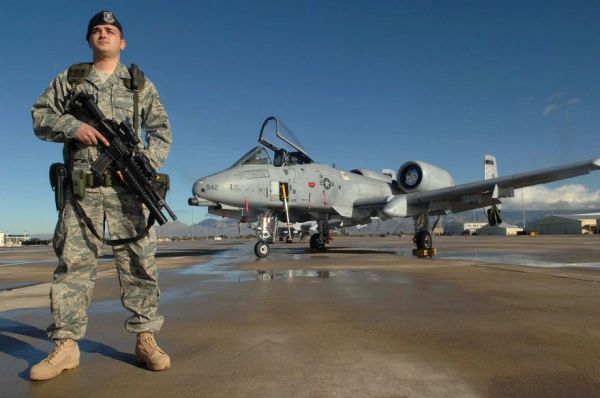 An email storm or “replyallcalypse” is when someone sends an email message to a list when they meant to send it to one person. Or instead of looking up that one person’s email address, they reply to an old message from them sent to a list and use “reply all” instead of “reply.” The storm gains steam as many people respond and point out the error or else want to be taken off the list, but they also use “reply all.” We reported on one such storm from Berkeley a few years ago. But now it’s happened to an even bigger list.

The US Air Force has an email address that can send a notice to everyone with an Air Force address. This can be useful for some things, like explaining a new policy that applies to all USAF members. But one would think that an address like that would be restricted as to who can use it. Instead, a clerical employee at Ramstein AFB in Germany requested help with a computer issue using the universal address instead of her department email list. Suddenly the entire Air Force worldwide knew that she couldn’t remove an outdated logo from her screen. Replies came in from all over. One was from Lt. Colonel Matthew S. Judd at Wright-Patterson Air Force base in Ohio.

Good Morning, I’m sorry to hear about your computer issue, I really have no idea what your issue is or have a good solution to the problem, but here’s a shot anyway:

Unplug device, head for the second story, open window and throw it out the window, should get rid of the green screen. I hope this helps.

The US Air Force has 328,255 active personnel. You can imagine how many responded to the original email using “reply all,” which surely disrupted official business for some time. Read more about the Air Force SNAFU at Gizmodo.