In a recent post on a large exoskeleton that mimics the movements of a “pilot” inside, I questioned whether it made sense to have humanoid-shaped, human-piloted robots do construction. I’ve just learned the question is being answered: Turns out that in Japan, they are testing a giant humanoid robot to perform construction tasks that might ordinarily be done using a crane.

The West Japan Rail Company has collaborated with Human Machinery Co. and Nippon Signal Co. to develop this centaur-like robot beast, or more accurately, a robot torso (with head and arms) mounted at the waist to a crane arm. 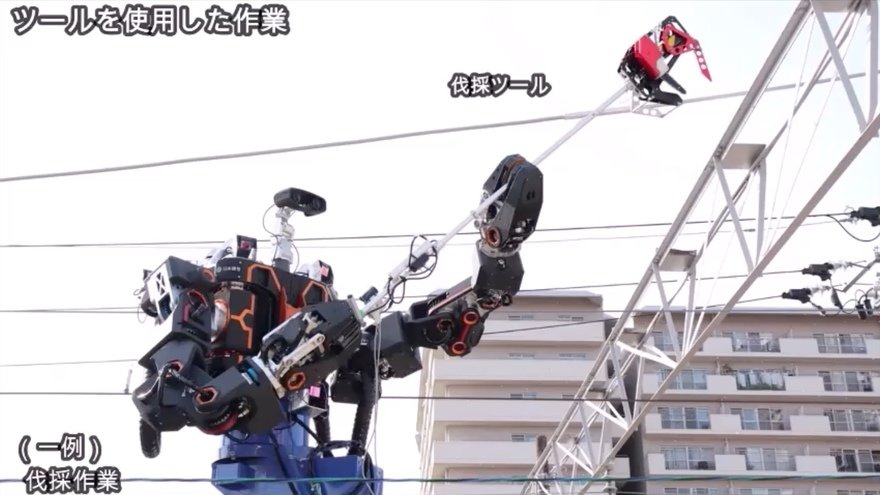 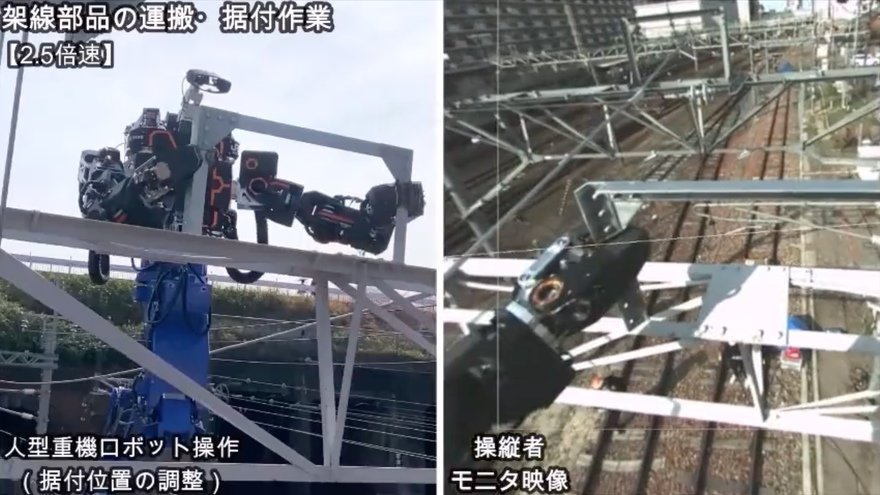 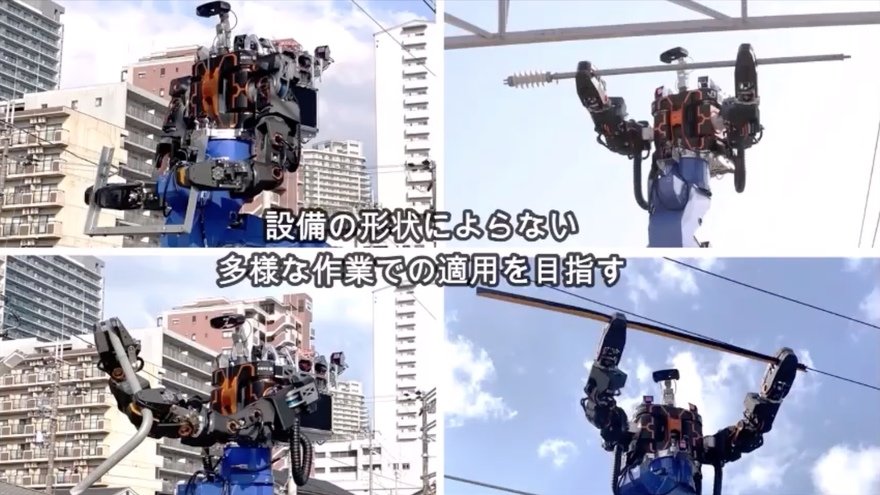 A pilot wearing VR goggles remote-pilots the ‘bot on-site, and essentially has his actions mirrored. When he turns his head to look around, the robot does the same. Ditto with arm and hand motions. They’re using the set-up to lift heavy elements into place. Here’s video of it:

We are developing multifunctional railway heavy equipment that combines heavy equipment robots and railway construction vehicles. We have developed a highly versatile heavy railway machine that can handle a variety of equipment installed in high places, and have been used by humans. By mechanizing the laborious work, we aim to improve productivity and safety.

The company states that the human pilot/humanoid robot executor arrangement is intuitive and easy to learn, with the operator receiving feedback of both weight and recoil, and the grasping motions mimicking human hands. They reckon safety will be increased with all workers on the ground, and only the robot working high up. Furthermore, they say they’re aiming for a 30% reduction in human workers required; this isn’t the evil it is in America, as Japan is essentially running out of people. Lastly they state they’re aiming for a 0% accident rate, as only the robot would be subject to impacts and electric shocks.

After testing out the prototype, the consortium hopes to have the robots ready for sale in Spring of 2024.