Cracks in water pipes start off extremely small, and are thus impossible to detect over many miles of pipes. Over time water does its thing, steadily widening the crack until catastrophe ensues and you have a water main break. If the crack could have been detected when it was still miniscule, it would have been easy, quick and cheap to repair. Cleaning up after a water main break, however, is a messy, prolonged and expensive affair.

Robotics engineer Dr. You Wu spent six years creating something that could solve that problem. Current water leak detecting technology relies on sound, using microphones attached to pipes to listen for changes in water pressure. But that technology only works for relatively large leaks–10 gallons per minute of water or more–and only works in metal, not plastic, pipes.

Dr. Wu’s solution can detect leaks of just 1 GPM, coming from cracks as small as 4mm, and in any sort of pipe. His Watchtower Lighthouse Robot is a small, soft shuttlecock that is inserted directly into a pipe and is borne along by the water flow. As it passes a leak, the slight diversion of water tugs on the skirt of the shuttlecock. Soft sensors around the perimeter log the direction of the tug, as well as the shuttlecock’s location in 3D space. 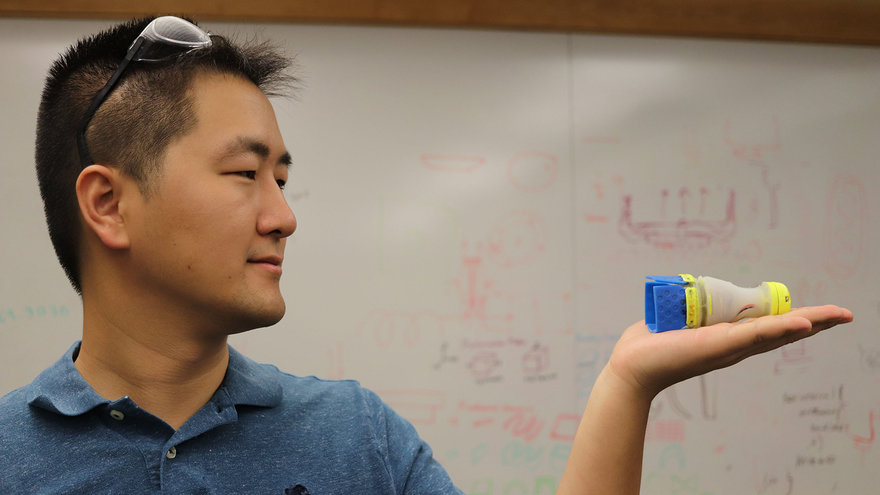 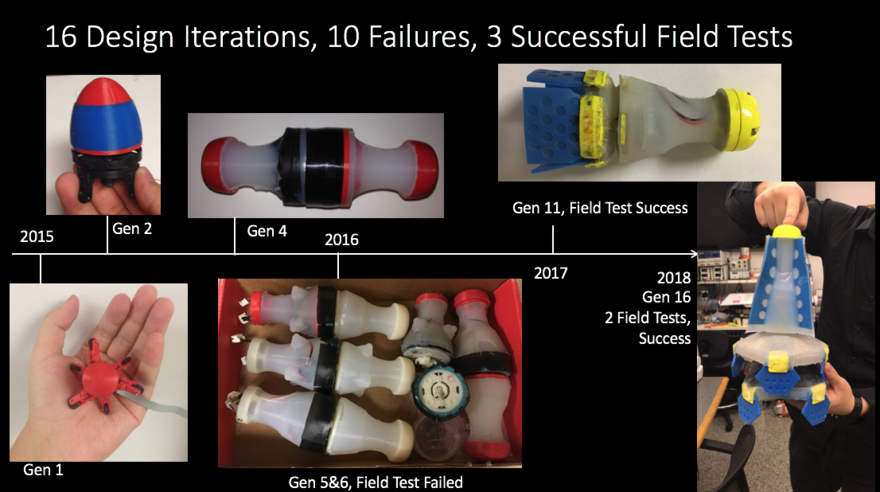 The shuttlecock is captured in a waiting net at a T-junction or hydrant further down the line. It wirelessly transmits its data to the operator’s computer, and the location of the leak pops up on Google Maps. “No digging is required, and there is no need for any interruption of the water service,” Dr. Wu writes.

That news report is from January. Later in the year, the Lighthouse Robot became the U.S. winner of the James Dyson Award: