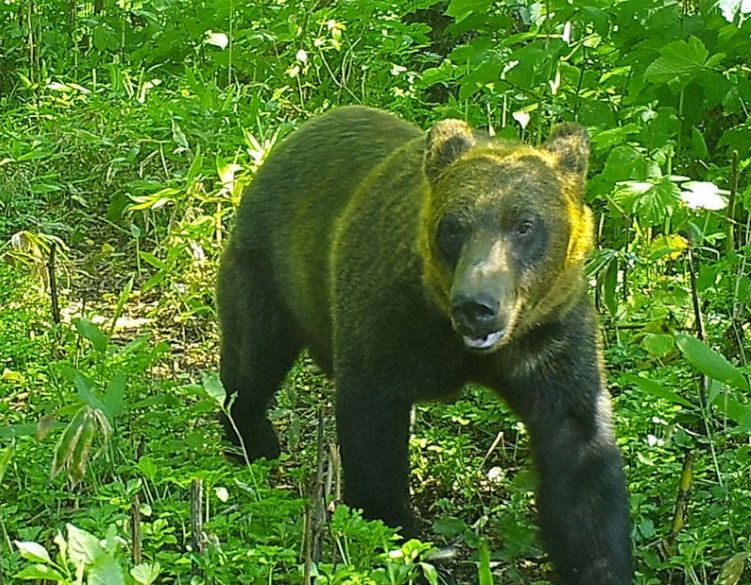 The distance between a bear’s eyes and its nose tends to vary and reflect individual differences among them. So that means that software can reliably identify specific bears by their faces. Three years ago, researchers in the United States and Canada developed the technology. Now conservationists are using it to track wild bears in northern Japan. The Mainichi reports:

The South Shiretoko Brown Bear Information Center, a nonprofit organization based in Shibetsu, is taking photos and accumulating data by installing automatic cameras at two locations on animal trails that brown bears use, and is accumulating data. However, taking photos from the front has proven unexpectedly difficult, and the organization has succeeded in taking only about 20 photos that can be used to recognize the bears’ faces. Nonetheless, they were still able to identify four individual bears.