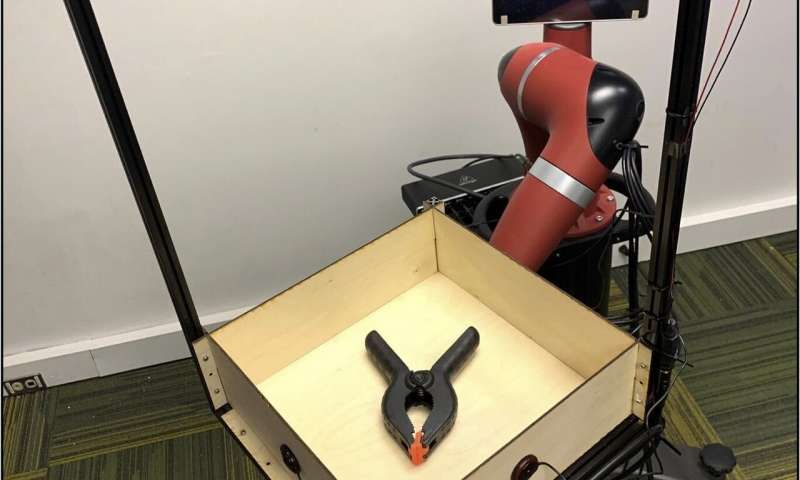 Humans and other living creatures use many of their senses to survive, as well as understand the environment around them. However, unlike living creatures, robots mainly use one sense and that is their sense of sight. Some robots, on the other hand, also use touch alongside the sense of sight. But in order to greatly improve a robot’s perception, researchers from Carnegie Mellon University found out that adding a sense of hearing to the machine would do the trick.

In what they say is the first large-scale study of the interactions between sound and robotic action, researchers at CMU’s Robotics Institute found that sounds could help a robot differentiate between objects, such as a metal screwdriver and a metal wrench. Hearing also could help robots determine what type of action caused a sound and help them use sounds to predict the physical properties of new objects.

“A lot of preliminary work in other fields indicated that sound could be useful, but it wasn’t clear how useful it would be in robotics,” said Lerrel Pinto, who recently earned his Ph.D. in robotics at CMU and will join the faculty of New York University this fall. He and his colleagues found the performance rate was quite high, with robots that used sound successfully classifying objects 76 percent of the time.

The results were so encouraging, he added, that it might prove useful to equip future robots with instrumented canes, enabling them to tap on objects they want to identify.

More details about this study over at TechXplore.