Utrecht’s central railway Station already has two bicycle parking facilities but, given high demand, they’ve just opened a third. As the Dutch are wont to do, they wrung usable space out of an unlikely site, in this case a skinny, long patch of land right next to the tracks.

With such a narrow footprint, they obviously had to build both upwards and downwards to create capacity.

Here’s how the space operates:

A lot of thought went into this facility. The Bicycle Dutch blog breaks down the design and functions of the “Knoop,” as it’s called: 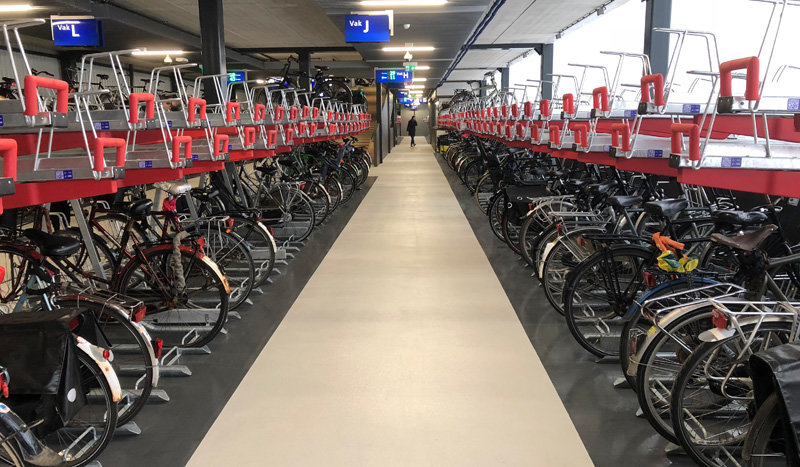 The elongated shape of the site dictated how much of the space needed to be used. The racks could only be placed parallel with the long side of the building. Had they been placed perpendicular, it would lead to numerous short dead-end corridors that would be socially unsafe. Such a placement of the racks would also render the building complicated to understand. 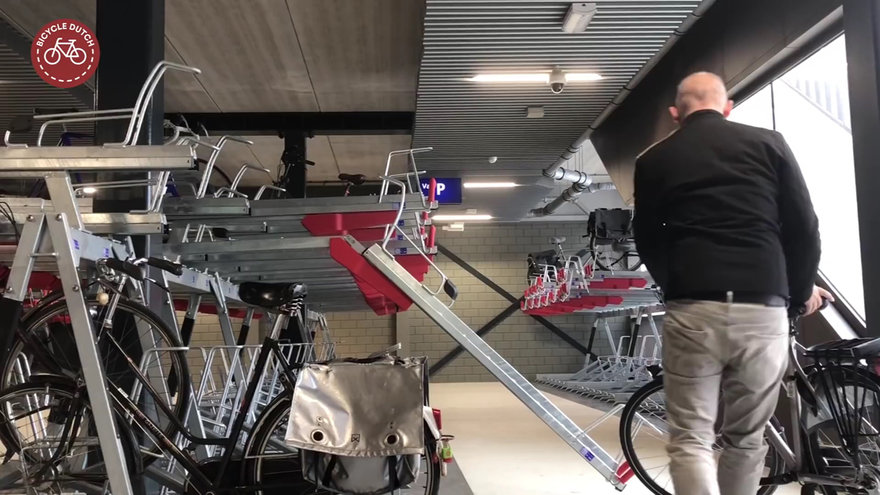 The three floors, one on ground level, one in the basement and one just under the walkway, give room to place two-tier racks for 3,000 bicycles. Two-tier racks are the standard in the Netherlands. 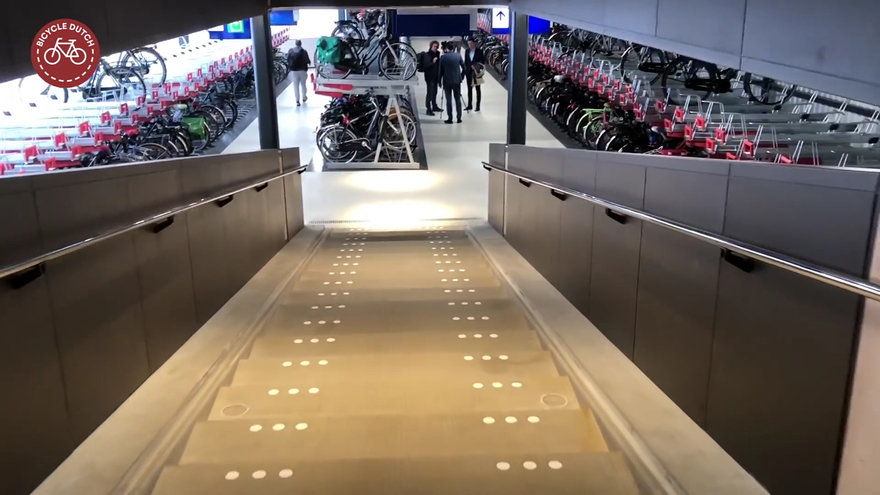 The wall between the facility and the bus station, that is in turn located between the building and the railway tracks, will always be free. That is why the architects decided to make that a wall of frosted glass. This floods the building with light. So much light inside is quite the opposite of the dark underworld that had existed under the 1970s walkways. A very deliberate choice. 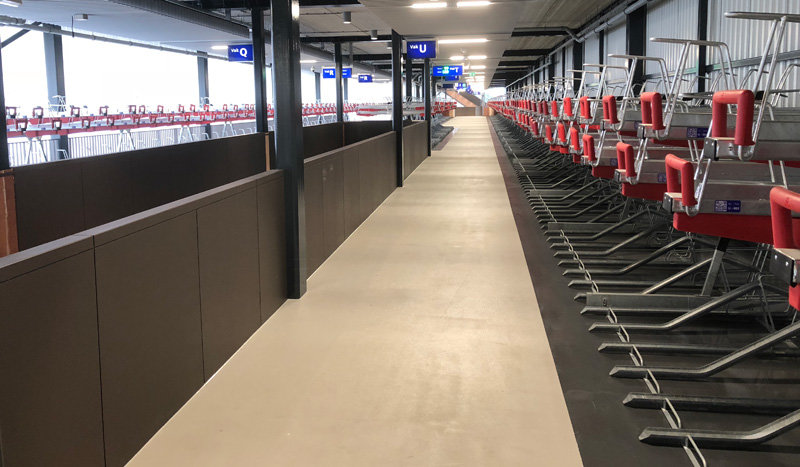 This facility is just a small part of what will be a larger solution for the train station. In the areas surrounding the station they’re planning to build capacity for a total of 32,000 bikes, “But it is already known that this won’t be enough in the future,” BD writes. “Utrecht is the fastest growing city of the Netherlands and more spaces will be needed.” I’m looking forward to seeing what they come up with next.