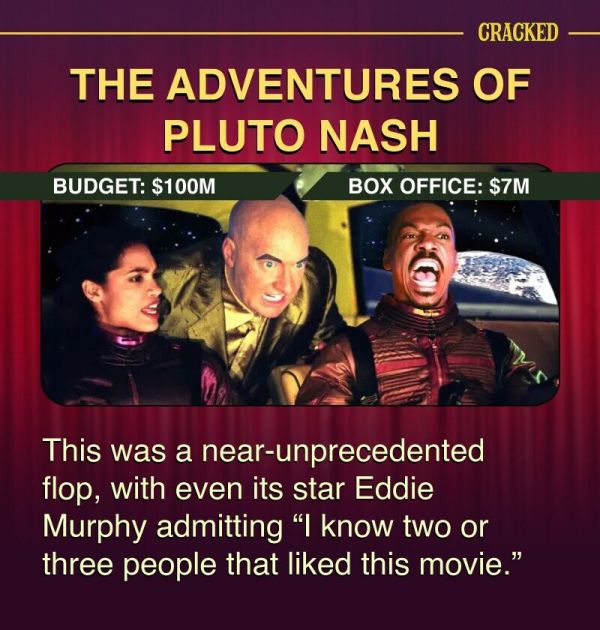 The bigger they are, the harder they fall, especially in the movie business. If your movie grosses $20 million at the box office, that’s really good- if you made it for $5 million. But if you spent $100 million dollars to pay the biggest actors and travel to the nicest locations, then you’ve got yourself a bomb. Studios sometimes invest ludicrous amounts of money in a film just to see it crash and burn in front of audiences. 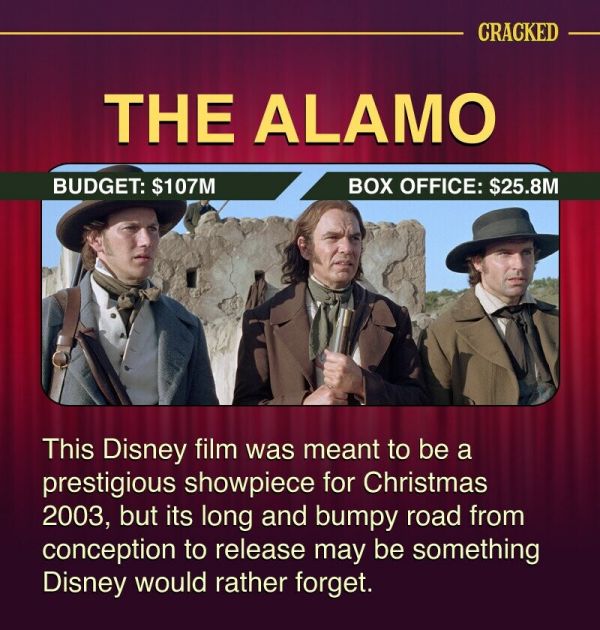 Shortly before Avatar: The Way of Water was released, James Cameron said that it would have to make two billion dollars to be profitable. That raised some eyebrows, but the movie is nearing the two billion mark now. Read about 15 movies that had huge budgets, but didn’t turn out so well for their investors at Cracked.