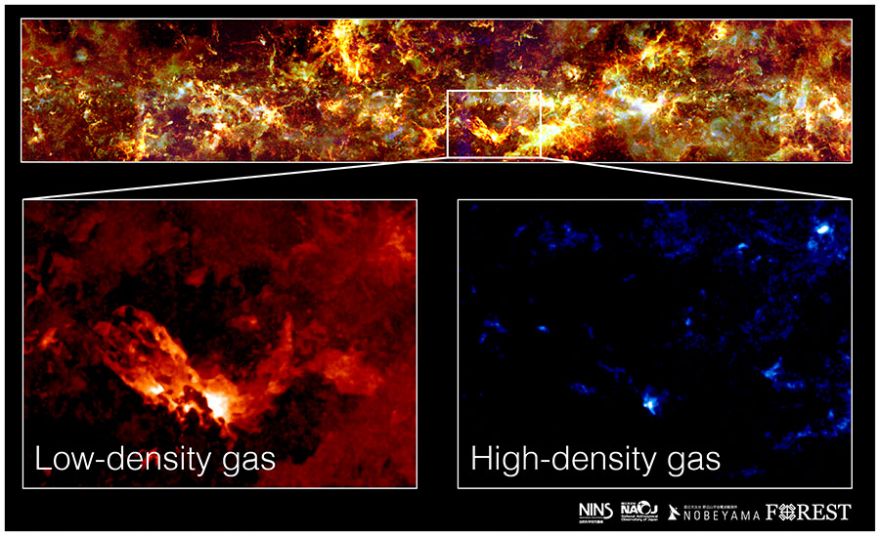 Even though there are millions of stars in the universe, it is quite curious that there aren’t a lot of new stars being born. One possible reason could be that there aren’t many opportunities for stars to be born, according to astronomers from the National Astronomical Observatory in Japan.

Kazufumi Torii, a project assistant professor at NAOJ, and his team analyzed the big data obtained in the FUGIN project, and measured the accurate masses of the low-density and high-density gas for a large span of 20,000 light-years along the Milky Way. They revealed for the first time that the high-density gas accounts for only 3% of the total gas.