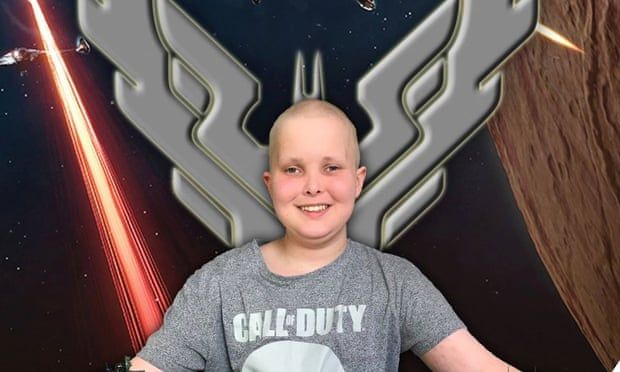 Mat Westhorpe sent out a tweet in dejection, showing his nephew’s own way of coping through his illness was playing video games. This tweet turned out to be a catalyst for his nephew to spend his final days with joy and elation, all thanks to Westhorpe, and the video game community:

There was nothing anybody could do for him; after almost six years of debilitating illness, all medical treatments had been exhausted or were no longer viable. We watched helplessly as this isolated, disabled and lonely autistic teenager unknowingly faced his final days.

Elite Dangerous had become a vital component of Michael’s care package. It is an online spaceship simulator set in a 1:1 scale approximation of the Milky Way galaxy, giving each player the freedom to explore its vast, austere beauty. It could be quite tranquil and very time consuming. Michael revelled in it. For us, it was a lifeline: I spent time with Michael in the game world as he tried to escape the suffering of the real one.

Facebook groups, Twitter and a post on theElite forum (carefully tended by moderator TJ, to whom I owe many thanks for his diligence and diplomacy) were filled with other Elite players (CMDRs) clamouring to take Michael on excursions to the far side of the galaxy, to crew up and go to war, or to run rescue missions. CMDR Picard discovered a new Earth-like world, named it Michael’s Rest and offered to take Michael there.

Michael loved the attention. It was difficult to decide how much to share with him; his autism and experience of the last five years meant that his social tolerances were poor, so we tried to discourage too much contact with strangers on the internet. But the overwhelming kindness of this video game community was such a powerful, positive thing that it would have been a shame to keep Michael from it.