Recently, a story from one Reddit user who worked as a videographer for “a 7-figure company” caught everyone’s attention on the r/antiwork subreddit. The person also shared how little they were paid, how toxic the office environment was and how there was “an insane amount of work.”

But the videographer didn’t let their hands down and kept pushing through. “How I managed to do it for 6 months is beyond me, especially for how shitty I was paid.” Naturally, the time came to ask for a raise and this is where the story turns sour.

Not only was the author fired in return, they were also told to not be “pulling their weight,” which is the last thing someone who worked really hard deserves to hear. Read on for the full story below, which ends in pressing delete on the hours upon hours of video work.

After getting fired from his toxic workplace, this Redditor who worked there as a videographer discovered that the company has still been using his work 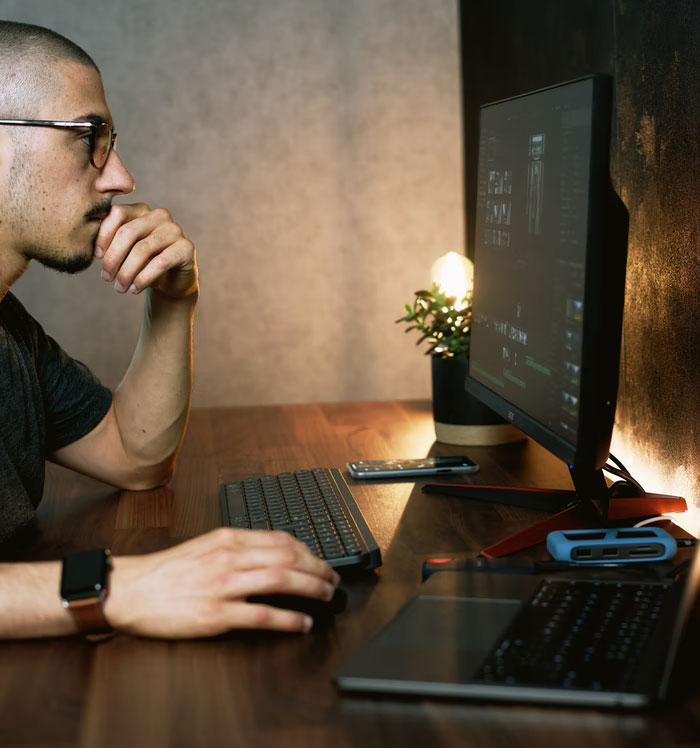 So fed up with the whole thing, he deleted thousands of hours of work 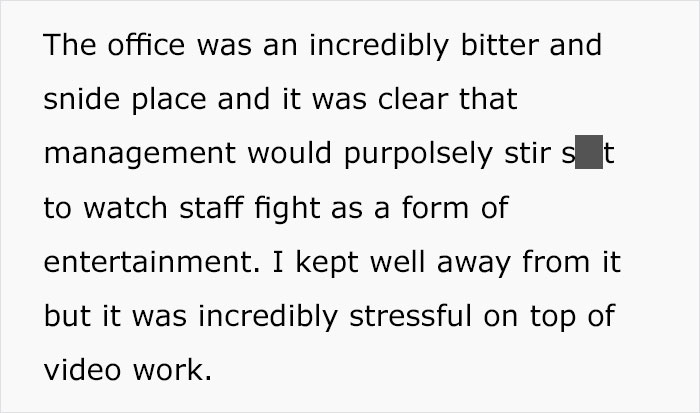 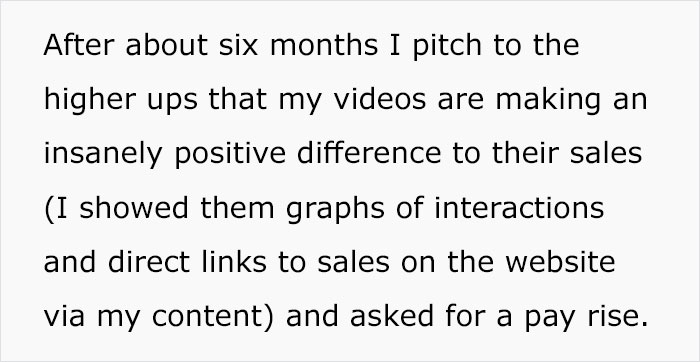 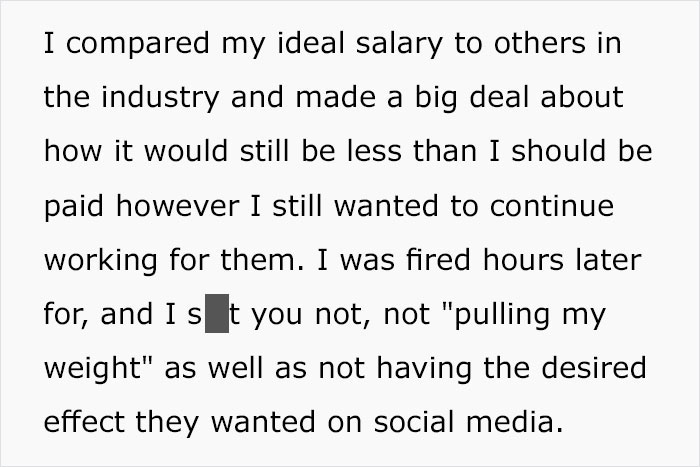 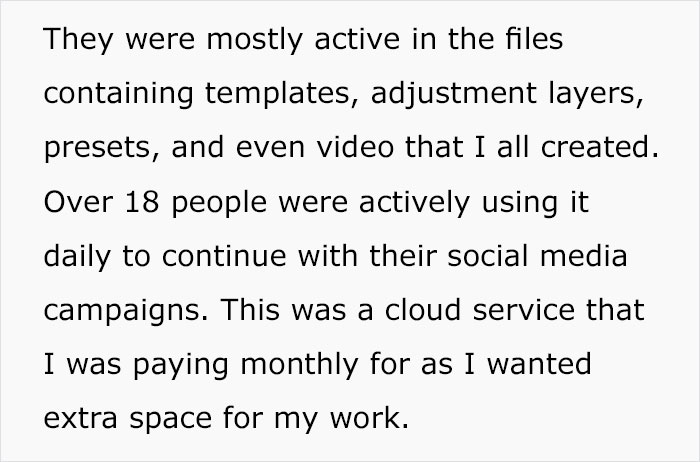 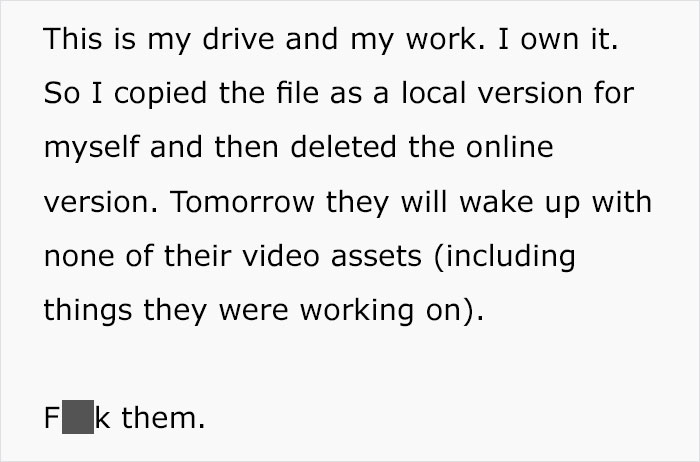 And this is what people commented on this whole situation 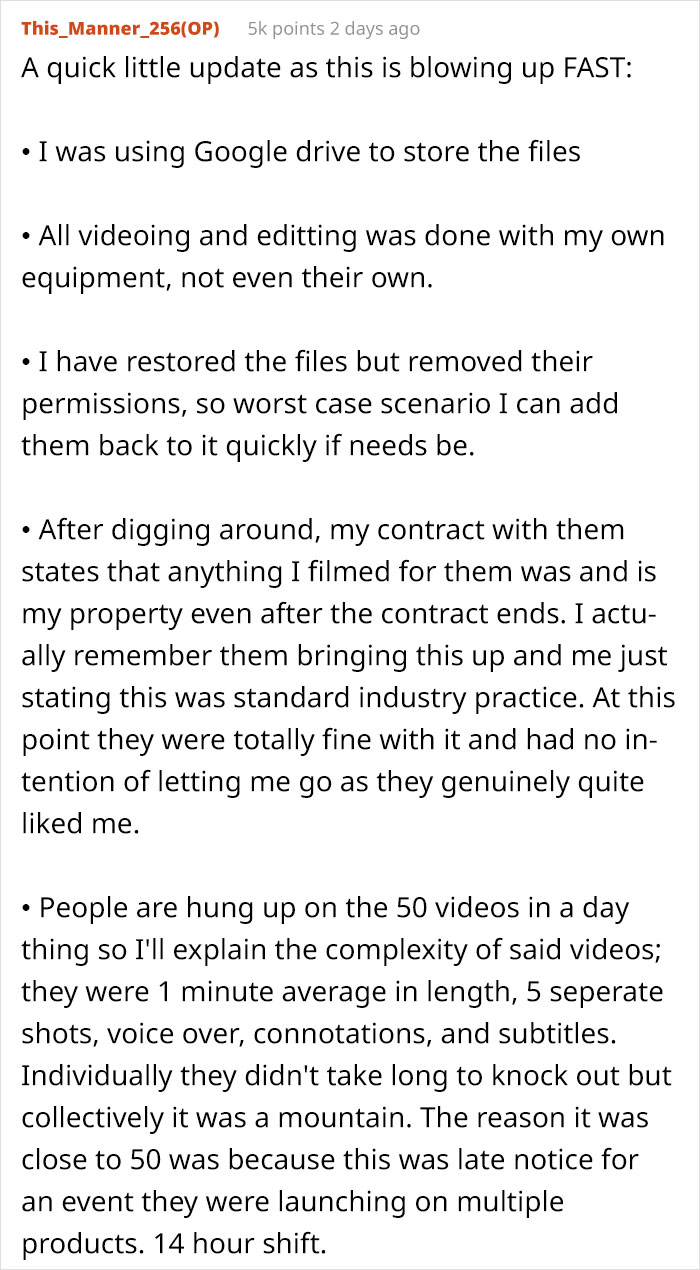 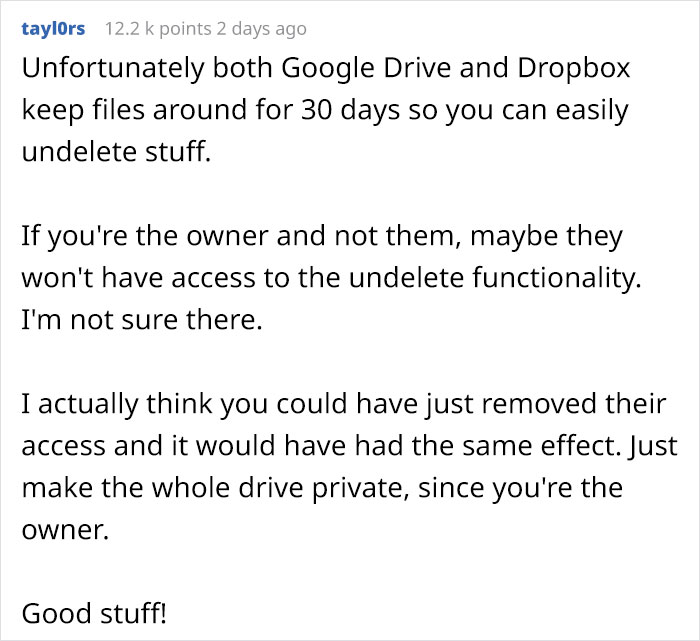 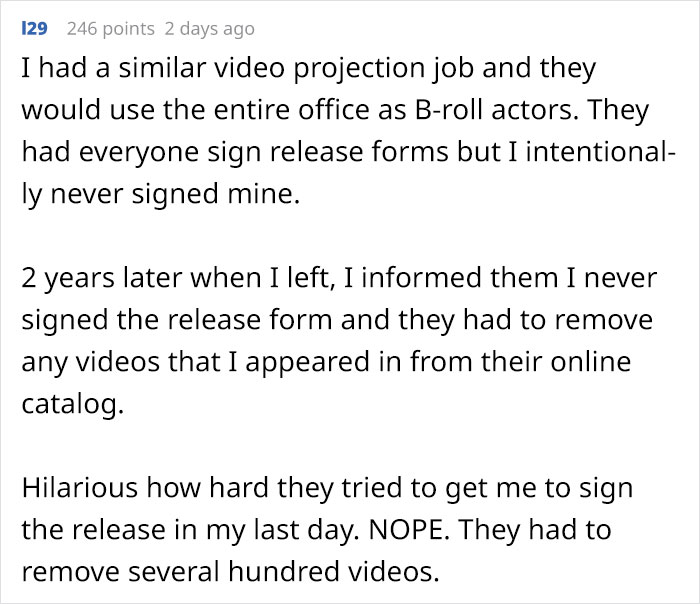 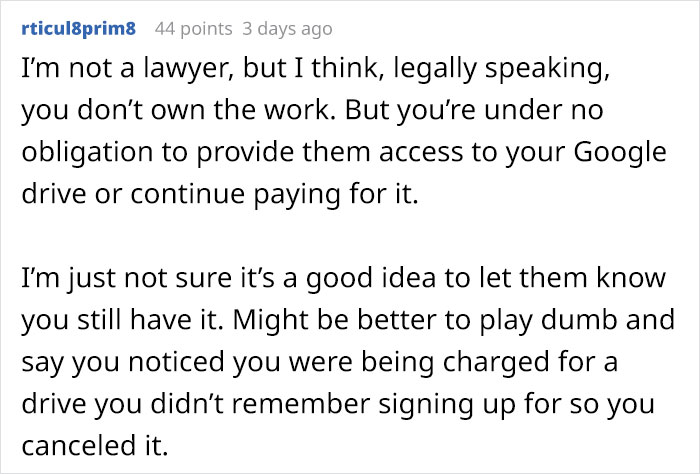 The post Videographer Deletes Thousands Of Hours Of Work To Get Revenge On His Old Job first appeared on Bored Panda.