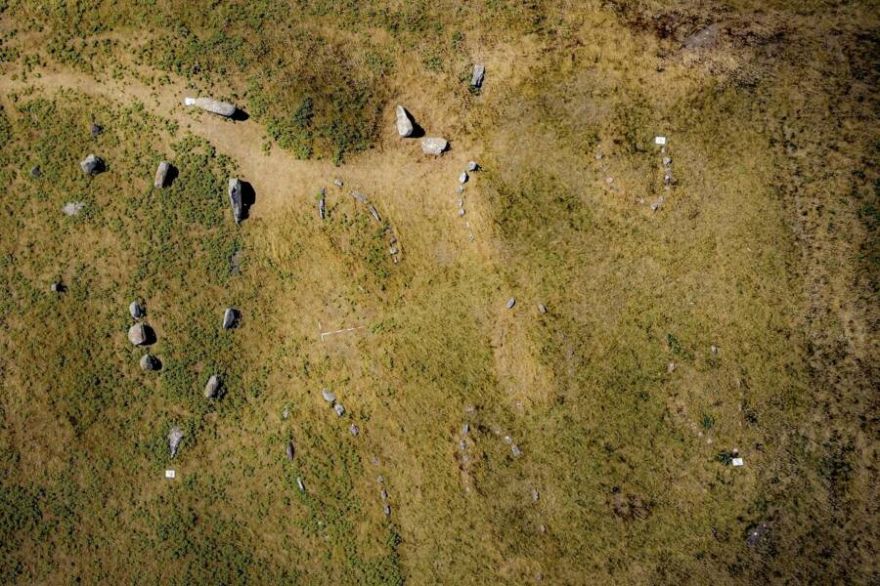 Researchers from Flinders University in Australia have discovered two Viking ship burials thanks to a combination of modern technology and drawings by antiquarian Ole Worm. These drawings, which showed more than 20 ship burials, are dated to be over 400 years old. For reference, at the present time, only ten of those burials have been found:

“Our survey identified two new raised areas that could in fact be ship settings that align with Worm’s drawings from 1650,” said Dr. Erin Sebo, lead author of the studypublished in The Journal of Island and Coastal Archaeology.

“One appears to be a typical ship setting and the second remains ambiguous but it’s impossible to know without excavation and further survey.”

The recent survey is the first study of the Kalvestene site since the National Museum’s research in the early 20th century. It is the first to pair Ole Worm’s drawings with on-the-ground research.

Sebo and her colleagues used several approaches tosurvey the site, from studying relevant medieval records and taking aerial photogrammetry to scanning the island of Hjarnø with laser imaging, detection and ranging (lidar).