In the Flanders region of Belgium, a favorite pastime among the old Dutch-speaking folks is raising and training the common chaffinch (Fringilla coelebs)—a small passerine bird about an ounce in weight, with a bright blue-grey cap and rust-red underparts. The males of the species are the most sought after because of their brighter plumage and stronger voice, which makes them a popular caged songbird.

The chaffinch breed between spring and early summer. During this period, the male chaffinch tries to attract females by making short 2-3-second-long mating calls. The chaffinch song varies from region to region, just like human dialects, and this is a source of much fascination and research among scientists. Spring is also the time for vinkensport, or vinkenzetting (finch sitting), a 400-year-old sport where chaffinch breeders compete against one another on who could make their bird sing the most. 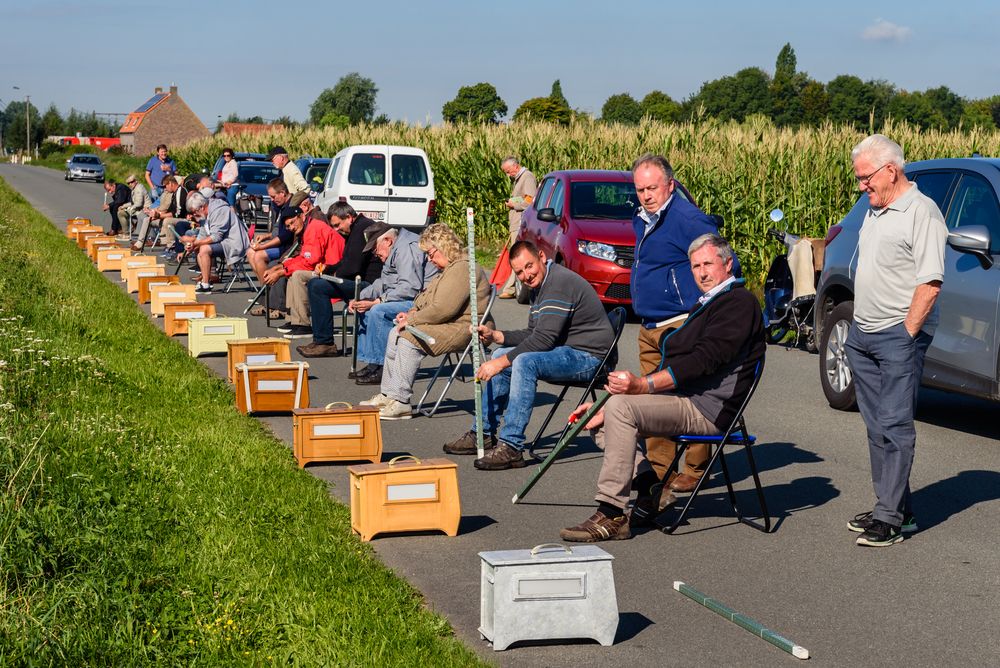