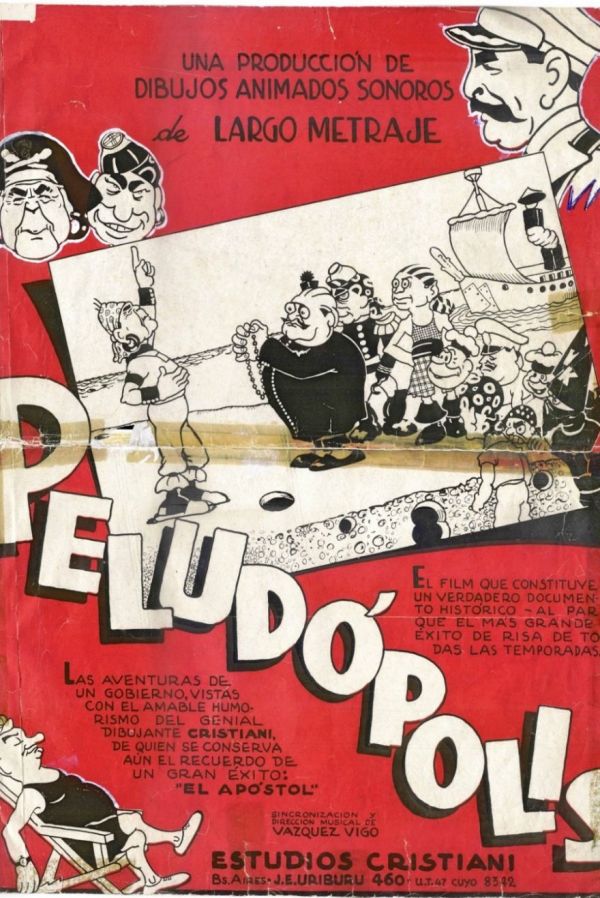 Peludópolis premièred in mid-September 1931 at the Cine Renacimiento in Buenos Aires. It was a glorious day for Cristiani. To start, General Provisional himself—President General Uriburu—attended the première and congratulated Cristiani directly on the “great work of satire and a noteworthy acclamation of the Argentine armed forces.” On top of that, Cristiani’s 70-year-old father Luigi was also at the event and proudly watched his youngest son receive the president’s compliments afterwards. Furthermore, most of the critics’ reviews of Peludópolis praised it as stellar. Several publications independently assessed the film with statements along the lines of “What more could we want?”

But Peludópolis made relatively little money—so little that in spite of the film’s warm critical reception, Cristiani’s studio lost an impressive 25,000 pesos (about $1.65 million in modern dollars). The disparity may well be attributable to how chaotic the political scene was in Argentina.

Yes, both El Apóstol and Peludópolis were political satires, and both are lost films, having been destroyed in separate fires. But they were a small part of Cristiani’s body of work as an animation pioneer in the early 20th century. Read about the fascinating life and work of Quirino Cristiani at Damn Interesting.