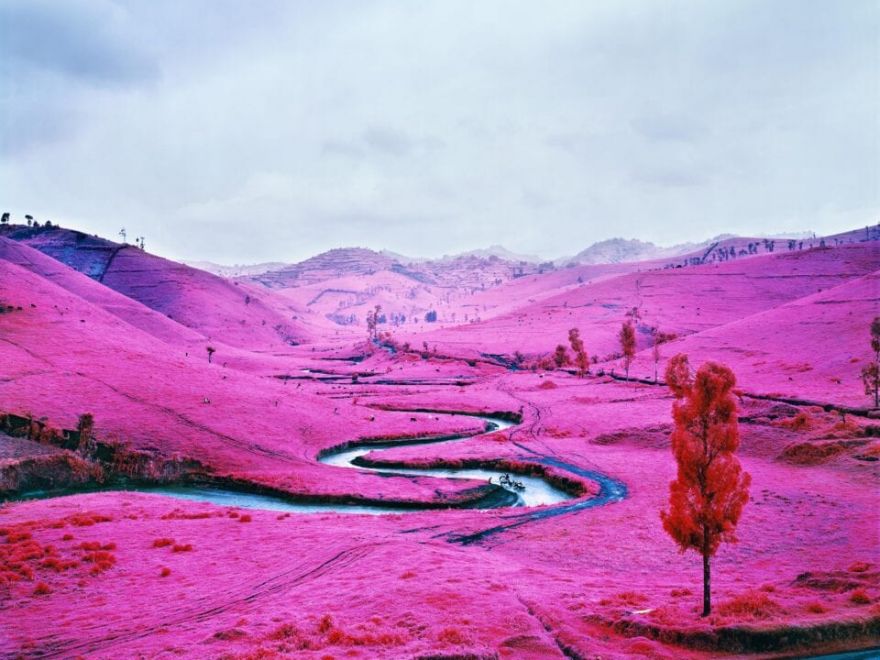 Richard Mosse made use of an unexpected color that made his photographs pop and more eye-catching towards its viewers. The Irish-born photographer used the color hot pink, which is not normally associated with the subject of his photography — conflict. Mosse employed vibrant pink hues in Infra, a series where he portrayed conflict in the eastern Democratic Republic of Congo. The photos were hypnotic, beautiful, and jarring, even more so with the bright pink hues in the images:

“Somehow the way he has done it both repels and attracts you – it gets you completely immersed in the subject matter,” Brett Rogers, director of the Photographers’ Gallery and chair of the panel that awarded Mosse the 2014 Deutsche Börse Photography Foundation Prize, told the Guardian at the time. Mosse is one of a generation of artists behind the conceptual turn that a strand of documentary photography has undergone in recent years. These photographers strive to make their viewers conscious of photography’s limitations and its inherently flawed claims to objective truth by bringing in elements of fiction or by using, as Mosse does, a highly stylised visual language that forces us to look at familiar subjects in a different way.

Displaced, the first retrospective exhibition of Mosse’s work, is currently on show at Fondazione MAST in Bologna, Italy, showcasing 77 large-scale images, installations and videos made between 2010 and the present. It chronicles how his approach has developed over time. As well as Infra and its sister project, the multimedia installation The Enclave (2013), the exhibition features his 2017 Prix Pictet-winning stills and film Heat Maps and Incoming (2017). Like the earlier works, these were created using military imaging technology, this time a thermal heat camera that can detect body heat from 30m away and is illegal under international law.