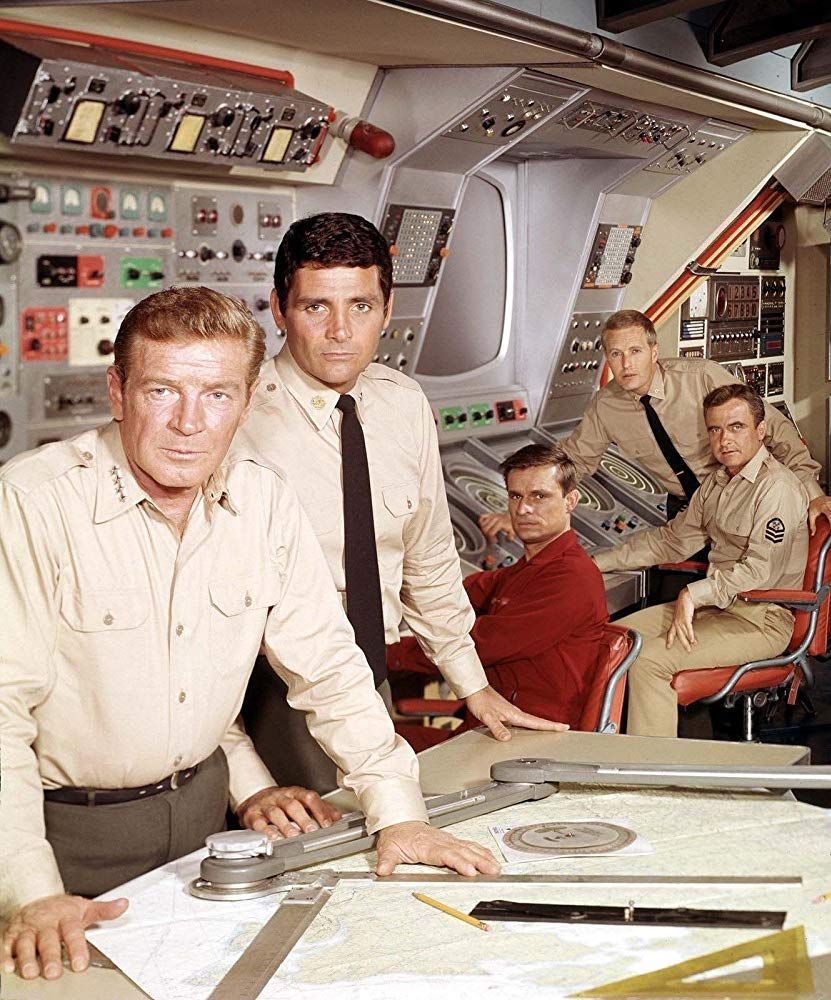 The 1960’s was a breakout decade for science fiction on TV. There was Star Trek, The Time Tunnel, the Invaders, Lost In Space, and others, among which was perhaps Irwin Allen’s finest effort – Voyage to the Bottom of the Sea.

Inspired by Irwin Allen’s 1961 film of the same name, Voyage to the Bottom of the Sea was must-see TV for anyone age 18 and below during the years it aired, 1964-1968. Casting was outstanding, with Richard Basehart as Admiral Nelson and David Hedison as Captain Crane. From the IMDb we see: Voyage chronicled the adventures of the world’s first privately owned nuclear submarine, the SSRN Seaview. Designed by Admiral Harriman Nelson, she was a tool of oceanographic research for the Nelson Institute of Marine Research. Though the show is known for its "monster" episodes, many plots were veiled commentaries of what was happening in the news. Such plotlines as nuclear doomsday, pollution of natural resources, foreign threat, and theft of American technology are all still relevant today.

The show was straight-up science fiction with frequent appearances of ‘monsters’ as stated above. Early episodes were excellent, but, as with other TV series discussed in Neatorama, later episodes were in definite decline, some few laughably so, and probably due to budget cuts. Special effects were generally good for 1960’s television and I have to admit that the Flying Sub had me in thrall at each appearance.

Happily, many if not all episodes are available through YouTube and I have embedded a couple of random ones below. They are indeed at random, for I cannot recall the names of the best ones after more than 50 years. See or View (that’s a joke) a few to learn what other cult 1960’s sci-fi was like.