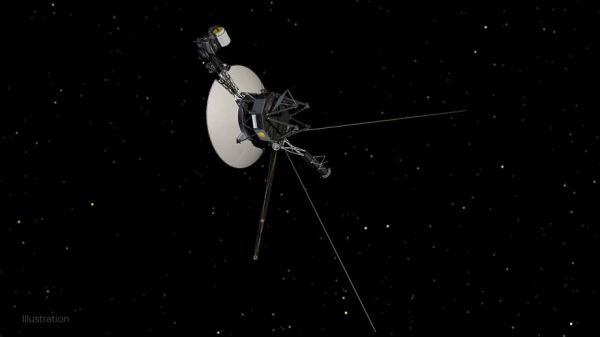 NASA has been receiving some glitchy data from Voyager I. Yes, you may be surprised to learn that Voyager is sending and receiving signals from earth, which are a little bit concerning lately. Data from its articulation and control system (AACS), which control the probe’s orientation, don’t match what is happening onboard. How would they know? Because if the data sent back was correct, the antenna would not be pointing toward earth, and we wouldn’t have received the signals. Voyager’s signals are still strong, and engineers are trying to pinpoint the problem.

But they really don’t consider it a terrible problem. Voyager was launched in 1977, and honestly wasn’t expected to send back signals this long. It is now outside the solar system, 14.5 billion miles (23.3 billion kilometers) away. NASA engineers have to be specially trained to use its “obsolete” but still working equipment. When it launched, computers were programmed by punch cards and those of us who weren’t programmers were giving up our 8-track players for cassettes. Its partner Voyager II is close behind, at 12.1 billion miles (19.5 billion kilometers) away from earth, and has shown no problems in communication. Read an update on the 45-year-old V-gers at NASA’s Jet Propulsion Laboratory.  -via Geeks Are Sexy