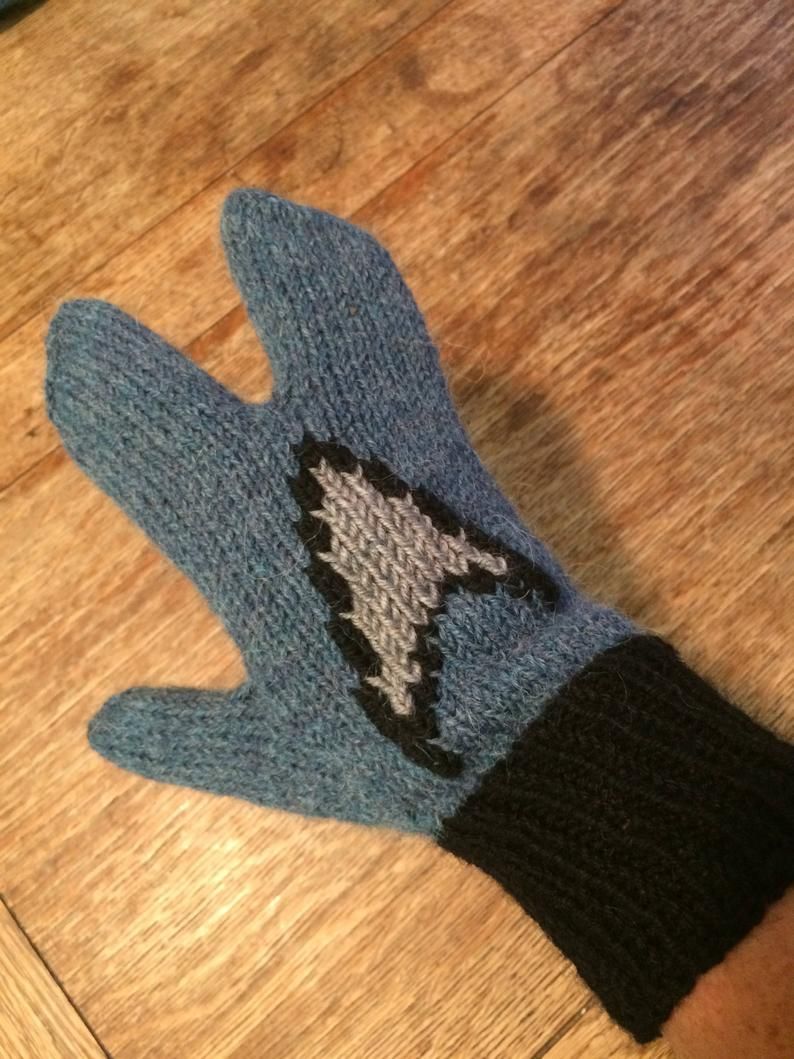 Etsy member Jennifer Symons made these cute mittens. They automatically put your fingers into the position of the Vulcan salute.

Do you know the origin of this gesture from Star Trek? Memory Alpha describes how Leonard Nimoy invented it:

The Vulcan salute was devised by Leonard Nimoy, based on a gesture made by various Jewish denominations, including Orthodox and Conservative. In TV Land’s The 100 Greatest TV Quotes & Catchphrases, William Shatner described the salute as a benediction, comparing it to the Sign of the Cross. The gesture actually forms the Hebrew letter “Shin” and represents the honorific title “Shaddai”, which means “Almighty (God).” The hand gesture is traditionally used by the Kohanim (Hebrew “priests”), Jews of priestly descent, during a blessing ceremony performed during the prayer service of certain Jewish holy days. The Jewish blessing is done with both hands, with arms extended upward at roughly a forty-five-degree angle, rather than one hand held upright as in the Vulcan salute. Nimoy learned the gesture, which takes practice to do, from visiting his grandfather’s synagogue as a child.