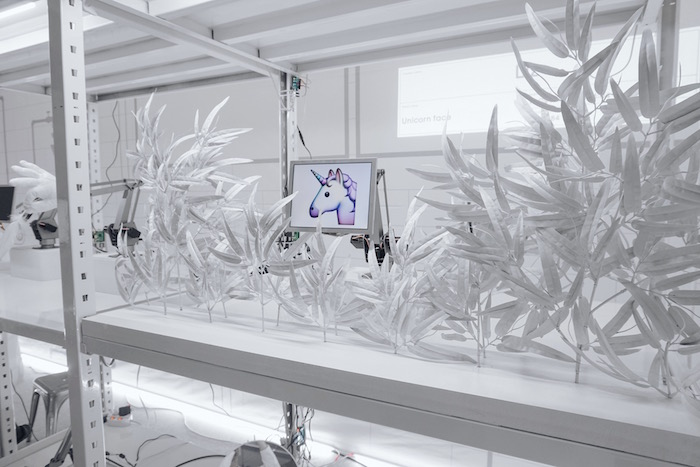 All images courtesy the artist

Intended as a physical space for digital emotions, Asia Culture Center’s ACT Festival in Gwangju, South Korea invited visitors to the “Emoji Center” to select one 1,369 emoji for ownership. “I wanted it to feel like a bureaucratic center,” says creator Ben Chaykin, about his experiential installation. On a tablet screen, an animated poo emoji smiles its manic-eyed grin, before being dunked into a beaker of water. Elsewhere in the sterile laboratory, a hand tickles the emoji, feather flourished, before a lab-coated assistant hands over your card.

Chaykin wanted this process to poetically replicate what happens in your head and phone when you decide to use an emoji. “It’s kind of a physical representation of the emoji. The robotics digitally show the emoji but physically animate different actions,” he says. Once the process is complete, the participant is printed an emoji registration card, including their name or Instagram handle, selected emoji, and date of approval. 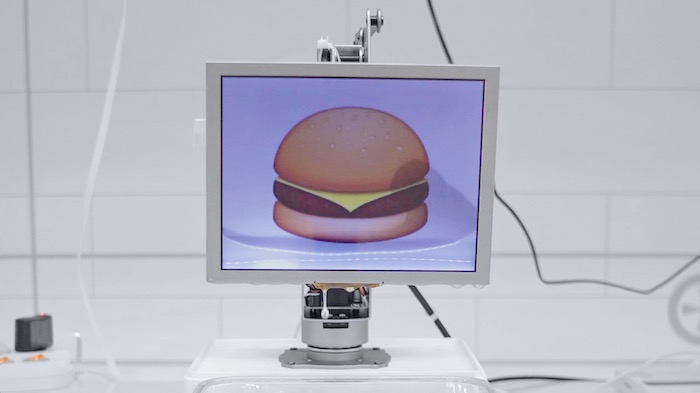 “Once you pick you emoji, you take it home,” says Chaykin, explaining that, of the two cards printed for each emoji’s owner, one goes on the wall showing all registered emoji, the other goes with the participant.

A bit like owning a puppy, getting your emoji card printed comes with its own responsibilities. Says Chaykin, “We know emoji as stuck in this tiny little digital prison that we hold in our hands. By putting them all on a wall and animating them doing everyday things, I hope that people can see them differently.” 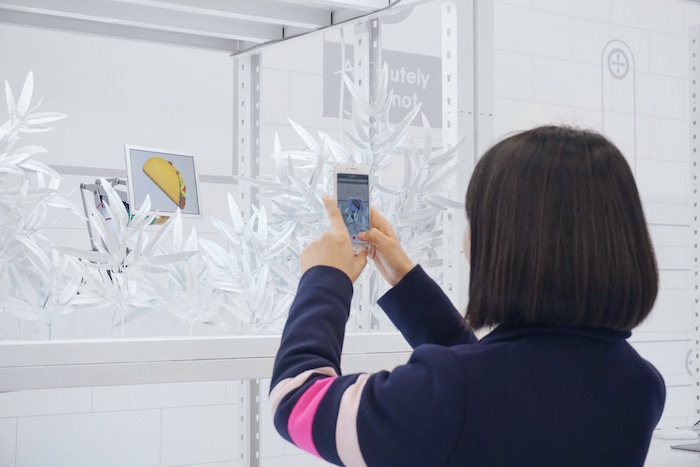 Chaykin, who produces brand experiences for creative agencies, is fascinated by emoji. “It’s a new technology, but it’s also kind of a language—rules for grammar and syntax have been developed autonomously by the world.”

One of the most interesting things to Chaykin, an American new to South Korea, was the cultural repercussions of this new language, which extended even as far as which set of emoji to use. He says “I chose the Apple emojis because to me, those are the golden standard, but in Korea they’re a bit more Samsung-focused.” 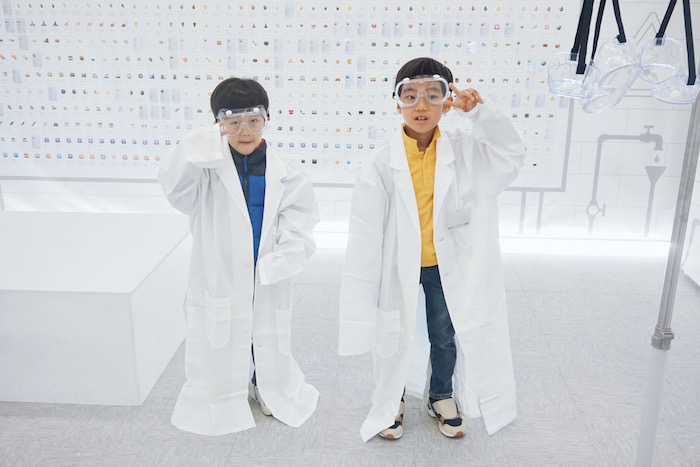 Chaykin was also surprised by which emoji were the most popular. He says, “The unicorn was so popular. Which is so funny because unicorn is supposed to be this one-of-a-kind mythical animal. Meanwhile, the pizza emoji took two weeks for someone to get but I’m sure in the Western world, someone would have had that in the first hour.” 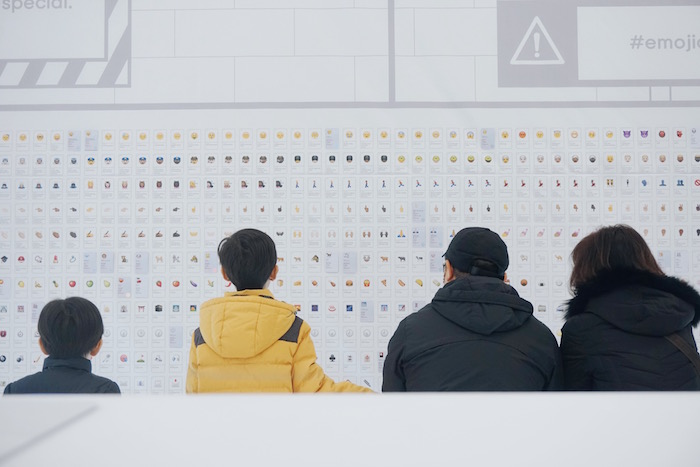 Visitors also linked their choice of emoji to other ways of performing social identity. Many used it to mark themselves as part of a couple. “There’s also an awesome couples culture in Korea. Couples will dress together and wear the same outfits. At Emoji Center, a lot of people would get couples emojis.”

As my conversation with Chaykin winds up, he asks me if he can send me my own official Emoji Center card. I select the upside-down smiley face, a commitment to my ambivalent, sarcastic personality. “Good choice. Mine is the crystal ball,” Chaykin explains: “A lot of the work that I love to do has some mythical magic to it. Doing creative technology, I like to think I have some kind of a magician’s touch.” 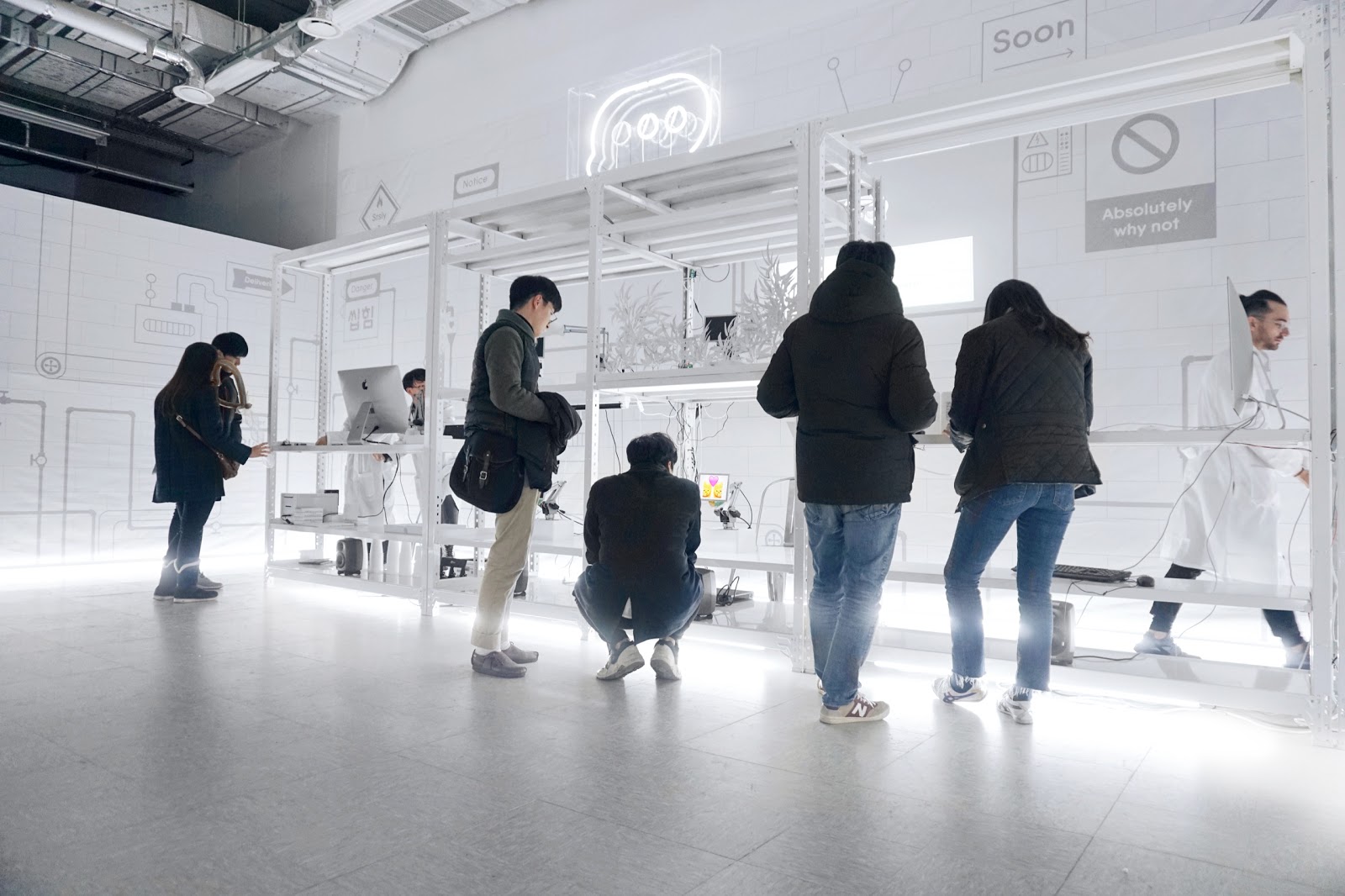 The 72 New Emojis Are All About Throwing Shade

Rating Want to Own an Emoji? Come to This South Korean Pop-Up is 5.0 / 5 Votes: 4
Please wait...
Loading...
Related articles