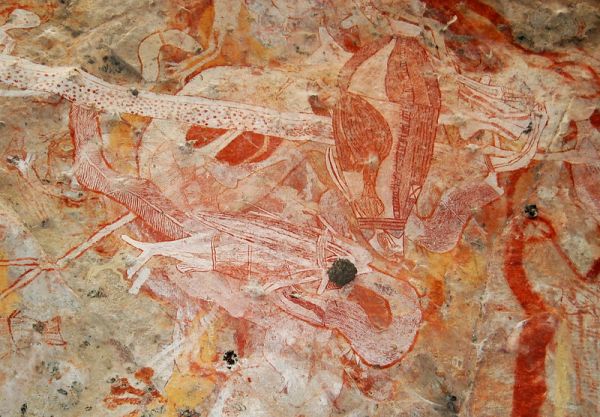 Humans were busy killing each other many thousands of years ago, before they had the ability to leave written records about it. How do we know this? Archaeologists have uncovered evidence of warfare all over the world. It’s all in how you read the clues. For example, a burial ground in the Nile Valley in Sudan dating back 13,500 years shows that burials were spread out over time, but of 61 bodies examined, 45% show evidence of violence by other humans. This indicates an ongoing struggle, possibly for dwindling resources. In Germany, several hundred were left unburied in one spot around 1200 BCE. Isotope analysis shows that many of them had traveled from elsewhere to do battle. In Australia’s Northern Territory, 10,000-year-old cave paintings depict people fighting each other. In Syria, actual weapons were found, clay pellets shot from slings that could pierce walls, dated to 3500 BCE. Read a roundup of ten prehistoric battle sites from all over the world, and what they tell us about ancient warfare at Mental Floss.