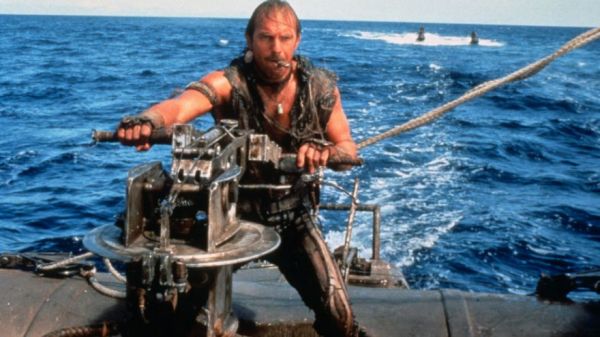 There is growing evidence that the earth may have been completely covered by water billions of years ago. Some of the evidence comes from the mantle, the layer of the planet that makes up two thirds of the earth’s mass. The minerals down there can hold water, but long ago they weren’t able to hold as much water as they do now.

What they posit is that, eons ago, the Earth’s surface used to have a lot more water on it, maybe twice as much as it does now. Water seeping down into cracks in the crust may have weakened the crust, starting plate tectonics for the first time. When one plate slid under another (called subduction) it brought water with it, which was then stored in the mantle. As time went on and the mantle cooled, it was able to hold more and more water (plus as the mantle cools it’s easier to form wadsleyite and ringwoodite, so it could soak up even more water). They suppose that over time the mantle sucked down about half the water on the surface, leaving us with what we see today.

The composition of the mantle is not the only evidence for an ancient water world, but it is the focus of an explanation from Phil Plait at Bad Astronomy.